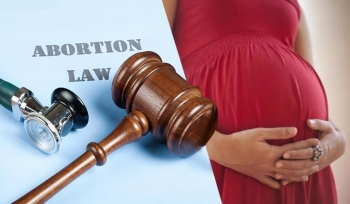 The Supreme Court of India on 29 September 2022 declared in its judgement that unmarried women are also entitled to seek abortion of pregnancy in the term of 20-24 weeks, arising out of a consensual relationship. "All women are entitled to safe and legal abortion. Distinction between married and unmarried women is unconstitutional,” said the Supreme Court Bench comprising Justices D.Y. Chandrachud, Surya Kant and A.S. Bopanna.

It may be useful to recall here that the Parliament had amended the Medical Termination of Pregnancy (MTP) Act 1971, a year ago on 24 September 2021. This Amendment had extended legalization of abortion up to 24 weeks under some special circumstances (while originally it was up to 20 weeks). Among the special circumstances which make a woman entitled to terminate her pregnancy (abortion) is when marital status changes during pregnancy (e.g., divorce, widowhood).

The Supreme Court judges, however, thought that restricting the benefit of this law only to married people is too restrictive interpretation of the rule. According to their judgement “the artificial distinction between married and single woman is not constitutionally sustainable. The benefits in law extend equally to both single and married women”.

The case in point was a Manipuri unmarried woman, aged 25, who approached the Delhi High Court seeking termination of her pregnancy of 23 weeks and 5 days stating that her partner of consensual relationship had refused to marry her and she did not want to give birth to the child. The Delhi High Court refused relief to her stating that an unmarried woman whose pregnancy arose out of a consensual relationship, was not covered by any of the Clauses under the M T P Rules, 2003.

Legal, but not Moral

We must note here that any direct abortion, at any stage of pregnancy, is immoral. What is legal is not necessarily moral. Many things may be legally permissible in a Civil Society but that does not mean that they are also by that fact morally acceptable. As human beings we have obligation not only to follow the State laws but also God’s law. And if civil law goes against natural law or divine law, the moral obligation is to follow the natural law or divine law.

The supreme Court Judgement upholds the rights of a woman, her reproductive rights, autonomy, dignity and privacy but the fundamental right to life of the innocent, weak, voiceless, and defenceless child in the womb is totally ignored and blatantly violated.

The judgement goes against the sacredness and inviolability of human life, which is a precious gift from God.

The Congregation for the Doctrine of the Faith in its Declaration on Procured Abortion (1974) states that the human person has certain rights which are known as “human rights” and the first right of the human person is right to life. This is fundamental, the condition of all the others. Hence it must be protected above all others. (No.11)

It further teaches: “From the time that the ovum is fertilized, a life is begun which is neither that of the father nor of the mother; it is rather the life of a new human being with his own growth. It will never be made human if it were not human already” (No.12). Furthermore, “The child itself, when grown up, will never have the right to choose suicide; no more may his parents choose death for the child while it is not of an age to decide for itself. Life is too fundamental a value to be weighed against even very serious disadvantages”. (No.14)

Vatican II Pastoral Constitution, Gaudium et Spes teaches with very clear and unequivocal terms that human life must be respected and protected: “Life must be protected with the utmost care from the moment of conception: abortion and infanticide are abominable crimes.” (G.S.51)

The Church has always, from the first century itself, affirmed the moral evil of every procured abortion. In the Didache´ it is clearly said: “You shall not kill by abortion the fruit of the womb and you shall not murder the infant already born.” This teaching has not changed and remains unchangeable. Direct abortion, that is to say, abortion willed either as an end or a means, is gravely contrary to moral law (cf. CCC 2271)

St. John Paul II, the great defender of life, describes the pitiable plight of the innocent, weak and defenceless child in the womb: “The one eliminated is a human being at the very beginning of life. No one more absolutely innocent could be imagined.  In no way could this human being ever be considered an aggressor, much less an unjust aggressor! He or she is weak, defenceless, even to the point of lacking that minimal form of defence consisting in the poignant power of a new-born baby’s cries and tears. The unborn child is totally entrusted to the protection and care of the woman carrying him or her in the womb. And yet sometimes it is precisely the mother herself who makes the decision and asks for the child to be eliminated, and who then goes about having it done.” (Evangelium Vitae, 58)

St. John Paul II strongly condemned abortion as a grave moral disorder: “Therefore, by the authority which Christ conferred upon Peter and his Successors, in communion with Bishops…… I declare that direct abortion, that is abortion willed as an end or as a means, always constitutes a grave moral disorder, since it is the deliberate killing of an innocent human being. This doctrine is based on the natural law and upon the written Word of God, is transmitted by the Church’s Tradition and taught by the ordinary and universal Magisterium” (E.V.62)

The Supreme Court verdict and certain observations of the learned judges such as, “law must be interpreted keeping in mind changing social mores; as societal norms and mores change, law must also adapt. Changing social mores must be borne in mind while interpreting provisions. Societal realities indicate the need to recognise legally non-traditional family structures” etc., can be misleading. In all likelihood such comments would encourage more live-in relationships, consensual and casual sex, pre-marital and extra-marital sex. It would call in question the age-old institution of marriage and family which are essential and fundamental to a stable society. It would further promote sexual promiscuity and a permissive mentality in the society because people know that if any unwanted pregnancy occurs it can be terminated at any time even as late as 24 weeks.

The verdict said: “All women are entitled to safe and legal abortions”. Does our Constitution grant anyone the right or licence to kill? Abortion is direct killing of an innocent person in the womb. How can anyone be entitled to kill an innocent person in the womb? As the Catechism of the Catholic Church teaches, “Human life is sacred because from its beginning it involves the creative act of God and it remains forever in a special relationship with the Creator, who is its sole end. God alone is the Lord of life from the beginning until its end: no one can under any circumstances claim for himself the right directly to destroy an innocent human being.” (CCC 2258)

What is a safe abortion? Safe for whom? Only for the woman (mother)? What about the safety and security of the innocent, voiceless and defenceless child in the womb? Who will protect it if not the mother in the first place, and then the Judiciary, Legislature and Doctors?

All of us have the great duty and responsibility to respect and protect innocent life in the womb from the moment of conception to natural death. No one is entitled to kill it. Let me repeat here once again the teaching of the Catechism of the Catholic Church: “God alone is the Lord of life from the beginning until its end: no one can under any circumstances claim for himself the right directly to destroy an innocent human being.” (CCC 2258)

(The writer is the Bishop of Lucknow)