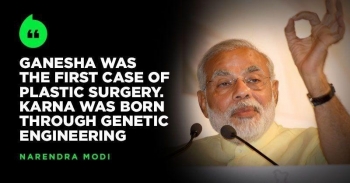 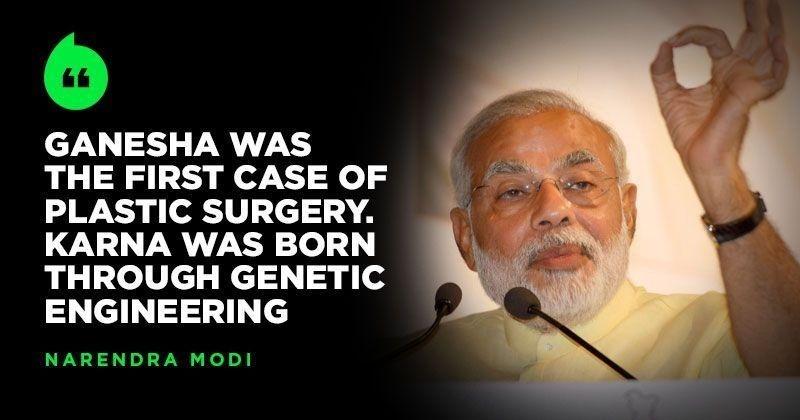 Science and Education is an important tool for the development of any nation. The Rashtriya Swayamsewak Sangh (RSS) is making all efforts to enter into the educational institutes by means of all hook and crook, be it the muscle power, money or ideology. Earlier, a futile exercise was carried out to penetrate the prestigious Jawahar Lal Nehru University (JNU) in Delhi leading to tensions, which prevails even today.

A marathon attempt has been made in the past one week to penetrate into the classic universities of Aligarh Muslim University (AMU) and Vishwabharti University in Bengal by the Prime Minister Modi and his coterie. At AMU, the fraternity was made to believe that the Nation comes first and at Shantiniketan, Modi had all praises for Guru Rabindranath Tagore for a correlated vision of self-reliant India (Aatma Nirbhar Bharat). Right wing policies, which impose a Hindu nationalist agenda is being imposed upon the teaching faculty and student alike, linking it to the Indian history.

Different forms of pseudoscience rooted in Hindu nationalism have been on the rise, since BJP came to power in 2014. Experts see it as a threat to science and education that stifles critical thinking and could hamper India's development. In recent years, "experts" have said ancient Indians had airplanes, spacecraft, the internet, and nuclear weapons—long before Western science came on the scene. They blame the rapid rise to the planned propaganda of Vijnana Bharati (VIBHA), the science wing of Rashtriya Swayamsewak Sangh.

A society that is scientifically empowered is at par with standard human development as it develops a mind with the spirit to inquire and question in order to seek the right and proven knowledge with substantial evidence. Ultimately, it is the right knowledge that leads to reform.

In 2017, thousands took to the Indian streets demanding the government to stop propagating unscientific, obscurantist ideas and religious intolerance. They also opposed the budget cuts for scientific research. The marchers wanted the government to increase the overall spending on science from less than 1 per cent of India's GDP to 3 percent. The protest in India was inspired by the global March for Science on 22 April that saw participation of over million people across 600 cities across the globe. The budgetary allocations for the ministry of science and technology and earth science was Rs 6,275 crore in 2013-14, which was increased to 8,100 crore in 2016-2017 and 9,543 crore for the year 2020-21. But, a huge sum of money is being diverted to RSS backed organisations like VIBHA and their activities.

Vijnana Bharati, a movement for addressing the scientific and technological concerns of Bharat was initiated in the serene campus of Indian Institute of Science (Bengaluru) by a few eminent scientists, under the leadership of Prof. K I Vasu (then the Professor of metallurgy in IISC, Bangalore) in the early eighties. Later on 21st October 1991, Vijnana Bharati was launched officially at Nagpur, official headquarters of RSS, as a professional cum popular movement in the field of science and technology. The movement spread its wings, especially in the past six years, across the nation and conducts its activities through 27 independent units functioning in various parts of country.

VIBHA backs the cause of Bharatiya Heritage with a harmonious synthesis of physical and spiritual sciences which nourish each other and flourish together. It propagates the RSS ideology of Swadeshi Movement in this age of science and technology though Ayurveda, Siddha, Meditation, Organic Agriculture, Vastuvidya, Forestry, Astronomy, Environment, Engineering and the like. Its hidden motto is to create awareness on the contributions of ancient Bharat by a sect of people in the development of modern science.
The Constitution of India in Article 51A (h) on Fundamental Duties says: "It shall be the duty of every citizen of India…To develop the scientific temper, humanism and the spirit of inquiry and reform". All efforts have been made in the past by different governments to inculcate scientific temper amongst the people as it promotes logical thinking and rational decision making, both being primarily essential for overall development of a nation. For such overall development and growth of the country and society, it is necessary to develop scientific temper among all the people irrespective of their age, caste, creed, religion etc.

The Ministry is making all efforts to inculcate scientific temper among the young minds, who in turn, would be country’s most important asset for economic development. For this, the Ministry of Science & Technology and Ministry of Earth Science joined hands with Vijnana Bharati (VIBHA) and conceptualized the India International Science Festival (IISF) in 2015. Recently, IISF 2020 was coordinated by CSIR-NISTADS, New Delhi at a grand scale in virtual mode with over 1.5 lakh participants.

IISF is organized in a celebration mode to promote Science and Technology, but with a particular ideology, and it demonstrates how science could lead India towards a developed nation within a short span of time. The aim is to engage public with a different mindset in the name of science. It shows how Science, Technology, Engineering and Mathematics (STEM) provide us with the solutions to improve our lives indigenously. This time, IISF-20, an annual event of Govt. of India was organized jointly by Council of Scientific & Industrial Research (CSIR) in collaboration with Department of Science and Technology (DST), Ministry of Earth Sciences (MoES), Department of Biotechnology (DBT), Indian Council of Medical Research (ICMR) and Vijnana Bharati (VIBHA). This year, IISF began on 22 December 2020, the birthday of Srinivas Ramanujan, the world-renowned Indian mathematician and culminated on 25 December 2020, the birthday of former Prime Minister of India Shri Atal Bihari Vajpayee. A great fusion of Science and Politics, in the genuine name of a Scientist and a Politician!

The theme for this year was Science for Self-Reliant India and Global Welfare (Promotion of Aatma Nirbhar Bharat and Global Welfare through Science, Technology and Innovation). It’s an irony that the ruler spells out ‘Aatma Nirbhar’, and the scientific fraternity falls in line organizing an event of International repute on the same lines. In the first term of BJP rule, it was ‘Swatchata Abhiyan’ and in the second phase it’s ‘Aatma Nirbharta’. Both are populist terms and have no indicators set to measure its achievement. The Stakeholders of IISF included School Students, Researchers, Teachers, National and International Scientists, Technocrats, Industrialists, Innovators, Entrepreneurs, Craftsmen, Artisans, Farmers, Agri-sectors and Healthcare sectors, Exhibitors, Diplomats and Policy Makers. In all, 41 Events were covered under nine Verticals; Science for Agriculture and Rural Development, Sustainable Development, National and International Linkages, Science and Humanities, Inclusive Development, New Frontiers, Science for Students, Science for Masses, Industry and MSME.

The day has come to ponder upon the learning during school days that “Science is a good servant but a bad Master.” Hitler’s set propaganda to rise to power and during the World War is a much quoted example, but for bad reasons. Science is a universal proven fact with no boundaries of any country, religion or ideology. Any manipulations, for sure, with Science will backfire!