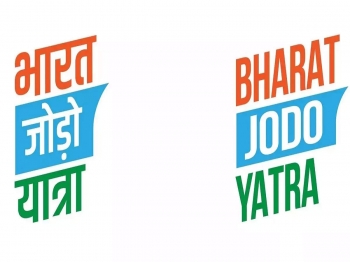 Rahul’s Journey to the Heart of India

I was fascinated to know the decision of the Congress party to organise the Bharat Jodo Yatra to be led by its leader Rahul Gandhi covering 3500 kms in 12 states, from Kanyakumari to Kashmir in five months.

In the past different people had made yatras. Mahatma Gandhi had walked 385 kms from Sabarmati Ashram to Dandi to challenge the British empire by breaking the salt law.  It was a milestone in the freedom struggle of India.

Many others have also made yatras at different times in the past. Lal Krishna Advani made Rath Yatra from Somnath to Ayodhya, which benefitted BJP immensely. Later Murali Manohar Joshi undertook another yatra from Kanyakumari to Kashmir to promote the cause of the BJP. They were on vehicles. Before those yatras, former Prime Minister Chandrashekar made a long walk from Kanyakumari to Delhi.

The following factors make Bharat Jodo Yatra of Rahul Gandhi different from all these yatras. For the first time, anyone is walking a long distance of 3570 km from Kanyakumari to Kashmir  for five months at a stretch. There are 170 volunteers from different parts of India, who have opted to walk with Rahul throughout the entire stretch. Lakhs of people are joining the yatra in villages and cities.

Congress leaders of each state are walking with Rahul throughout their states. Several members and leaders of other political parties are joining the yatra.  It was significant that it was flagged off by Mr. M. K. Stalin, the DMK Chief Minister of Tamil Nadu, at Kanyakumari.  The Bharat Jodo Yatra has attracted many social activists, film stars, a large number of youths, journalists and people of all faiths and walks of life.

The determination and purity of intention of Rahul Gandhi are visible in his speeches and body language. The daily schedule of walking starts at 6.00 am and continues till the evening with a break at noon. They walk around 20 to 25 kms daily. Rahul makes use of the breaks to meet and interact with people from various backgrounds. People share with him their sufferings, pains and aspirations.  His compassion and empathy are visible at every time. No other political or religious leaders have received so much affection and love from people as Rahul is receiving. This is reflected in the way people come and embrace him without any inhibition during the walk.

Rahul repeats the purpose of Bharat Jodo Yatra to every group. “Yatra is an alternative because opposition parties are not able to express their opinion in the Parliament; Media is controlled; those who dissent are put in prison and harassed by ED and CBI. So, we chose the option to walk and meet people of the country directly and speak to them and listen to them. No one can stop us from this yatra.”

Indomitability of Rahul and the commitment of people were visible when he continued his address in the pouring rain in Karnataka. Thousands of people who were listening to him also braved the heavy rain without moving from the open place where they stood.

Rahul says that Bharat Jodo Yatra is the voice of Hindustan. “In this yatra no one asks about any one’s religion, caste or any such petty identities. This is wonderful India; India of peace and India of brotherhood. This yatra is to protect the Constitution. Tiranga without the Constitution is of no value.”

While interacting with people, Rahul made many spiritually insightful statements. “When we have suffered much pain and violence we cannot hate any one because we understand what it means to suffer pain and violence.  I have experienced much pain when my father and grand mother were murdered violently,” shared Rahul. This is the spirituality which most people fail to understand and practice. Such people shout for revenge and hatred. They forget what Gandhi used to say that ‘only people with courage can forgive’.

Rahul repeated in his speeches his intention of building an India of unity with fellowship, equality, love and brotherhood. While watching the Bharat Jodo Yatra daily in You Tube, I felt that it is more a spiritual pilgrimage through India than a political action. It is very motivating experience.

At another occasion Rahul said, “In this yatra I am not alone. Lakhs of people are walking with me. Many are not Congress workers. In this yatra you will not see hatred, violence   and division. I am strengthened by the presence and love of lakhs of people. I forget my tiredness and pain in their company.”

Many journalists and political analysts are sceptical about the ability of Rahul Gandhi  and the impact of Bharat Jodo Yatra  in winning votes  in the election in 2024  and dislodging the BJP. They think that the Congress party cannot be redeemed by this yatra. Rahul has a very realistic view about winning elections: “With hatred elections may be won, but problems of people cannot be solved.”

A vast majority of people consider winning elections is the proof of leadership. Democracy is not elections alone. It is important to understand the ability of common people for critical thinking. When people have not received democratic education, they will be led by propaganda. They can be easily purchased by those who have money and muscle power. Leaders with morals and ethics may not win elections. But they remain moral leaders who act as the conscience of the society.

Rahul repeatedly speaks of the failures of the Modi Government with facts. Narendra Modi and BJP win elections by embracing corporates and controlling the media. Despite getting a brute majority at the Centre and in many states, Modi has not fulfilled any of his promises for the welfare of the common people. People are suffering due to the high price of cooking gas, petrol and diesel. Demonetisation and wrong implementation of GST put millions of people out of jobs. While small and medium business people suffer big losses, a handful of big corporations accumulate their wealth.

Rahul is fearless in criticising the fascist ideology of Hindutva promoted by BJP governments. He is crystal clear about promoting the socialist, secular and democratic ideology as enshrined in the Constitution of India. Everywhere he repeats his vision of an India with unity, love, forgiveness and justice for all. He is acting as the conscience of the nation.

The spirituality of Rahul Gandhi was expressed when he was addressing the media in Telangana during his yatra. While answering to a journalist he revealed the reason for the hatred, violence and aggression of the BJP-RSS people. Referring to the works and ideologies of Savarkar and Golwalkar, he said that the BJP and RSS people are full of fear. Their fear makes them aggressive and violent. Taking lessons from Mahatma Gandhi he said, “hatred comes from fear. Cowards propagate violence and hatred against the other”.

Why does Narendra Modi keep the media away and not face the media? He appears very courageous externally with many levels of security cover but he may be the one who suffers maximum fear.  The ministers who want to have more and more security cover should learn from the courage of Mahatma Gandhi who rejected any security around him. He did not want police frisking people who came for his prayer meeting on 30th January 1948 at Birla House. Hence, Naturam Godse could come closer to Gandhiji and assassinate him by shooting. Mahatma Gandhi was the most courageous person to welcome death with the name of Ram on his lips.

Many express concern about the security of Rahul in the midst of a crowd of people. Rahul is one who is least afraid of his security. Mission of meeting maximum people to learn about their problems and pains is his biggest concern. He reminds me of the words of Martin Luther King Jr, “If you have not identified the cause for which you should die, you have no reason to live”. Only a Karma yogi led by the spirituality of values can follow this principle. Rahul Gandhi is truly a Karma Yogi wedded to a mission of uniting India by liberating people from hatred, division, injustice and discrimination.