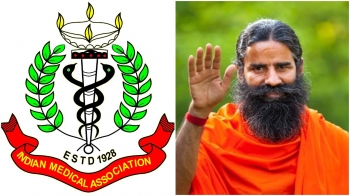 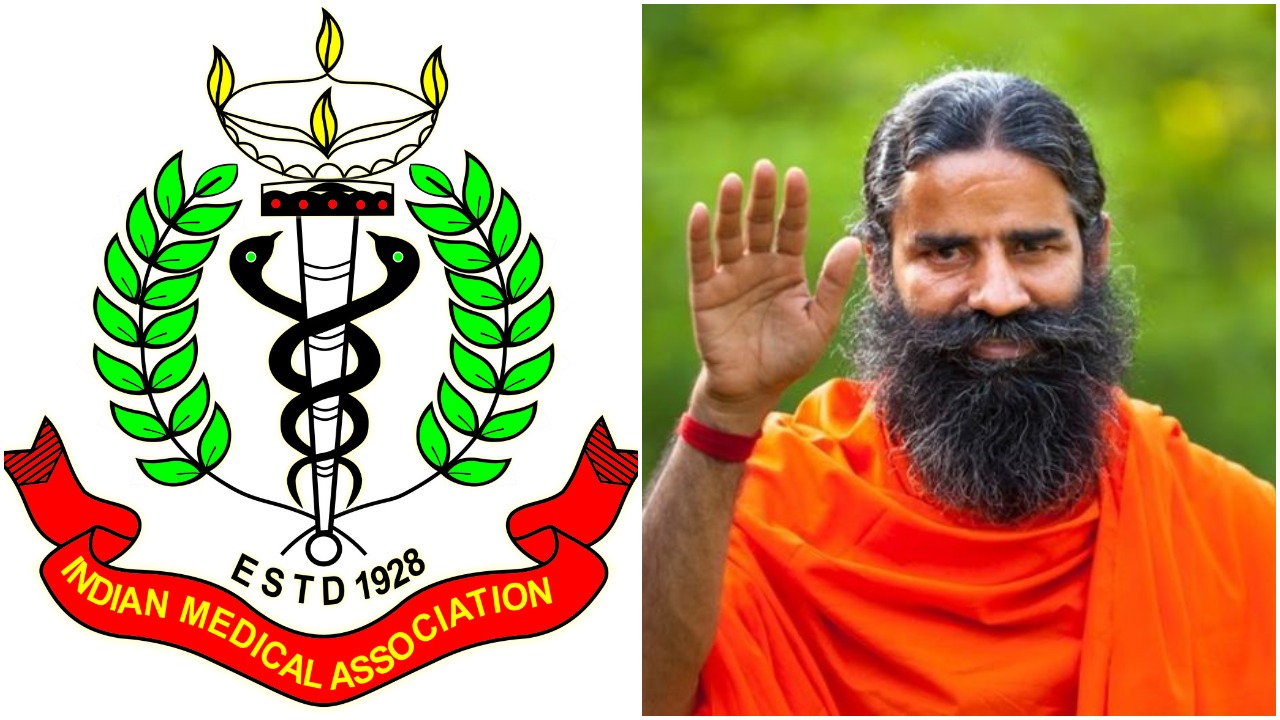 The mega promoter of Yoga and Patanjali products, Baba Ramdev was caught on a wrong foot while referring to the Allopathy treatment and its doctors as ‘inferior’. In a video going viral on social media, Ramdev is heard saying, "Allopathy is a stupid, lame science.

First, hydroxychloroquine failed. Then, Remdesivir, Ivermectin, and plasma therapy failed. Other antibiotics including Fabiflu and steroids too failed.” He even blamed allopathic drugs for the death of many, saying, "We have lost lakhs of people (COVID-19 patients) due to allopathic medicines...rather than shortage of oxygen.” Amid the pressure from the allopathy doctors and after the intervention of Union Health Minister Dr. Harsh Vardhan, the Yoga Guru withdrew his statement.

Meanwhile, Ramdev's close aide Acharya Balkrishna, chairman of Patanjali Ayurved, said that allopathy doctors are upset with the tremendous success of the Coronil anti-COVID kit developed by their firm and that's why they are blowing the issue out of proportion.

Balkrishna also came up with a conspiracy theory. In a tweet, he said, "As part of the conspiracy to convert the entire country into #Christianity, #Yoga and #Ayurveda are being maligned by targeting @yogrishiramdev jee. Countrymen, wake up now from the deep slumber otherwise the generations to come will not forgive you." Ridiculous to hear that the entire country could be converted to Christianity, which could not be done in over 2000 years when St Thomas had come to India.

The Indian Medical Association (IMA) served a defamation notice on Ramdev for disparaging remarks against allopathy and allopathic doctors, demanding an apology from him within 15 days, failing which it said it will demand a compensation of Rs 1,000 crore from the yoga guru. The IMA said Ramdev should be prosecuted under the Epidemic Diseases Act as his "untutored" statements are "a threat to the literate society of the country as well as to the poor people falling prey to him".

Terming the remarks of the yoga guru a "criminal act" under section 499 of the Indian Penal Code, the notice demanded a written apology from him within 15 days of its receipt, saying a compensation of Rs 1,000 crore will be demanded from him at the rate of Rs 50 lakh per member of the IMA if he failed to do so.

It further asked the yoga guru to withdraw a "misleading" advertisement from all platforms endorsing "Coronil kit" as an effective medicine for COVID-19, failing which an FIR and a criminal case will be lodged against him by the IMA.

What annoyed many was the way ‘Coronil kit’ was launched by Ramdev in the presence of the Union Health Minister and the Transport Minister stating it to be approved by the WHO. Later, the Union Ayush Ministry refuted the claims and approved it only as a supplementary support. At that point, several scientists were demoralized for want of approvals pending for decades on their research products and questioned if ‘influential contacts’ was a criterion for the approval of new drugs.

A few unscientific talks by saffron leaders have been doing rounds in the recent past, evoking the ire of doctors and scientific community at large. Ms Pragya Thakur, BJP MP from Bhopal, said that cow urine has helped her to keep away corona. But, she was shifted to a hospital a couple of days back. Former Uttarakhand Chief Minister Trivendra Singh Rawat stated that corona virus is a living organism and has every right to live. Another BJP leader said that taking bath in the dirty gutter will keep the virus away.

After the withdrawal of statement, Ramdev posed 25 questions to IMA like: Whether allopathy offered permanent relief from hypertension (BP) and type1 and 2 diabetes; and does the pharma industry have permanent treatment for thyroid, arthritis, colitis and asthma?

Earlier, on seeing no response to his phone call and amid pressure from doctors, the Union Health Minister was forced to ask Ramdev to withdraw his objectionable statement on allopathy and its practioners. Amid the pandemic, allopathy and its practioners have given new life to crores of people, Harsh Vardhan said in the letter. He said doctors, nurses and other healthcare workers are putting their lives at risk to save others.

Patanjali Yogpeeth defended Ramdev’s statement saying, “It was given at a private event and Ramdev was reading out a forwarded WhatsApp message received by him and various other members who were participating in the event. Swami jee has been a firm believer that patient treatment, and relief from the diseases and its pains should be the motto of a medical practioner. He believes that allopathy is a progressive science; and a combination of allopathy, ayurveda and yoga will be beneficial to everyone during such difficult times."

“Baba Ramdev is an outspoken person. He has not undergone any formal education. But his contribution to yoga and Ayurveda is incomparable. Ayurveda cures the body by making it balanced for Vaat, Pitta and cough. Whereas, allopathy works against diseases and its symptoms. For auto-immune, life style diseases, and general well-being, Ayurveda is ultimate. And for symptomatic relief and treatments, surgical treatments, allopathy is the best,” says Prof Ashwani Dikshit, Head of Botany Department, Guru Ghasidas University, whose parents and grandparents have been imparting Ayurvedic treatment for decades.

According to Kamlesh Divyadarshi, an Arya Samaj leader, “Ramdev comes from a very poor family in Haryana. Around three decades back, he struggled for two square meals on the banks of the Ganga. He underwent his studies at a Gurukul run by Arya Samaj after being outcast from his village. His good habit of reading books and ‘Asan Pranayam’ practice paid off. The hardworking nature, progressive mind and excellent management skill have brought him fame and money. Bridging the ancient practice with the modern science in yoga and Ayurveda clicked for him to rise at the International level.”

As per one report, Ramdev is the 19th richest man in India with $7 billion, as of May 2021. From yoga to politics, from agriculture to Ayurveda, and from business to TV personality, he has left no stone unturned. He was one of the students of the famous Acharya Baldevji in Gurukul Kalwa, and he learnt Yoga from Guru Karanvir who was an Arya Samaji. He also took the Sanyasi Diksha and later adopted the name Swami Ramdev. He founded the “Divya Yog Mandir Trust” in 1995 and in 2003 the Aastha TV started broadcasting his ‘yogasans’, making him popular. Many politicians, celebrities, including foreigners started attending his camps. Ramdev was awarded Honorary Doctorate by Kalinga Institute of Industrial Technology in 2007. He was also honoured with the Tarun Kranti Award by Narendra Modi in 2016.

Ayurveda and Allopathy are two streams of medical science, imparting health remedies in a scientific manner. Both streams have its pros and cons, but any effort to commercialise a product at the cost of another is unwarranted and uncalled for. There should be no debate on Ayurveda versus Allopathy, both are time-tested health treatment methods.

Several allopathy doctors practice yoga and consume ayurvedic medicines for addressing the ailment at its root level. So does Ayurvedic doctors avail allopathy treatment as life-saving drugs. Both are complimentary to each other and serve for the betterment of society. Natural products or Ayurvedic treatment surpasses the quality of any other chemical product, but using short cuts, manipulative branding or using influences for approval will bring disgrace in the longer run. Quacks are quacks. Any effort to question the scientifically proven method will be pooh-poohed by the intellectual community.