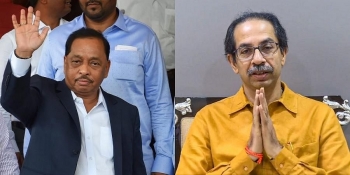 Rane Faces the Music of Sena 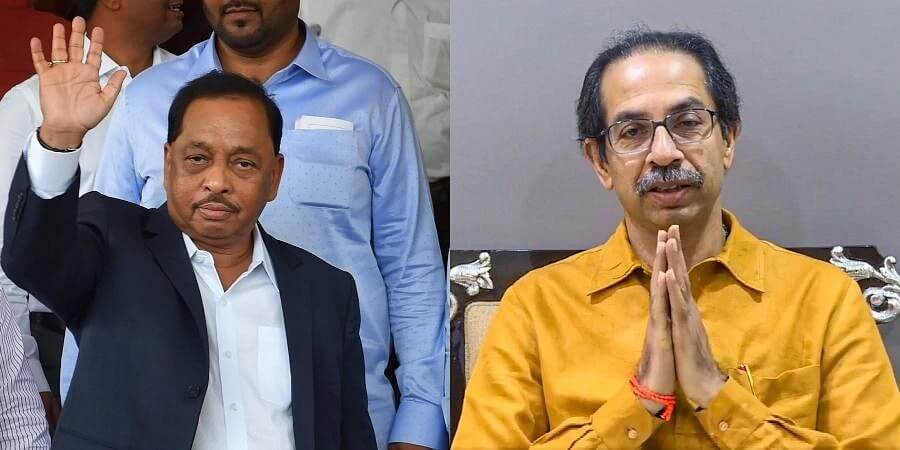 Union Minister for Micro, Small and Medium Enterprises (MSME) Narayan Rane has become the third sitting Union Cabinet Minister to be arrested by a State Government. The Court justified his arrest for his “Slap Uddhav Thackeray” remark before granting him bail, and rejected the plea for custody. It is a matter of grave concern that a Union Minister threatens a Chief Minister, and that too publicly. Sena activists’ agitation across the state is also not a welcome step.

Rane, known as a staunch Maratha leader, was on a State tour to address party workers as part of Jan Ashirwad Yatra. Speaking to reporters in Raigad district Rane said, "It is shameful that the Chief Minister does not know the year of Independence. He leaned back to enquire about the count of years of Independence during his speech. Had I been there, I would have given (him) a tight slap.”

An Income Tax department peon-turned-Councilor, Rane went on to become the Chief Minister of Maharashtra with the backing of Smitha Thackeray (wife of Raj Thackeray). He is a sitting MP in the Rajya Sabha, and thereby holds a Parliamentarian’s privileges. A seasoned politician, Rane started his career with the Shiv Sena and continued till 1999 before joining the Congress. He moved on to the BJP in 2017. Known to be a blue-eyed boy of Balasaheb Thackeray along with Raj Thackeray, he was at the helm of affairs in the Shiv Sena. It is learnt that with Udhav taking over the charge, he had nothing left in the party and thus switched over to the Congress.

The tussle between Rane and Thackeray started last year, when the former claimed to have proofs of Aaditya Thackeray’s involvement in Bollywood actor Sushant Rajput suicide case. BJP and Shiv Sena are at crossroads and it seems this time Sena has an upper hand.

Rane is charged with Section 153 (wantonly giving provocation with intent to cause riot) and 505 (statements conducing to public mischief) of the IPC. He was arrested and granted bail within eight hours, and has been asked to appear before the police in Nashik on September 2. One of the four FIRs against him has been filed in Nashik. The Raigad court Judge said: "Considering the reason for arrest and other reasons, I found that the arrest is justified, but there was no need for custody”. He was released on a bond of ₹ 15,000 and asked to appear before the police on August 31 and September 13.

Mohan Bhagwat had earlier said, when outsiders come, either they will adjust or damage the party. BJP stands firm with Rane, but has outrightly disclaimed his statement.

As per the law, a sitting MP cannot be arrested if he or she is inside the Parliament premises. MPs also have immunity from arrests in any civil cases when the Parliament is in session. They have freedom from arrest during the continuance of “a joint sitting, meeting, conference or joint committee” as well as 40 days prior to and 40 days after the conclusion, as per Section 135 of the Code of Civil Procedure. However, this freedom does not extend to criminal offences. As Minister Rane’s arrest was made for an alleged criminal offence, this window does not apply to him.

Released on bail, Rane can reach out to the privileges committee of the Parliament with a complaint against the Mumbai Police. MPs can file complaints to privileges committees in both Houses if they claim mistreatment by the police. The committee can pull up and reprimand police officers for “high handedness” on such complaints but does not possess the authority to direct any disciplinary action.

If charge-sheeted, Rane will have a much bigger challenge. The Supreme Court upheld that people who have been charge-sheeted should not be made a part of the Cabinet of Ministers. The apex court had, however, also noted that the Indian Constitution does not state any such prohibition.

Rane has the legal right to continue in his capacity and perform his duties as a Cabinet Minister. At the same time, he will have to fight the court case as an ordinary individual. In fact, several precedents have seen ministers continue to hold office even after charge-sheets are filed against them.

In 2001, MPs Murasoli Maran and T. R. Baalu were arrested by the Chennai Police in connection with the ‘Flyover scam’. Similarly, criminal-turned-politician Md Shahabuddin was arrested from outside the Parliament in a murder and kidnapping case in 2005.

The common man refers the Rane arrest to a political gameplay, targeted at the upcoming polls in Mumbai Municipal Corporation which has an annual budget of over Rs 39,000 crore. The present scenario will benefit Sena, weaken the Congress further and the BJP is already on the backfoot. The Marathi manus prefers Sena than any other party and supports its aggression. The BJP’s Jan Ashirwad Yatra was drawing flak owing to the corona pandemic, rise in unemployment and price rise and is considered to be launched at a wrong time.

Rane has been losing all elections one after the other, but still holds the fort, which shows his clout, power and money. Sena has no ideology of its own, but comes up with spontaneous programmes. George Fernandes was a role model for Balasaheb Thackeray and valued the unions in Mumbai.

BJP is in an election mode and carrying out Jan Ashirvad Yatra all over the country where elections are coming up. BJP wants to finish of its present and former allies like Sena, Akali Dal and JD (U). Shiv Sena adapts to the ideological changes and is found to be in tune with the ideology of NCP and Congress. Defending Nehru, it said, he did experiments and would have failed. And, it opposed the renaming of Khel Ratna award which was in Rajiv Gandhi’s name.

Several other BJP leaders have been promoted in the past for their hate speeches. At the age of 69, Rane is making another attempt to project himself as the next CM. He could also be a tool of the bigger plan of Union Govt. The tussle between the Centre and the State govt. is harmful for democracy. In the rally, instead of dealing with the Union Govt’s achievements, Rane kept on pin pointing the failure of the state government.

The episode seems to be more of a family feud between Rane and Thackeray. And on the other hand, the match is heading for a final show, with Centre versus the state of Maharashtra. BJP needs a Maratha leader to take on Sena for BMC. Rane, a fire brand leader, has opened up a war against Shiv Sena. He has nothing to lose at the age of 69, but will be remembered as someone who took on the Tiger head on.