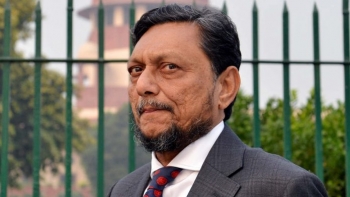 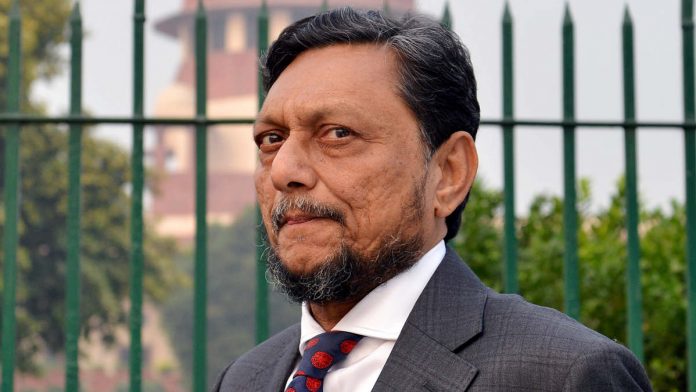 Just a few days before we celebrated the International Women’s Day, the Chief Justice of India (CJI), Justice S A Bobde, gave a big jolt to everyone. No, he didn’t do any favour to women. Nor did he announce a women-friendly judgement. Rather, he gave an option to a man that he could marry a particular woman and save himself from jail and loss of his government job. The man is a rape-accused and the woman is a victim of his atrocities!

We were certainly not watching a traditional Bollywood movie, where the rapist marries the girl he raped. The entire community forgives him, including the girl, who accepts him as her “Pati-Parameshwar” like any other abla naari would do in normal circumstances. She is seen comforting him in every manner she can, serving him food, massaging his legs etc.

It is a different matter that the man never respects her. For him, she was just a product meant to be used only once. The fact that she brought disrespect to him and his family members in the entire community outrages him further. His parents, unfortunately now her in-laws, leave no stone unturned in making her life no less than a hell. She is subjected to all kinds of abuse, physical and mental so that she leaves the house on her own volition.

Simply put, she is projected as a pitiable object, whose life is full of distress, simply because she was raped by a notorious womaniser.

This used to be the normal scene in many films where the Gram Panchayat forcefully asks the man to marry the girl he raped. Even a child would understand how unfair this was for the woman. But our learned judge could not.

When people started protesting and came out with signature campaigns, asking him to resign, he went into denial mode. His explanation that his statement was misinterpreted offered no solace. Being the CJI, he should have ensured that this inhuman practice was put to an end.

But then how can a man having a soft corner for a government employee who may lose his job, think of the poor girl except for thinking of getting her married to the accused! Incidentally, in this case, the man was already married. Otherwise, it would have been an easy way out for the man to get bail and lead a care-free life even after committing such a heinous crime. And the poor woman would have remained at his mercy.

This may sound weird but this is not the first time in Indian judicial history that such an option was thought of. Last June, an ex-priest and a convicted rapist sought a two-month bail on the plea that he would like to marry the victim who was 16 at the time of the crime.

The priest mentioned that she is of marriageable age and he wanted to ensure welfare of the child by marrying her! Clearly, he wanted his own welfare in the name of marriage. The girl, unfortunately, agreed to marry him. In a similar case, the Orissa High Court granted bail to the accused for marrying the girl he raped.

Is marrying the victim considered akin to undoing the crime in the eyes of law? No. The law does not provide for any kind of settlement in such cases. The judiciary has been coming up with its own rules while deciding rape cases.

Last year, Justice S. Krishna of the Karnataka High Court in the case of Rakesh B. vs State of Karnataka granted bail to the accused on the plea that the raped women slept after the incident.

“The explanation offered by the complainant that after the perpetration of the act, she was tired and fell asleep, is unbecoming of an Indian woman. That is not the way our women react when ravished,” said Justice Krishna. The statement was atrocious, to say the least. The remarks sparked a lot of criticism from the civil society organisations and even from lawyers. But nothing changed.

In another case, Raja vs State of Karnataka, the High Court acquitted four men accused of rape simply because the victim’s conduct was “not at all consistent with those of an unwilling, terrified and anguished victim of forcible intercourse”. The judge also added that one of the accused men also brought her dosa and idli to eat after the alleged rape! As if giving food to the woman was more noble than the crime he committed!

This is just the tip of an iceberg. It is common to see judges concluding that the rape was an act of consensual sex in cases where women had no injuries. In fact, many a times, the judges also concluded that rape by a “stranger” is more traumatic than by a known person! How can our learned judges forget that rape will remain rape irrespective of who the perpetrator is?

A book, “Discretion, Discrimination and the Rule of Law”, written by Mrinal Sathish, a renowned lawyer and academician, throws light on the pattern of rape sentencing. The author has examined 800 cases decided by the Supreme Court of India and 21 high courts from 1984 to 2009. He narrates that a higher sentence is given to convicts for “taking away” chastity of a virgin woman!

In the case of a sexually-active woman, rape is not considered as a heinous a crime. In other words, a woman cannot have a sexual relationship with any man before marriage. These thoughts certainly stem out of the traditional mindset our society has been propagating for centuries together. For instance, a Supreme Court lawyer opined that an unmarried woman will not falsely allege rape as her prospects of getting a suitable match will get affected.

The popular notion that women who are raped are themselves responsible for it has also been seen in many judgements. The author has given many instances where judges often comment on social habits of women. It is not uncommon to hear “why was she found drinking with men”, “why did she wear short clothes”, or “why was she hanging out late in the night”, etc.

It is a pity that judges, who have been entrusted with the responsibility of being just and objective at all times, get influenced by societal pressures and myths about women. They often go beyond the ambit of law or even the facts of the case. In yet another case, where a six-year-old girl was raped, the judge set the accused free based on the fact that he was suffering from tuberculosis and had 65 per cent paralysis in his left limbs. The judge said, “Nature has punished him enough”!

Small wonder that only a few women come forward and report such cases. The stigma that a victim is subjected to by the general public is only multiplied while they approach the police or the court of law.

A survey conducted by the Centre for the Study of Developing Societies in 2019 shows that around 20 per cent of the police personnel believe that complaints on sexual violence are generally false and motivated. Worst, 19 per cent of them believe that killing dangerous animals is better than a legal trial! If the police do not have faith in the judicial system, how can we expect others to trust it? Small wonder that the reporting and conviction rate in cases affecting women is consistently low.

By asking the rapist to marry the victim, the CJI has failed in protecting the rights of the victim. He has only added on to the distrust that women have in the judiciary. Rather, he should have laid guidelines for the judiciary for deciding such cases. But that seems to be a far cry. At least till the time, we have people like S A Bobde to head our judicial system!

(The writer is a company secretary and can be reached at jassi.rai@gmail.com)