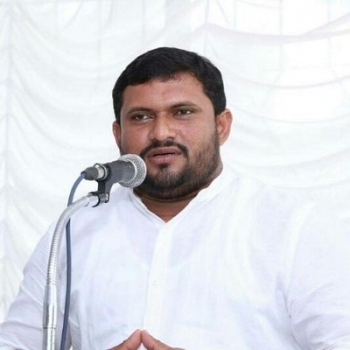 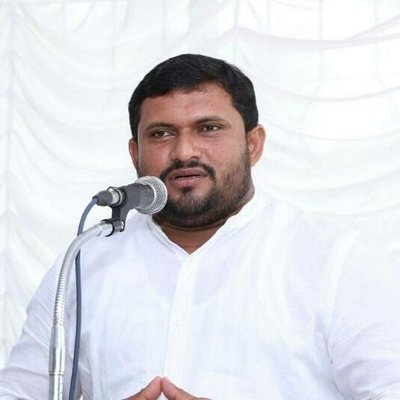 Lakshadweep is making national headlines due to the controversial decisions and proposals of its Administrator Praful Khoda Patel. There is discontentment in the Muslim-majority Island. The Opposition described his policies as anti-people and irrational while the BJP said it would promote tourism and development in the island. Congress leader Rahul Gandhi appealed to Prime Minister Narendra Modi to ensure that controversial and "anti-people policies" announced by the Lakshadweep Administrator are withdrawn. But the Union Territory Administration defended the orders stating that vested interest groups and those involved in criminal activities were unleashing a false campaign against it.

The main resentment is on the new draft Lakshadweep Development Authority Regulation 2021 (LDAR), and the proposed Lakshadweep Animal Preservation Regulation 2021 which bans slaughter of cows, calf, bull, and bullocks. Patel has also been criticised for banning beef products in a place where meat is widely consumed, demolishing fishermen's sheds in coastal areas for violating the Coast Guard Act and revoking restrictions on the consumption of alcohol. He has also taken off meat from the mid-day meals and hostel dining facilities.

Anju Grover for Indian Currents spoke to Lakshadweep Member of Parliament and Nationalist Congress Party (NCP) leader Mohammed Faizal on the crisis created by the decisions of the UT Administration. Faizal minced no words while criticising the Administrator and demanded his recall. He objected to Patel's working style saying it was anti-democratic and the people of Lakshadweep are unhappy over his decisions. Following are excerpts from the interview:

Q: What is your objection to the administrative orders?
A: The main objection is to the relaxation of Covid SOP (Standard Operating Procedure) due to which Covid 19 cases in Lakshadweep began to rise since January 2021. Covid SOP was revised as per the Centre's guidelines and the intention was to revive the island's economy to which we did not object, but we insisted on restoring the quarantine system. That's because we have to depend on Kerala for the treatment of Covid patients. The health infrastructure of the island is not capable of handling so many Covid patients.
He (the Administrator) also directed the police department to draft Prevention of Anti-Social Activity (PASA) Act with the objective of “harassing” locals. The introduction of Goonda Act in the island territory where crime rate is very low, and establishment of a development authority with powers to acquire land for development purposes are anti-people reforms. Through Goonda Act, he wants to scare the people of Lakshadweep. The massive outcry against the draft regulations – which proposes a ban on beef, disqualification of panchayat poll aspirants with more than two children, among others – has grown louder by the day. The ban on beef proposed under the draft Lakshadweep Animal Preservation Regulation has contributed to unrest in the Union Territory where Muslims make over 90 per cent of the population.

Q: The Administration says it is for the development of the Union Territory. It will promote tourism?
A: There is no truth in it. Praful Khoda Patel, the Administrator of the Union Territory of Dadra and Nagar Haveli and Daman and Diu, was given additional charge of Lakshadweep in December 2020. He spent very little time in Lakshadweep and unilaterally decided to bring these reforms. Take the example of Goonda Act. His predecessor late Dinesh Sharma, who had spent years in Intelligence Bureau, never thought of Goonda Act because of little or no crime rate in the UT. But Patel came up with administrative reforms which are anti-people in nature. In Daman and Diu, he implemented similar policies. For instance, PASA is to scare the locals.

Q: As an MP, the onus is on you to take up issue with the Central government.
A: As an MP of Lakshadweep, I have always maintained good relations with the Centre for the overall development of the island. A former Administrator Farooq Khan, a retired IPS officer and BJP's Secretary in-charge of North-East, had worked democratically and people appreciated his work. Dinesh Sharma too worked for the well-being of Lakshadweep. But Praful Patel spent only a few days in the Island and came up with six to seven administrative orders which are challengeable. I have been talking to the Central government.

Q: The BJP is divided while the Opposition is united. How will you handle it?
A: NCP chief Sharad Pawar has sought an appointment with the Prime Minister on this matter. All the drafts are under the consideration of the Union Home Ministry which is yet to give its opinion. We have been using social media platforms to mobilise public support for scrapping the drafts and recalling the Administrator. The online mass petition on the issue is being signed by the people of Lakshadweep. The target is 50,000 signatures before it is sent to President Ram Nath Kovind. Non-BJP parties have planned a mass petition to the President seeking Praful Patel's recall. The Central government should recall the Administrator. This is the demand of the people.
We will handle it politically. We have the support of all Opposition parties. A section of Lakshadweep BJP unit has also supported us and some of them have resigned from the party membership in protest against the Administrator.

Q: Are you confident that the Centre will recall the Administrator?
A: The NCP chief has sought the intervention of the Prime Minister on this issue. Mr. Narendra Modi should listen to the outcry of the locals and send a new Administrator.

Q: If the Centre fails then what will you do?
A: We will explore legal options.