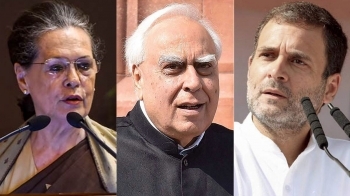 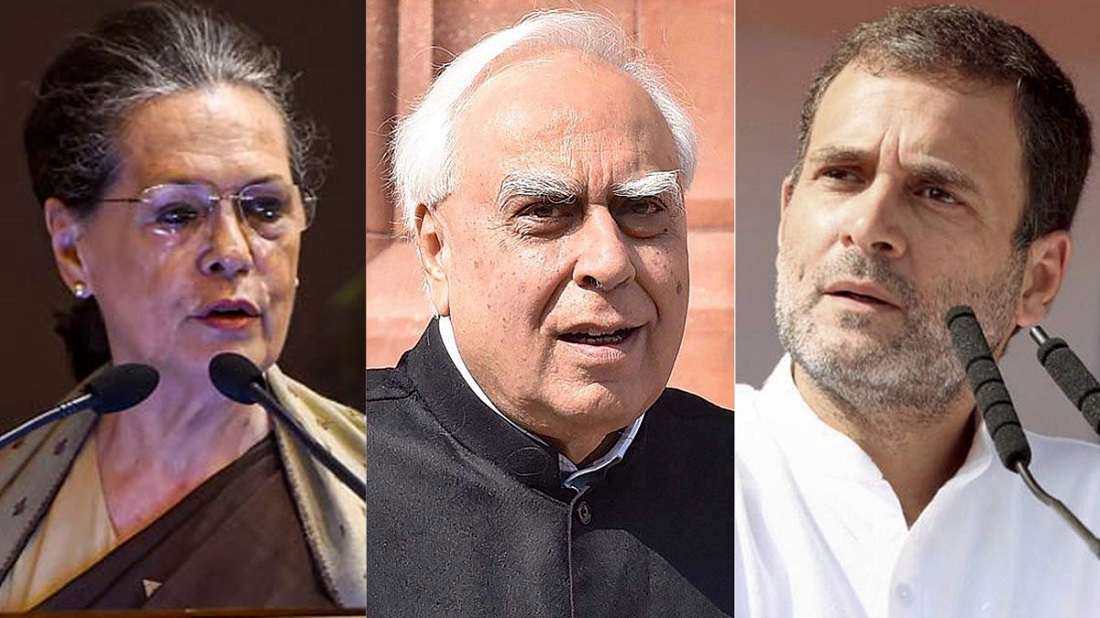 The need of the hour is to redeem India from fundamentalist forces which are digging the constitutional foundation of our nation. Our efforts should not be wasted by trying to redeem the Congress Party that is irredeemable with its given structure.

Veteran Congress leader Kapil Sibal’s exit from the slippery ground of the Congress terrain is indicative of the rot that has set in. Hardik Patel may be a negligible fry, a party hopper for greener pasture. So are some others. But not Sibal and his ilk! Sibal and many others in the Congress Party had been proposing systemic changes even at the top rank of the party. But, some others in the party cannot do away with the family apron strings for their vested interest.

Madame Sonia and her son Rahul seem to have lost the sagacity to read the signs of the times. Nor have they demonstrated the humility to step down for the sake of redeeming not just the party but the nation as a whole. They and the apron string holders are becoming a laughing stock before the nation. And, more than that, by playing into the hands of the saffron family, due to their erratic postures and misdeeds, they are letting the saffron family to have a hearty laugh as if its call for Congress-mukt Bharat is fast becoming a reality.

What is import is that Congress is not India. Nor, for that matter, neither Nehru, Indira nor Modi! The Congress functionaries are more and more proving that the grand old party is losing its utility value and grip. The time they take to mess around with internal party squabbles and wrangling does not allow them to pay attention to serious issues and problems the nation is faced with. Leave them alone to tinker with window-dressing apps.

Today it is not the Congress Party that we need to look up to. Rather, the nation is badly in need of a strong opposition to counter anti-national and anti-democratic forces that are turning grave-diggers of the nation. And, the Congress leadership with its arrogance and inflated importance will not join hands with any emerging alternative to the religious fundamentalist forces that are hijacking the nation. By remaining untouchable among today’s opposition parties, Congress has lost the confidence of its long-time admirers.

Forget about Congress. Now it is time to move on to see if sensible people can cobble together a workable and forceful opposition to counter the party in power that is apparently striving to make India a minority-mukt, a democracy-mukt, a secular-mukt Bharat. Its minions and foot soldiers have been well employed as tools to terrorise people who believe in India’s Constitution-given principles such as fundamental freedoms, namely speech and opinion, conscience and religion, equality and civil liberty, and the like.

Time was when Indians sat together at the table of fellowship to chat, to gossip, to share opinions, to sip a cup of tea and even to visit one another’s worshipping places or participate in festivals and celebrations.  Hindus, Muslims, Christians, Dalits and others lived peacefully in the same village or in close vicinity. Ramu, Samu and Soyab sat together on the same classroom bench without even thinking that the one sitting next was a Muslim, Christian or a Hindu. We even shared meals and invited one another for religious festival celebrations. No one was considered a low caste or an upper caste or belonging to another religion.

But, today, people are forced to look at one another with suspicion. People are afraid to raise voice against an atrocity because there might be a bulldozer coming in no time to raze to the ground their building or burn their possessions to cinder.  Any time a marauding crowd can gatecrash into your prayer hall and force you out and chant bhajans or kirtans. The minority religious communities are apparently living on tenterhooks fearing demolition of their worshipping shrines by forces which claim that, in the remote past, there existed their religious structure. Even national monuments are not spared. The ruling dispensation yields to the religious fervour of agenda-based elements to change names of streets and roads, railway stations and monuments, thereby exposing their feeling of insecurity.

And more! Today our children are brought up in tension-ridden atmosphere of hatred and suspicion towards people of other caste, religion or community. Our own elected representatives are drilling into us the idea that India is not a secular nation. That the destiny of India is to be in the hands of Hindutva forces because it is the majority religion that matters. All others are non-entities or faceless and identity-less creatures. Anti-social elements are prowling around at every bend and curb to catch you and make you shout their religious slogans. It doesn’t matter the world beyond them looks on them with derision. What is important to them is to derail democracy and human fellowship and replace them with agenda-based principles building to a crescendo of violence, terror and hatred.

And, above all, a nation built on unhistorical facts, emotional beliefs, religious fundamentalism and political opportunism. No Dalit should stand up for equality. News 18.com highlighted a horrifying incident where “three people were beaten up in Uttar Pradesh because they didn’t greet an upper-caste man with ‘Ram Ram.’ In the same state, a woman and her unborn child died after she was beaten up, all because she touched the bucket of an upper caste Thakur.”

A statement by South Asians for Human Rights (SAHR) is equally revealing: “In recent times India’s vibrant democracy has been seeing an alarming process of dilution by the rise of xenophobic nationalism and threats to religious minorities who are being pushed steadily into becoming second-class citizens in their own country” (thehindu.com, Meera Srinivasan, Jan. 13, 2022). Unlicensed and unauthorized demolition squads are ever on the rise, with political blessings, to destroy churches and mosques. Emotion takes precedence over reason. Fiction overpowers historical evidence. No human being should express fellow feeling and solidarity with the exploited Adivasis, else he faces incarceration unto death like the fate of late Stan Swami.

The lack of a strong opposition gives free rein to the ruling dispensation to work out its designs. It is gaining speed day by day. If not stopped in its tracks, it will cobble up a minority-mukt nation crowned with xenophobia. The need of the hour is that intellectuals, social thinkers, honest politicians, men and women of substance across religious communities should come together to help towards a seasoned and viable opposition to save democracy, to save our nation.