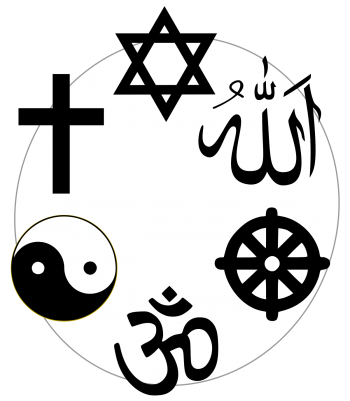 Cholesterol is a class of organic modules called ‘lipids’. It is a ‘waxy and fat-like substance that is found in all the cells of the body’. The body requires cholesterol to make the cells healthy with vitamins, hormones and other digestive elements. They are vital to the existence of the body. But, the level of cholesterol has to be sustained, preventing it from being high or low, in consideration of good health.

Cholesterol has another component, namely ‘triglycerides’, and they are ‘unused calories’ that are stored as fat in the blood. Eating more calories than one could burn can cause triglycerides to build up in the bloodstream, increasing one’s risk for heart attacks and strokes. Now, it directly follows that good cholesterol is to be increased and bad cholesterol, to be decreased. Maintaining healthy levels of cholesterol is important, in view of a healthy life, too.

It is often said that ‘the Creator or God has created human beings and human beings have made religion’. It is the principle of nature that whatever is created cannot be hundred percent. If the creation of the perfect Creator is limited, it is absurd to expect religion to be perfect, which is the creation of limited human beings. No wonder, the system of religions, along with their theories, principles, ideals, laws, rituals and the like, are like a ‘mix of sugar and sand’, in the words of Ram Krishna Param Hans.

There is no denying the eternal fact that several ‘seers, prophets and god-humans’, along with their life and teachings, are at the source of the diverse springs of religions, in different parts of the world and at different times of the human history. The experiences of great men and women were pure and wholesome, like the water of the river that is pure at the place of origin. With the passage of time, dirty elements of the world got mixed with the great life style, values and teachings of the great visionaries and missionaries of religion. As of now, good and bad elements co-exist, just like good and bad cholesterol.

In the course of human history, the world over, religion has supplied a lot of meaning to human lives. It has motivated the humans and prevented people from being disappointed, even to suicidal points. It has constructed civilizations and gave direction to various societies, supplying hope in life, in spite of the odds. Religion will continue to be a ‘great motivating factor’, as the world genius George Bernard Shaw observes. No doubt, leaving aside the details and side elements, the core factor of religion has always been a blessing to the humanity, like good cholesterol in the body.

On the other hand, it is no secret that religion has been behind almost all the major wars, terrors and tensions of the world, by way of an active agent, a full-time ally or a passive spectator. The untold misery religion has caused to the human society thus is beyond the scope of being measured. Even in the modern times, religion is the cause and context of the hate speeches, ill feeling, discrimination, division and murder. The biggest unsociability among people in the world is in the name of religion, as well. This is definitely a factor of bad cholesterol that calls for a major surgical procedure, on an urgent basis.

All religions are full of imaginations, theological theories, superstitions, ceremonies, expensive rituals, pilgrimages, fasts and other stipulations. Most of it does not yield anything much towards spiritual thinking, ethical values, inclusive thinking, harmonious living and a fulfilling life, as far as the day-to-day life is concerned. Instead, it makes people addicted to certain pet ways that pay hardly anything in life. This is certainly like bad cholesterol and has to be seriously watched over.

Once Chandrababu Naidu, former Chief Minister of Andhra Pradesh, while addressing civil officers, said, ‘temples are becoming richer and richer. It is because sin and crime have increased in the society’. Places of worship are often the refuge of scoundrels and criminals, due to the ‘prick of conscience’ payable to their unethical and criminal life. Most major contributions in gold, silver and cash are shares of the foul earnings, in view of propitiating the gods and goddesses for evading punishment. This is definitely bad cholesterol that is gravely deadly.

Religion, all religions for that matter, though in more or less degrees, has a Himalayan system of rituals that vouch to perform pooja or worship to millions and millions of gods and goddesses, along with a variety of other lower elements, like cow, river, snake, monkey, weapon, instruments, animals, sexual symbols and artificial or imaginary projections. Even though they are done in a symbolic way, it is an abomination to the supreme creative power. These aberrations are like bad cholesterol and they require being revisited with modifications in line with rationality and scientific temper.

However good religion may be, religionists have to maintain a reasonable distance from religion. It is like reading a book, which is not possible when one’s eyes are too close to the book. A reasonable distance from religion will help the religionists assess the whereabouts of religion and the religion one is affiliated to. It is a limited world. There are certainly unworthy elements in religions, like bad cholesterol. That requires being eliminated or reduced. Good elements in religions have to be promoted, like good cholesterol. Such a rational approach will help religion from being a liability and in becoming a blessing.

Finally, all traditions of religions have lots of social and ethical values that are highly useful for sustaining human lives. They are indeed human and spiritual values, at the same time. Values are universal in character and they transcend all boundaries. The all-inclusive, inter-active, participatory, collaborative, democratic, secular and practical character of values of all religions, though in a more or less fashion, is the core of religion. These values are for people of all traditions alike. These values are good cholesterol in high content and they require being imbibed by one and all, across the traditions and communities.

(The author is Director, Institute of Harmony and Peace Studies, New Delhi.).