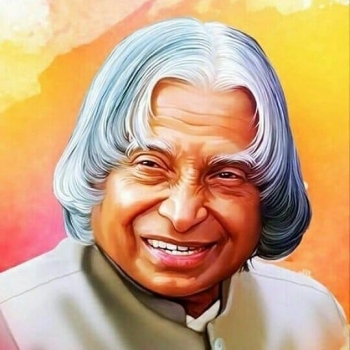 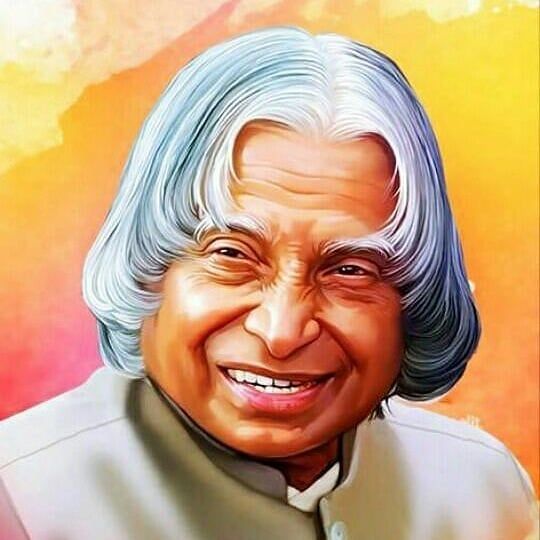 Former President Dr. Abdul Kalam passed away while doing what he loved the most at IIM Shillong. Ever since, Indians have been taking his true measure. Dr Kalam lived a full life for 83 years yet his death was considered a tragedy because he was one of a kind. Renaming of roads, educational institutions, an island and a missile complex did speak volumes of what Dr Kalam meant to India.

In the death of Dr Kalam, India lost a great thinker and scientist who was justly considered a stalwart in all that he did. After 7 years, it’s still hard for many to find suitable words to pay a tribute to this remarkable man. Through a few of his colleagues and friends, I got to understand that Dr Kalam had the satisfaction of knowing he was held in high esteem even by Prime Ministers and leaders of other countries. An incalculable loss to the missile family, his admirers keep growing in number.

Dr Kalam’s strength lay not in his genius to create missiles but in his ability to connect. His humane qualities established emotional bonds with millions whom he never spoke to or met. Everyone who knew him or read about him was able to relate -- they had a common touch. In life he walked the tight rope deftly as well as dedicated himself to being the good man who can unite, forgive and love. While he spoke, he tried his best to describe his ideology, play on the spirit of self-reliance and ambition that inspired progress and prosperity. He didn’t stop with talking or lecturing, for his ground breaking achievements in the scientific world was out there for everyone to see.

His critics might argue that Dr Kalam spent his post-Presidential days just talking or lecturing, urging young minds to dream big. Yes, he also did a lot of doing through talking. In fact, his talking did move and unite minds for a greater purpose. For instance, he reiterated anecdotes from his life, he evoked emotions, stoked up the fire in bellies, instilled leadership values in young minds, taught them to accept failures gracefully and helped them believe in the true power of honesty.

From building India’s first indigenous hovercraft to supervising the successful launch of India’s first Satellite Launch Vehicle (SLV-3), to leading the Integrated Guided Missile Development Program or supervising the successful Pokharan-II explosions, he taught lessons to all associated with, seen or heard him. That is, implementation shouldn’t be divorced from policy, there is no point in having great ideas if they cannot be carried out, implementation challenges if any should be taken care of even while formulating policies, take courage to own embarrassing and devastating failures, handle success with grace and be totally honest with what went right or wrong.

While it came to conformity with his conscience or beliefs, Dr Kalam was a man of action. The Prime Minister and his council of ministers would’ve been literally taken aback on receiving the office of profit of Bill to be reconsidered, the first time in Parliamentary history.

Yes, this man embarked on ambitious plans with a clear vision of what amounts to “fair and reasonable” and “clear and transparent”. In his book ‘Turning Points’, Dr Kalam had mentioned there was tremendous pressure on him to sign the Bill as he deliberated on it for almost 17 days. He went on to assert that standards of public probity should never be compromised. Any visionary of Dr Kalam’s stature would shudder at the thought of a strong democracy running the risk of degenerating into a failed state.

Those who are loud and clear about parliamentary decorum can be counted on one’s fingers -- one is Dr Kalam. Parliament, the mirror of Indian democracy, and corruption bothered him to the extent of being vociferous about the same. He vouched for tough anti-corruption rules and aggressive transparency. Dr Kalam’s interaction with Karnataka’s newly elected legislators in 2008 is a noteworthy precedent. Always on the go to find innovative solutions to the scourge of corruption, he tried his best to break new ground by forcing people to think. Soon after the 2004 election results were declared, when many hurled verbal attacks against Sonia Gandhi for her origin, emails and letters were sent to Dr Kalam as to why Sonia Gandhi will never make a good choice as the PM of India, Dr Kalam stood his ground for he knew what was constitutionally tenable. As many think or assume, neither was Dr Kalam coerced by letters or emails from individuals nor was Sonia Gandhi denied the post of PM. He was indeed surprised when Sonia Gandhi nominated Dr Manmohan Singh as the PM. We had a President who stood tall when it was hard, spoke loud for others to pay heed and fought for was right, in his own unique ways.

Never careless with his words, he visited children around the world to tell them to dream big, to instill in them a confidence only he had known and experienced to become the greatest. Loved by all kids of cities, towns and rural areas, Dr Kalam became a hero, could be because children hoped to see something of themselves in him.

After his presidential days and powers ebbed, Dr Kalam became another force to be reckoned with; a powerful force for peace and unity. European Parliament was shaken up by his speech on world peace. Indians saw a President who was a missile scientist who put India on the global map, a teacher who set minds on fire and a leader who was hell bent on spreading goodwill. We saw a man who made known to the world that India is the land of Thiruvalluvar and Kaniyan Pungundranar. We saw a man who let his conscience rule over him, come what may. We knew of a President who walked his talk, went on a spiritual journey that helped people see the goodness of all faiths and understand the moral common ground of all religions.

As we remember him specially on his seventh death anniversary on July 27, we are indeed fortunate as this great man graced our time.