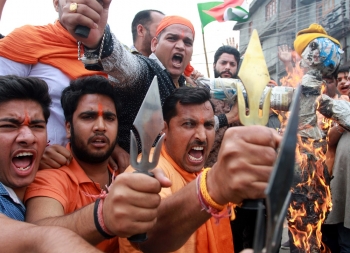 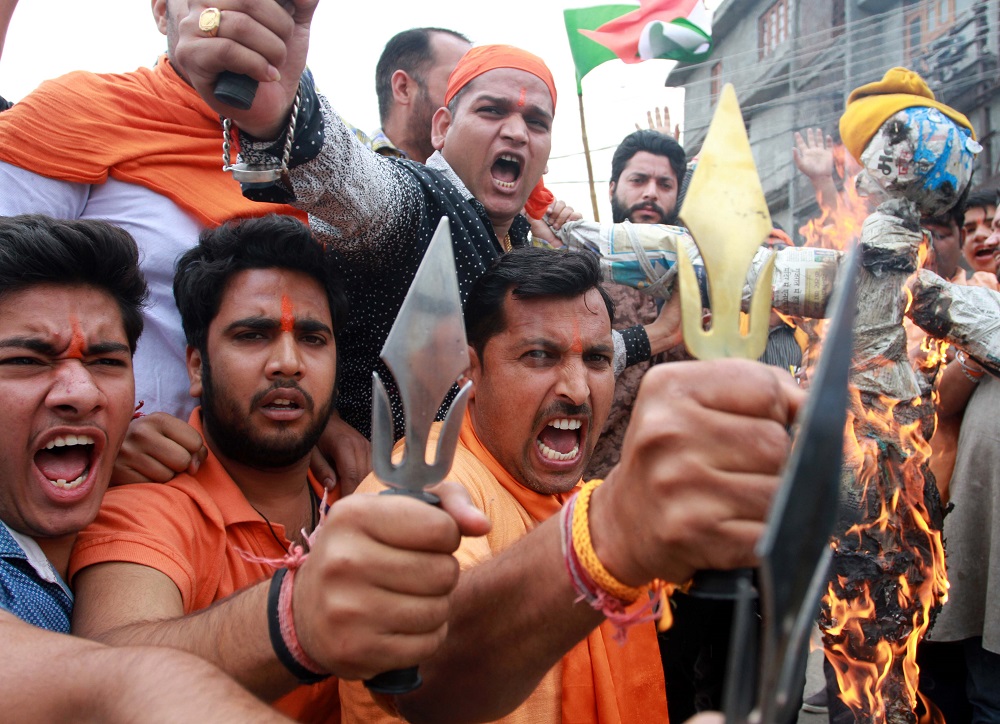 Attacks on churches, and harassment of priests and nuns have become almost a routine affair after the BJP came to power at the Centre under the leadership of Narendra Modi in 2014.  Hostility against Muslims and Christians from the Hindutva radical groups intensified after the BJP retained power with more seats in 2019 and captured power in many States.  Because of political compulsions, the law-enforcing agencies and the police always support the radical groups who indulge in crimes against minorities.

Though the Constitution of India has ensured the universal values of liberty, equality, justice, fraternity and dignity of all individuals, unfortunately they remain on paper. Various law enforcing agencies, constitutional bodies and   judiciary work under the pressure of the Government.  It is a paradox that persons who are bound by oath to protect and preserve the Constitution violate them.

The latest incident of harassment of nuns and postulants happened while they were traveling in a train from New Delhi to Odisha. Such incidents have taken place in the past also. When nuns travel in North India in public transport in their traditional religious habit and uniform sari with cross, medals and rosary, along with young girls or village women, they become targets of the radical groups of Hindutva forces who are fed with misinformation about Christian missionaries.

Several times nuns have been abused and dragged to police stations to file false cases against them. These incidents are repeated because neither the congregations of nuns nor the church leaders ever analyze the fast-changing socio-political context and make new strategies and action plans to meet the new challenges. They continue defending the old rules and routine practices (old wineskin) inherited from colonial times.

While making a review of the Church influence in India, we can see that in the past the Church and its consecrated women and men were held in high esteem and were honoured by all people. This was because of the monopoly the Church enjoyed in educational, social and health ministries. However, after a few years, the Church experienced competition and challenges from other groups and agencies. Not only they too started schools, colleges, hospitals and social welfare programs but started doing better than us.

Today we face not only opposition and harassment but experience threats of alienation and elimination.  Despite the danger at our door-step neither the leaders nor the members of the Church have realized the importance of review and reflection of their life and work. Despite numerous meetings at the local, regional and national levels, seldom persons are seriously contemplating to prepare strategies and action plans for managing crisis. Organizing prayer sessions, protest meetings and writing articles in Church magazines alone will not solve problems.

No effort is made to prepare effective strategy and action plans to counter the challenges the Church faces.  Hardly anyone is reflecting on the solution Christ has given to meet the challenges and make the mission once again more relevant, “put new wine in new wineskin”. Despite Christ’s warning not to make patchwork, dioceses and congregations are adopting patchwork solutions which would only increase problems.

The first incident which sent shock waves across the country took place in 1990 at Gajraula where nuns were raped in their convent. In the same year, two nuns who were taking care of street children were found murdered in their house in Bombay. Attacks on Church institutions, harassment, murder and rapes of nuns were happening in different parts of India. It was frustrating to see that these incidents only increased the indifference and insensitivity of the hierarchy, priests and religious in the Church. Even the large-scale of violence, murder, rapes and destruction of hundreds of families and Church institutions in Kandhamal in Odisha did not bring a lasting change in the attitudes and action plans of the church in India.

Soon after the victory of Narendra Modi and formation of BJP government at the Centre in 2014, I had met several bishops of North India and discussed the need for a consultation for preparing  a strategy  and  holistic action plan to counter  the saffron surge. None of them took the proposal seriously.  I made this initiative because of my exposure and experience with several priests and religious across the country.  I believed in the strengths of the Church in India and the miracles it can work with the resources and opportunities available with it.

“Let us give them (BJP) a chance because Congress has spoiled the situation”; “There is no need of preparing any strategy and special action plan now”. Such was the complacency of the leaders of the Church. The way the Church leaders and priests go after Narendra Modi and other BJP leaders with folded hands asking for favours is a disgusting scene. What stops them to be prophets and speaking out fearlessly? Are they concerned about safeguarding the institutional interest of the Church at the cost of Christ’s mission?

The following books will be of great help to respond to the challenges of radical Hindutva groups.

After repeated attacks on churches, priests and nuns since 1990 and the big tragedy of Kandhamal violence in 2008, we had taken the initiative to organize a consultation of priests and nuns from the mission regions of North India to prepare a strategy and action plans. We had published a book, “Vision 2030” highlighting the strength, weakness, opportunities and threats. The book had proposed strategies and practical action plans to make the Church relevant to meet the challenges ahead of it by 2030.

Knowing that the priests and nuns are not aware of the strategies and action plans of Hindutva groups under RSS, Fr. Jacob Peenikaparambil published a book in 2016 titled “Saffron Surge” explaining how the Hindutva groups started working much before Independence. He also proposed many practical suggestions to renew our strategies to meet the challenges ahead of us.

Prevention and Resolution of Crisis through Public Relations

This book presents   practical ways of making consecrated life and mission of Christ more relevant and acceptable. The book contains ways of putting into practice the teaching of Christ, “Put the new wine in new wineskin”. Published in 2020, this is a hand book for priests and nuns who wish to live and work in a Christo-centric way in the midst of hostile environment.