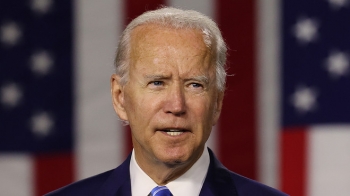 Restoring the Soul of India 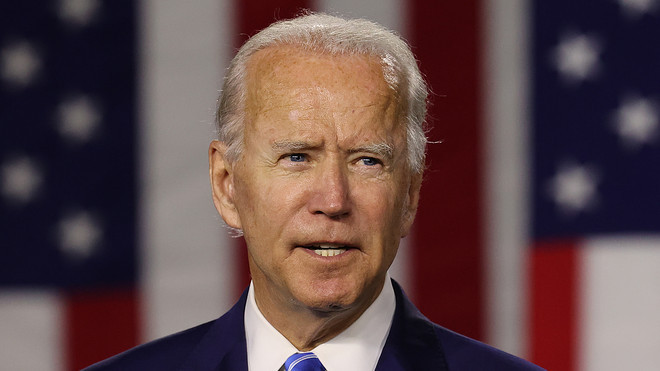 Joe Biden, the president elect of America revealed his vision and the mission ahead in his victory speech, “I sought this office to restore the soul of America”.

The right wing politicians in different countries are exploiting the racial and religious sentiments of people to win elections and capture power.  Donald Trump won his election and became the president of the United States four years ago with his exclusive agenda of “America First” which meant,” (Whites First). His four year presidency was very exclusive, self centered and oppressive to the African Americans and migrants.

Trump was determined to get re-elected again with his exclusive and discriminatory agenda. This brought him closer to Prime Minister Narendra Modi who shouted the slogan, “Ab ki bar Trumb Sarkar”, violating diplomatic protocols.

Unlike the former president Barack Obama who bluntly spoke of the violation of human rights in India and attacks on the minorities during his official visit to New Delhi, Donald Trump never uttered a word against the communal violence which was taking place in East Delhi against Muslims when he was in New Delhi in February 2020.

Joe Biden proved his purity of intention by choosing Kamala Harris of Indian origin as his vice president. “She is the 1st woman, 1st Black woman, 1st woman of South Asian descent and 1st daughter of immigrants  ever elected to the second important national office  in the history of America”, remarked Biden. By this unprecedented act Joe Biden has proved his intention of restoring the soul of America which is pluralistic and inclusive.

In his victory speech the president elect Biden declared his mission of reconciliation, “It is time for America to unite and heal.  I will be president for all Americans whether you voted for me or not”. He wanted to bring peace, dialogue and reconciliation.
There is an urgent need of restoring the soul of India with universal values as expressed in the preamble of Indian constitution: liberty, equality, fraternity, justice, pluralism and dignity of individual. There is an urgent need for uniting and healing the wounds in our country which is polarized and divided in the name of religion, caste, language, culture and regions.  Unfortunately the political and religious leaders in our country are exploring ways and means to spread hatred, revenge and violence against all who are critical of their policies and actions.

The victory of Joe Biden provides many significant lessons to Indian people and leaders.

1.   Patience and perseverance:
Joe Biden began his political life as the youngest member of the Senate and re-elected several times. Though having many years of experience in politics he failed twice to win the nomination of his party to contest the presidential election. He succeeded only at the third attempt. He had developed an indomitable spirit. He must have learned the lessons of patience and perseverance from Abraham Lincoln who had faced failures for 28 years before his election as the president.

2.   Developing broad, inclusive and lasting vision:
He has developed his vision from deep experiences. Suffering personal tragedies of losing his wife and daughter at a young age in a car accident and death of his son later due to cancer have made him compassionate to people who suffer death and tragedies. He was concerned about the pandemic Covid 19 which killed more than 2 lakh people in America. Hence he has made Covid management his first priority. Leaders and people in our country follow an instant culture of money, power and success because they are ambitious without a lasting vision for the nation. Personal selfish ambition is the driving force of all political leaders irrespective of party and ideology.

3.   Priority of reconciliation and unity:
He saw how American society was divided with racial discrimination and violence. He has made reconciliation and unity another important priority. After getting elected he spoke, “It is time for America to unite and heal. ……I will be the president of all Americans whether you voted for me or not”.

He has promised to restore America’s partnership with the Paris Accord and WHO from which Donald Trump had walked out.  Joe Biden has already given indications of restoring the relationship with the countries of the world.

I wish if the leaders of our country learn from Biden to take the people of all castes, religions, regions and parties and work for unity and harmony. Will they have the courage to abandon the sectarian mindset and agenda to promote the ‘we feeling’ which the Constitution promotes in its opening declaration, “We the people of India”.

4. Restoring democracy, justice, liberty, equality and fraternity and individual dignity.
While Donald Trump campaigned with slogan of “America first” to alienate and discriminate all migrants and black Africans, Joe Biden made his vision of restoring the ‘soul of America’ by ensuring freedom, justice, equality and dignity of all individuals without any distinction and discrimination. Before and after the election he has proved to be a leader who walks his talk.

5.   Champion of women empowerment:
Joe Biden had the audacity to break the glass ceiling and make a woman as vice president for the first time in the history of America.   He made a trendsetting decision of choosing a black woman of south Asia descent for the second most important position in the country. Though in our country there are women in politics and other professions the plight of a large number of women is very miserable. Will the men in our country, especially the politicians and religious leaders learn to encourage and empower women to bring out the best out of them for the good of the society?