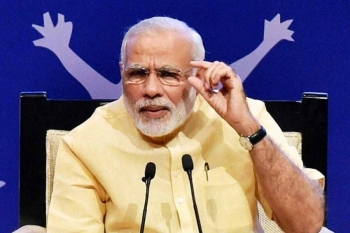 At a recent function commemorating the medieval Dalit chieftain, Maharaja Suheldev of Shravasti in Bahraich district, PM Narendra Modi alluded to the distortions of history perpetrated by those who enslaved the country and the elitist colonised minds who have since dominated the historical discourse. He regretted the injustice done to the innumerable heroes and heroines who dedicated their lives to this nation, citing the example not only of Maharaja Suheldev but of Subhash Chandra Bose, Sardar Vallabhbhai Patel, B R Ambedkar and even the brave hearts of Chauri Chaura (Is this last reference a snide put-down of the Mahatma who called off the non-cooperation movement subsequent to the killing of policemen at Chauri Chaura?).

To draw a rather nebulous equivalence, the PM’s criticism of Indian historiography is reminiscent of the renowned historian, Ranajit Guha’s exposition on colonial expropriation of our history. According to Guha’s analysis, our understanding of history had been mangled by the “elitism” both of the colonialist and bourgeois nationalist historians who largely ignored the subaltern perspective i.e., the politics of the people.

The tenuous similarity in the critiques ends there. The PM’s call for decolonising history is nothing more than clever subterfuge to impose a dubious Hindu nationalist narrative into our understanding of the past. In his peroration on Indian historiography, the PM bemoaned the neglect of heroes and heroines who had dedicated their lives to the protection of “Bharatiyata” which is essentially a validation and celebration of the Hindu ethos and culture without the abrasive resonance of synonymous Hindutva. What was even more ominous was the PM’s follow-through declaration that “the injustice and tampering done hitherto is being rectified today”.

It’s now official, folks! This Government is masterminding the rewriting of our history, drawing inspiration from George Orwell’s terrifyingly dark playbook: “Those who control the present, control the past and those who control the past control the future.” Like with other nationalist, fundamentalist ideologies, the past must legitimize and exculpate the present and hence has to be reconstructed to correspond with the socio-political agenda of the regime, a debasement which Eric Hobsbawm calls the “politico-ideological abuse of history”.

Research into the past is an inductive process where you first collect facts and then interpret them. Of the bewildering array of judgements on what makes history, the only incontestable assertion is that this long-distance, blinkered interaction between the historian and his facts, is all about interpretation with absolute objectivity being a mirage. The iconoclastic historian, Howard Zinn opined that all history was partial in two senses; it is partial because it covers only a fraction of the past and it is partial because it takes sides by what it emphasises and what it deletes. While there is no doubt that the writing of history is influenced by the society and our position in time, no serious historian will disagree that irrespective of how we view the past, the sanctity of facts is fundamental to any historical endeavour. The starting point of historiography is “a hard core of facts” however inconvenient and vexatious.

The real problem arises when the writing of history becomes a political project, with the past being recalibrated to fit the world view of the governing elite. When history writing is dedicated to using and manipulating the past to legitimise present beliefs and ideology, we have propaganda, not history. That the latest exercise is being undertaken in an ecosystem of overweening political and religious majoritarianism is ominous indeed! Myth and fiction are being unashamedly purveyed as hard historical fact.

According to a 2018 Reuters report, the Government has appointed a committee of scholars whose mandate is to harness evidence in the form of archaeological evidence and DNA to prove that Hindus are the original inhabitants of this land, that the Hindu scriptures are facts and not myth, that there is a foundational animus between Hindu and Muslim. The primary focus of the project is to debunk the conventional narrative of a multi-cultural ethos germinated in migrations, invasions and conversions. The ultimate goal of this exercise is to construct a nation and society that consigns minorities to the margins, when they are not otherwise demonised as enemies of the nation.

There is today a brazen embrace of the most preposterous fantasies about our past. Earlier this month, Yogi Adityanath launched the first edition of the Global Encyclopaedia of the Ramayana. Apart from emphasising the authenticity of the legends and places depicted in “Ramayana”, he added his bit to historical phantasmagoria by asserting that Lord Ram returned from Sri Lanka in a pushpak viman - a flying machine.

Right-wing ideologues masquerading as historians are hard at work weaving fanciful tales of Maharana Pratap besting Akbar, and the legendary Ram Setu being built by Lord Ram and his monkey companions, which provoked leading geologist CP Rajendran to remark that such a conclusion was an egregious example of “the post-truth era where debates are largely focussed on appeals to emotion rather than factual realities.”

The scientific community has been co-opted in this multi-pronged desecration of India’s history. The Indian Science Congress, an august forum committed to the advancement of science, has become a platform for ventilating the most bizarre claims – that India was making test-tube babies thousands of years ago; India had given the world algebra and Pythagoras’s Theorem; ancient India was familiar with the internet and nuclear weapons. In one presentation, it was claimed that there were planes in the Vedic age that journeyed across planets. Is it a coincidence that in Orwell’s Nineteen Eighty-four, there is this postulation: “The Party’s history books claimed that the Party had invented aeroplanes.”?

For those who have faith in the inherent resilience of our democratic institutions, by far the most disturbing aspect of this messianic zeal to falsify history is the Supreme Court’s tacit endorsement of the erasure of historical memory. At a time when the highest Court’s credibility is at an all-time low due to a series of controversial judgements of omission and commission, the SC’s shocking verdict of 20/7/2020 on petitions seeking protection of ancient remains and artefacts recovered during excavation of land at Ram Janmabhoomi in Ayodhya for the Ram temple construction is a striking example of “spoliation of evidence”

The two PILs were essentially an eminently reasonable plea to the highest court to ensure conservation of relics from a critical archaeological site – a routine exercise for any country proud of its cultural heritage, But the SC dismissed the petitions as “absolutely frivolous”. The three-judge bench pulled up the petitioners for questioning, by implication, the 2019 judgement of the five-judge bench of the apex court which held that the faith of Hindus that Lord Ram was born at the Ramjanmabhoomi site was undisputed, and as such, He is the owner of the land. In effect, the Court was ensuring that any evidence that might raise questions on the soundness of the judgement should be destroyed. Going beyond the terrestrial confines of the law, the Ayodhya verdict had privileged faith over all other considerations. And yet the three honourable judges clearly believed that the Ayodhya verdict is cast in stone and cannot ever be contested or even questioned. It is a closed chapter, even in its historical context. So inured to injustice have we become that there has not been a single appeal against this outrageous judgement.

At a time when alternative facts and the post-modern fetish of blurring the distinction between truth and fiction have been dignified even in academia, one needs to heed Jean-Jacques Rousseau’s warning against concocted history: “The falsification of history has done more to impede human development than any one thing known to mankind.” Orwell was even more lethally blunt in describing an ethos akin to what’s happening in India today: “The most effective way to destroy people is to deny and obliterate their own understanding of their history.”

(The writer is a retired civil servant}