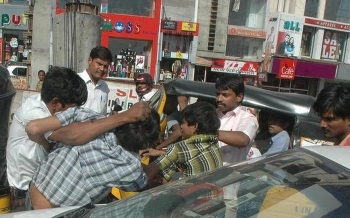 ROAD RAGE: Better not to React 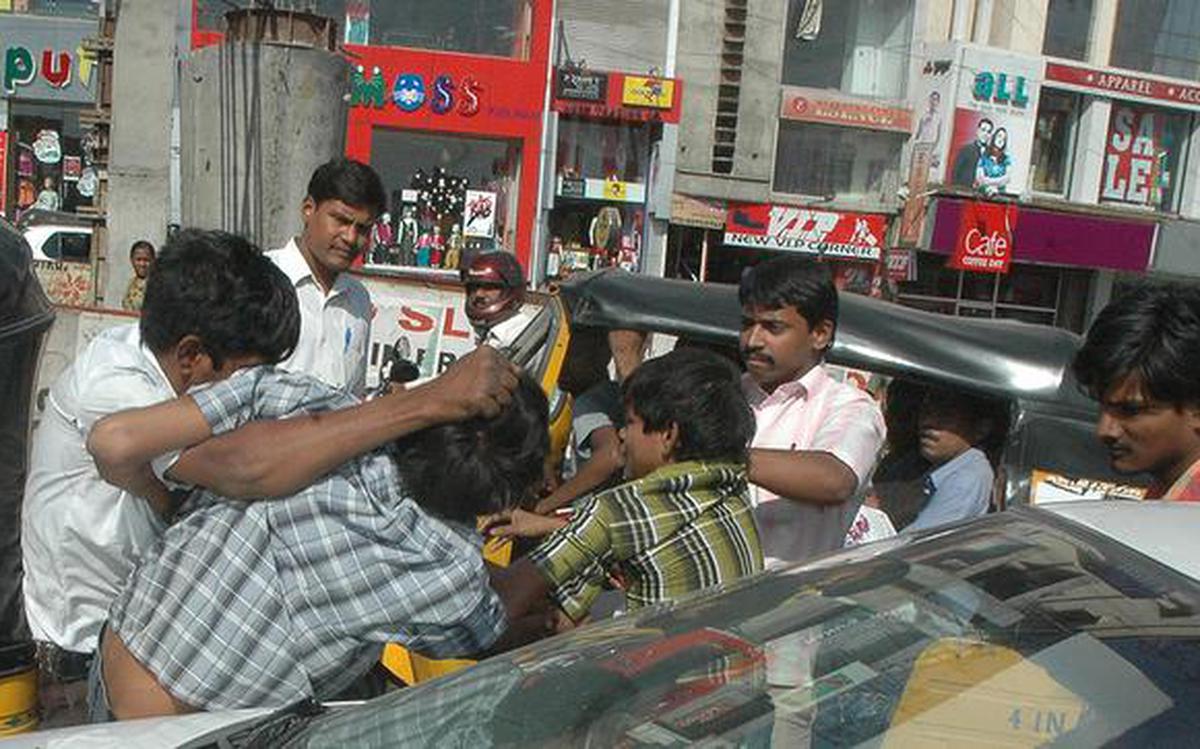 This May 28, newspapers had reported the cruel manner in which a twenty-year-old boy in Ahmedabad was chased, thrashed by 5 men with a chain and beaten mercilessly after the scooter he was riding was hit by another scooterist who drove on the wrong side of the road. On July 3, in Delhi, a scooter which was being driven on the wrong side brushed against a 20-year-old who was walking on the road along with his friend. Apparently the scooterist was in a drunken state and following a heated argument, the boy was fatally stabbed in the chest.

Not long ago, in Mumbai a 33-year-old man was sentenced to six months simple imprisonment for using abuse words and gestures to a 66-year-old woman in a road rage incident. The offender suddenly came from the left and pushed the car of the woman being driven by her son towards the divider and went away. But a little later, at the traffic signal he took down the window and allegedly showed his middle finger to the woman and her son. The woman tried to pacify him in vain. A case was booked after a traffic policemen intervened. The Metropolitan Magistrate observed that crimes related to the modesty of women are attacks on their fundamental rights to live with dignity and if the court is lenient in such cases then it would send a wrong message to society.

In a case of bail in respect of a road rage that was decided by the Kerala High Court last year, the offender had intentionally slammed his vehicle, a truck, on an Innova car belonging to the High Court of Kerala. The driver of the car had parked the vehicle and had gone to the nearby shop for purchasing a bottle of water. At that time, the truck driver reached the spot in his vehicle and on finding the car blocking the access to his shop, demanded to move the vehicle immediately. The driver of the car replied that he will move the vehicle after purchasing the bottle of water. This apparently enraged, the truck driver slammed his truck against the car. The incident resulted in the vehicle sustaining extensive damage and the driver getting arrested by the police. Since the incident had occurred on the spur of the moment, it was not premeditated and the offence was committed under the Prevention of Damage to Public Property Act, the Court agreed to provide bail to him but ordered him to deposit an amount equivalent to the damage assessed and surrender his driving licence for three months.

This May 19, the Supreme Court sentenced ace cricketer and politician Navjot Singh Sidhu to a one-year rigorous imprisonment jail term for the death of a 65-year-old Gurnam Singh in a road rage incident that occurred in 1988 at Patiala.  Apparently, after a dispute arose on the right of way between Sidhu and Gurnam Singh, the former pulled out the latter from his vehicle and inflicted fist blows. After Sidhu left the scene of the incident, Gurnam was taken to hospital where was declared “brought dead”. Although the trial court acquitted Sidhu in 1999, the Punjab and Haryana High Court in 2006 held Sidhu guilty of culpable homicide not amounting to murder and sentenced him to three years in jail. In 2007, the Supreme Court stayed the conviction pending appeal but eleven years later, it held Sidhu guilty for voluntarily causing hurt to Gurnam and fined him Rs 1000. Gurnam’s family filed a review petition in the Apex Court to treat the offence as more serious than just causing hurt and sought punishment. While sentencing Sidhu, the Supreme Court dwelled on the necessity of maintaining a reasonable proportion between the seriousness of the crime and the punishment. It maintained that punishments are awarded not because of the fact that it has to be an eye for an eye or a tooth for a tooth, rather having its due impact on the society; while undue harshness is not required but inadequate punishment may lead to sufferance of the community at large.

In India there is no specific provision under the Motor Vehicles Act or the penal statues which makes 'road rage' a punishable offence. But in several countries road rage is a serious violation of traffic rules especially when someone uses his/her vehicle as a weapon to retaliate against other drivers on the road, be it driving too close to another vehicle’s bumper or bumping another vehicle’s bumper, braking suddenly in front of another vehicle or using horn for an extended period of time, taking another driver off the road by force and exiting one’s vehicle car to harm another driver. It is considered an extremely serious act in Australia and anyone whose conduct causes or threatens an impact involving the other vehicle while intending to cause a person bodily harm can be charged with predatory driving and jailed for up to five years besides fines amounting to USD 7000. In Germany, road rage - be it insults or rude gestures in traffic - can lead to fines and prison sentences for drivers who shout insults or make offensive gestures while driving. In New Zealand, drivers have a legal duty to take reasonable care to avoid endangerment of human life while driving a vehicle and although road rage is not an offence, anyone is liable to be booked for other offences committed during an act of road rage (usually assault or unlawful possession of an offensive weapon). However, ramming a vehicle constitutes intentional or reckless damage to property is a criminal offence, with a maximum penalty of seven years of imprisonment. Offenders found guilty of raod rage in Singapore can be imprisoned for up to two years along with a fine of up to USD 3500 for causing damage. In the United Kingdom, road rage can result in criminal penalties for assault or more serious offences against the person. Anyone who makes a rude hand gesture, expresses his/her anger or drives inappropriately close to another car or overtakes on the wrong side can be fined £1,000 besides endorsed with three penalty points on their licence. In the US, some States have strict laws in respect of road rage as reckless driving and those causing serious injury or death during road-rage incidents will suffer more serious penalties like in the case of Colorado driver who was convicted of first-degree murder and sentenced to two consecutive life terms for causing the deaths of two motorists in November 2005.

Various studies have shown that factors such as crowded roads, displaced anger, and stress, as well as the misuse of alcohol and drugs, can contribute to road rage. Notably, high-anger drivers are already stressed. They engage in dangerous behaviours such as hitting or nearly hitting other vehicles, speeding, swerving through lanes, tailgating, besides jumping red lights, screaming and honking incessantly. Such drivers have been found to experience more anger throughout the day, as well as anxiety and impulsiveness.

Next time when someone overtakes you from the wrong side or steals the parking space by suddenly occupying it or repeatedly honks or yells at you, it is best not to react.

Changing the attitudes and behaviour of those who break traffic regulations through counselling is challenging but not impossible.