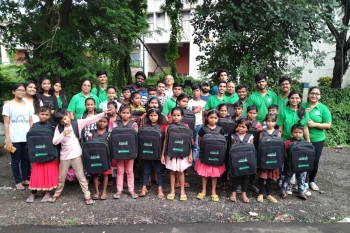 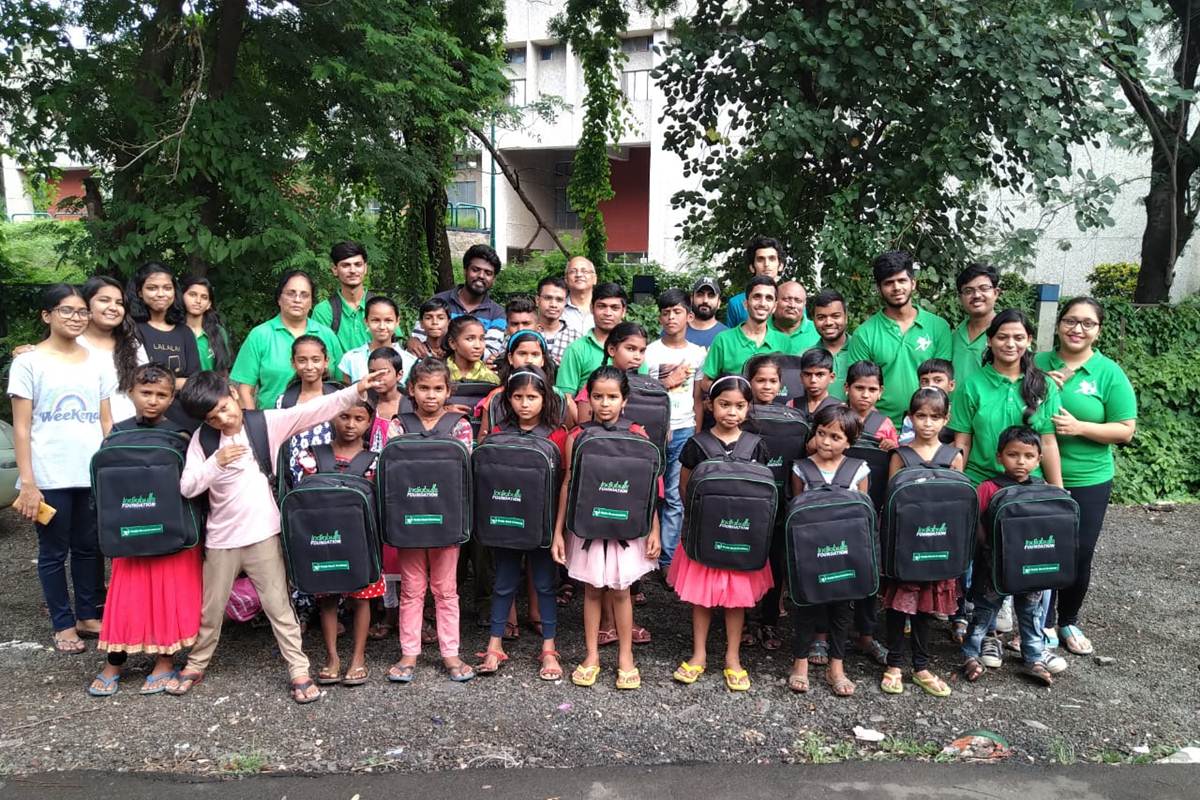 These boys never expected that their dream would have so many followers.

“Why not we go to the railway station this Sunday evening and distribute some eatables to the beggars?” Tarun Biswas suggested to his friends one evening.

Accordingly the four boys purchased some edibles from a nearby hotel with their pocket money and set out to the railway station.

Seeing some poor beggars on the way, these boys offered them what they had brought along.

Doling out their charity, they didn’t disappear in haste. Sitting with these unfortunate ones, these friends enquired about them, their families, life, income and problems. The youngsters were touched at the plight of these hapless ones.

Returning home, they shared their stories to their family members and college friends. Many boys and girls got interested and they too joined them on the following Sunday.

Linking themselves with the Robin Hood Army, they began to wear their green T-shirts during their mission. They also began to share their stories with the photos and videos on the social media. Thus the strength of the Army grew.

Focusing on hunger alleviation, Neel Ghose, Anand Sinha and Aarushi Batra established the Robin Hood Army (RHA) on August 26, 2014 in New Delhi. This volunteer organization collects surplus or freshly cooked food from restaurants and distributes them to the needy. Its basic ideology is each locality will contribute towards providing food to the needy through its local volunteers and restaurants.

RHA has spread to 204 cities in 14 countries with about 78,262 volunteers. The volunteers are from all walks of life. It has served over 66.17 million homeless people, living in orphanages, night shelters, homes for abandoned, public hospitals, streets and nearby villages.
During their free time the volunteers go about collecting anything a donor voluntarily offers them: food, clothes, books, notebooks, stationeries, medicines, toiletries etc. By rule they do not accept money. They go in small groups in their free time to distribute them to the needy.  Instead of rushing back after doling them out, they spend some qualitative time with them listening to their stories, comforting and empathising with them.

They also introduce the Army to new volunteers by spreading awareness of its activities through social media. Thus it inspires a community to give time and aid to those who need it most.

RHA also organises special drives on occasions like Covid-19 lockdown, Diwali, winter, Independence day and draught season. Besides distributing material helps, they also organize games, magic shows, rangoli competition, hygiene drives and educate street children.
“Food, empathy and encouragement can help structurally change someone’s life,” says the Army’s founder Neel Ghoose. “We want to create an impact amongst the less fortunate and in the process inspire a community to give time and help to those who need it,” he adds.

“Rivers don’t drink their own waters; trees don’t eat their own fruits. The salt seasons the soup in order to have its purpose fulfilled. Live for others.” – Israelmore Ayivar