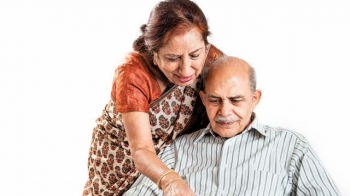 SAFETY FOR SENIORS: Strengthen Safety Measures for the Elderly

It is rather deeply depressing that crimes against senior citizens seems to be rising in the country. As many as 4,264 cases of various crimes against senior citizens were reported in 19 metropolitan cities in 2021. According to the Crime in India report for the year 2021, recently released by the National Crime Records Bureau, in 1200 murder cases involving the elderly people above 60 years, 1241 people were killed.

In Vellore, Tamil Nadu, not long ago, an elderly couple, staying alone was killed by their 26-year-old neighbour (who was trusted by the couple and even took part in family functions) and his accomplice, a college student. Three weeks after the gruesome murder, the police finally zeroed in on them.  On the fatal night, the perpetrators visited the couple and as such, there weren’t any signs of forced entry. Once inside the house, the duo overpowered the victims and killed them. The offenders then poured water, washed away their finger/foot prints and quietly sneaked out through the backdoor with their booty that included jewels, a laptop and cash. The motive behind the murder was to settle their debt of Rs 20,000/-

The sensational murder of former Union Minister Rangarajan Kumaramangalam's wife - 70-year-old Kitty at her residence last year sent shockwaves across Delhi. Kitty and a few others had offered financial and medical aid to 24-year-old Raju, a laundryman in the area who had contracted COVID. However, deep financial crisis triggered by the pandemic led him along with two accomplices (both drivers by profession) to plot and execute the murder of Kitty. The trio, said to be alcoholics, apparently needed a steady flow of money to sustain their vices and clear debts. Kitty gave Raju clothes for laundry regularly and he had free access to her house for the past five years. As Kitty wasn't keeping well, she would ask Raju to keep her laundered clothes in the cupboard. Raju reportedly told police that he knew the woman was a minister’s wife and he thought she had money stored in a small detachable locker inside the cupboard, which became a source of envy that ultimately triggered him to become a murderer. Raju first went in and the door was opened by Kitty's maid and his two accomplices soon followed. After they thought the maid had been strangulated the trio used a pillow to smother Kitty to death. They fled with cash, jewellery and the small locker belonging to Kitty including a gold necklace, nose ring and earrings of the maid. Raju didn’t get anything from the small locker as it had only documents. The maid after regaining consciousness about an hour later was shocked to find a lifeless Kitty on the floor and the whole room ransacked. The police were alerted soon after she called her husband and told him what had happened.

Investigation into a case of an unsuccessful attempt to loot an ATM in Vijayawada, Andhra Pradesh, led the police to two suspects. On interrogation, based on their confessions, three more persons were apprehended. During questioning it emerged that the gang, comprising of three auto drivers, a vegetable seller and a painter, all aged between 20 and 22 years claimed responsibility in killing six senior citizens in quick succession. The gang allegedly targeted elderly persons in and around Vijayawada. Taking advantage of COVID and curfew, the gang planned the killings on the belief that no one would suspect foul play, especially amid the pandemic. Further, they felt that the deceased would be buried in haste and the cause of death would be presumed to be either COVID or due to natural causes. Accordingly the gang conducted recce during day time and identified senior citizens. The houses of the identified victims were broken open during the night and the gang mercilessly smothered them to death and escaped with gold and cash. Reportedly, out of  six murders, only one case was registered with the police. In other incidents, family members of the deceased did not lodge complaints on the belief that they had died of COVID.

More recently, no sooner an elderly couple reached Chennai from California they were allegedly murdered by their Nepali driver Krishna and his friend Ravi. While Krishna, worked as a driver for about seven years, his parents worked at the deceased couple's farmhouse on Chennai’s outskirts for nearly 20 years. Krishna, who was also given a room at their home, overheard a phone conversation before the couple left for the US a few weeks back about a big property sale worth Rs 40 crore. Krishna assumed the cash had been kept in the house but did not have the keys even though he was staying there. So Krishna planned to murder the couple on their return assisted by his accomplice. Unable to contact her parents, the US-based daughter aaked a family friend to visit the couple who found the door of the house locked and the car missing. The Police swiftly arrested Krishna and Ravi after accessing the call data records of the deceased man’s phone, which had received FastTag messages on crossing toll plaza on Chennai-Kolkata national highway and by tracing the phone location of the accused. The duo confessed killing the couple with a rounded blunt object and shifting the bodies to the farm house. Finding the locker didn't have Rs 40 crore, they took the gold (9 kg) and silver (60 kg) in it and before leaving the murder scene, the accused also took the hard disk that had been recording CCTV footage.

That many elderly couples living alone can become easy targets for unscrupulous elements, calls for concerted efforts to strengthen violence protection initiatives. Community policing programmes and neighbourhood watch scheme already in vogue in some of our cities merits emulation across the nation. Besides police-community interface and door-to-door visits by beat staff, other initiatives like motivating senior citizens to install home security devices, employing servants and attendants only after proper police verification of their antecedents, keeping digital track of hawkers and other vendors can significantly enhance the safety and security of residential areas. Above all, there is an imperative need for increased cooperation among the police and the elderly people to prevent crimes.