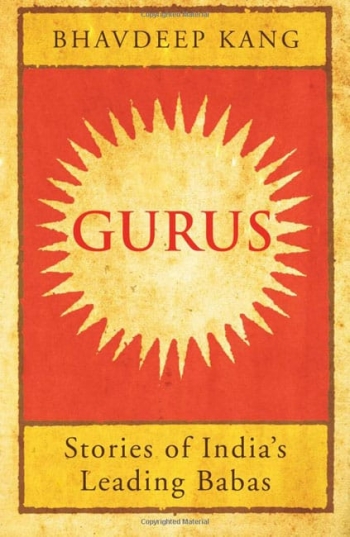 Devadasi literally means God’s female servant, where according to the ancient Indian practice, young pre-pubertal girls were ‘married off’, ‘given away’ in matrimony to God or Local religious deity of the temple. These girls were not allowed to marry as they were supposedly married to the temple. Her duty was to ‘serve’ the priests, inmates of the temple, the Zamindars (local land lords) and other men of money and power in the town and village. The ‘service’ (sexual satisfaction) given to these men is considered akin to service of God. The Devadasi was dedicated to the service of the temple Deity for life and there was no escape for her. If she wanted to escape, the society never accepted her.

Saundatti is a small temple village in north Karnataka. It is in this village that the Devadasi tradition is still practiced. Despite the government ban, hundreds of girls are secretly dedicated to Goddess Yellamma every year. Shockingly, after the annual festival of this temple, many brothel brokers from Mumbai and other major cities allegedly come here, buy girls (offered to Yellamma), take them and compel them to become sex workers.

The Devadasis are known by different names in different areas. The system has the following challenges:

•    Societal acceptance: Devadasi's devotion and consequent sexual abuse of these women are welcomed and praised by society. In addition, those keen on reporting this issue abstain from doing so out of fear of backlash.

•    Inefficient awareness programs: Awareness about the Devadasi system in most rural areas of the country is absent. Even such awareness agendas fail to drive any behavioural difference within the society.

•    Lack of formal action: The authorities usually fail to take action in matters of faith and do not register claims due to intimidation from society.

•    Poor execution of legislation: There are different requirements under diverse regulations (ITPA, POCSO, JJ Act, IPC) that would help Devadasis. Nevertheless, there is a lack of application of all these laws.

•    Health Threats: The Devadasis who are forced to become sex workers become susceptible to sexually transmitted infections like HIV/AIDS.

Inherent in the Devadasi system was the feudal-lord-temple-priest-nexus, where the priest, already having a psychological hold over the minds of simple people to the point of dictating their way of life, used his power to give ‘religious sanction’ to the practice by declaring it ‘sacred’. It is sad and unfortunate that the same mindset seems to be prevalent among the Swamis and Gurus. The following examples prove that the religious leaders sexually abuse women.

In Karnataka Nithyananda was known for sex scandals in his ashram. Reports claim that when the police searched his premises, they found condoms, drugs as well as other contrabands at his ashram. The law failed to punish him. With the blessings of the powers-that-be, he is now settled in his Kailasha Kingdom.

The recent one to join him is Shivamurthy Murugha Sharanaru in connection with the alleged sexual exploitation of minor girls. He is the in-charge of Muruga Mutt (Ashram) located in Chitradurga district of Karnataka. Some girl inmates of his Ashram have accused him for abusing them sexually. They all have left the Ashram. He is now facing charges under the Protection of Children against Sexual Offences (POCSO) Act and the Scheduled Castes and Scheduled Tribes (Prevention of Atrocities) Act. He has been sent to judicial custody. He is alleged to have been aided by a woman warden, junior pontiff and other staff in the commission of the crimes.

Here is another case in Karnataka. A Lingayat seer was found dead at his mutt in Belagavi district of Karnataka on September 6, 2022. Basava Siddalinga Swami --seer of Sri Guru Madiwaleshwar Mutt -- was found hanging at his residence. He is a disciple of Shivamurthy Sharanaru. If reports are to be believed, the seer was upset over a video in which two women were seen discussing the alleged cases of sexual assaults of Sharanaru. In this discussion the women seem to mention the name of Siddalinga. Police have recovered a purported suicide note and an investigation is underway to ascertain the reason behind his death.

An increasing number of so-called "spiritual gurus” or "godmen" are implicated in ghastly crimes ranging from sexual abuse to murder. Strangely, millions of Indians seem to be in thrall of these smooth-talking "godmen" who have built vast empires preying on their gullibility.

Bhavdeep Kang, author of "Gurus: Stories of India's Leading Babas", believes that godmen are rarely held accountable, least of all by their devotees. Kang says, "The centrality of the godman in the lives of their flock - as spiritual preceptor, family confidante and business advisor - creates a dependency syndrome, making the devotee as invested in the purity of the guru as the guru himself." She reckons the self-styled gurus assume the role of counsellor, offering an answer to the dissonance and stresses of modern life, triggered by high-speed socio-economic transformation, dislocation of communities and the atomization of society.

Prabir Ghosh, general secretary of the Science and Rationalists' Association of India, believes devotees are beholden to these holy men by becoming part of the faithful. "Indians are great believers in miracles and feel that somebody can get us out of our miseries. This is the prime reason people fall for these godmen."

Starting out as small-time preachers from villages and towns in the country's rural hinterland, these so-called holy men cultivate a relationship with poor locals and over time, they acquire cult status commanding a huge following (and sometimes even political connections) to camouflage their nefarious activities. Pradeep Singh, a sociologist, says, "People everywhere in India are prone to mystics. Many fall prey to the saffron robes these godmen wear believing they are true saviours, and afterwards blind faith takes over."

Despite the increasing sex scandals and the fall from grace, there is no dearth of self-styled godmen operating in the country. Faith in the unreasonable and irrational remains firm. A lot of “awareness-building programs” need to be conducted to save the innocent, ignorant and common people from falling into the traps of the fake godmen.