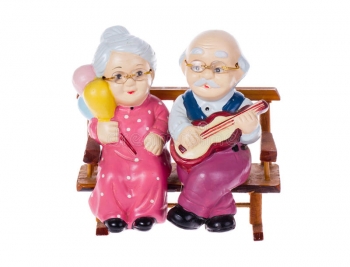 I have a dear friend, like me a septuagenarian, who is an incurable optimist. I joke that if he ever fell from the 50th floor of a skyscraper, he would, while hurtling past the 24th floor, cheerfully proclaim, “So far, so good!” When I recently griped that my memory had started playing tricks, he tried to convince me that cognitive decline was a God-ordained defence mechanism to erase bad memories and thereby attain greater happiness in the autumn of life. His poppycock psychoanalytic hypothesis got my goat but to be fair, he was only trying to help me cope with the inevitable depredations associated with old age.

Wikipedia, with absolute indelicacy, defines old age as “ages nearing or surpassing the life expectancy of human beings and is thus the end of the human cycle.” Mercifully, culling, which is the selective slaughter of redundant and dispensable specimens, is not applied to humans because otherwise, we geriatrics would be foremost in the line to the chopping block of the expendable. And yet, ironically, it is the degenerate oldies – Putin, Trump, Xi Jinping, our homegrown fascist – who have been calling the shots and ruining the world. Take it from a wizened old foggy, there is really very little to commend old age!

Gerontologists have classified those above 85 years as “oldest old”. By such a reckoning, my age group in their seventies should rightfully be pronounced “older old”, and fledgeling geriatrics in their 60s as “early old” though in keeping with our proclivity to sugar-coat the unforgiving ageing process, we resort to euphemistic, delusionary appellations such as “senior citizen” or “late middle age” to define our decrepit state. But try as hard as we might, when one hits the seventies, it is impossible to ignore the ravages that time has wreaked, both physical and mental. For confirmation of this sad reality, look no further than septuagenarian, Joe Biden, the President of the most powerful nation on earth!

Biden’s physical and cerebral condition is an abiding national concern in America. Having suffered two brain aneurysms and nursing a heart condition that causes dizziness and confusion, his competence and ability to withstand the rigours of his job are a legitimate worry. Recently, he slipped twice while walking up the ramp to Air Force One. When asked whether she would vote for Biden if he stood for the Presidency in 2024, a staunch Democratic supporter plaintively replied: ‘Yes, if he is still alive.”

But his cognitive decline exhibited unrelentingly through gaffe after gaffe is what most frightens his supporters. His foot-in-mouth stumbles have got even his well-wishers expressing misgivings about his fitness for the onerous job entrusted to him. His former boss and close friend, Barak Obama, is reported to have let slip this verbal bazooka in despair: “Don’t underestimate Joe’s ability to fu-k things up.”

He committed the most outrageous faux pas at a recent conference where he sought out Indiana Representative Jackie Walorski barely weeks after her high-profile death in a horrific car accident. “Where’s Jackie?” asked the President from the podium as he peered about the room, adding, “I think she was going to be here.” Anthony Blinken, the Secretary of State and others in the US administration are perennially cleaning up after the verbal bloomers that their boss leaves in his wake.

You cannot stop ageing or its vexatious repercussions! While a cruel, unforgiving world mocks Biden for his physical degeneration, erratic memory and rhetorical miscues, those among us in the penal institution called dotage know better than to joke about it.

For me, the reminders of frailty and decay are unmistakable and getting more insistent. Eliot said it with empathetic clarity: “I grow old…I grow …old…I shall wear the bottoms of my trousers rolled.” Yes, the clothes now hang limply over a shrunken frame but that’s only one small part of the ravages that time has wrought. Nobody could have better described one’s physical appearance today than Philip Larkin, one of my favourite poets: “Ash hair, toad hands, prune face dried in lines.” One can’t help notice the deepening lines on the face, the tumescent double chin, the rapidly receding hairline and simultaneous lush growth in and around the ears, the sagging waistline.  Ironically, it is precisely when you notice all these clear signs of physical degeneration that you get compliments about how great you are looking.  Like Mark Twain perceptively observed: “When your friends begin to flatter you on how young you look, it’s a sure sign that you are getting old.”

There are other markers to remind me that I am over the hill. I don’t drive  anymore because I am unable to look over my shoulder while reversing the car; if my shoelaces get untied while walking, I have to watch my every step until I gingerly reach a bench or home; the first thing I look for when I enter a building is a ramp or elevator; I dare not plonk myself on a low chair or sofa because getting up thereafter is a Himalayan task; the time is ripe for a cataract operation and, in the foreseeable future, a hearing aid; sleep, apart from being punctuated by at least two toilet breaks, is fitful and all too short, reminding one of that percipient observation in Moby Dick: “Old age is always wakeful, as if, the longer linked with life, the less man has to do with anything that looks like death.” What further intimation do you need of being on the home straight?

It was all so different when I was declared “superannuated” (obsolete due to age according to the OED) by the Government of India over a decade ago at the “early old” age of 62 years. I welcomed retirement and who wouldn’t be happy to have year after year of Sundays, doing what you love best – watching movies, soccer and cricket, getting on your wife’s nerves, reading other than soul-killing official documents, et al?  Of course, not everyone shared my enthusiasm about life after retirement. My younger friends were worried that bereft of a regular job, I would not know what to do with myself. My very supportive wife was also quite concerned about how I would cope after spending more than half my waking hours for 39 years pushing moth-eaten files, but I think her main worry was that she now had twice as much husband and half as much money.

There is a commonly held but debatable proposition that age brings wisdom, but you have only to listen to senior politicians and retired bureaucrats to disabuse yourself of such a sweeping abstraction. In any case, let me forewarn you from my own experience that just when you think you have the answers to all the knotty problems of the day, there is nobody approaching you with questions or seeking your advice.  Your knowledge lives in splendid desolation. The object lesson learnt: the old should shut up!

As you near the finishing line, you begin to do things that you never did before.  You start taking a sneak look at the obituary notices in the newspapers in the faint expectation of seeing the picture of somebody you know.  You periodically get news of contemporaries who have kicked the bucket and you realize that intimations of mortality have become the background score of your life.

My sociologist mentor and sternest critic believes that even in the bleakest of situations, there is always a glimmer of hope. She reminds me of the precept that however bad things are, they won’t always remain so, implying that there will inevitably be a change for the better. Sadly, such optimism would be deeply misplaced in the context of ageing where the alternative is rather dire. Perhaps, more than hope and optimism, it is fortitude and dignified acceptance that are required to cope with ageing.

In the context of dealing with dotage, I cannot think of a more appropriate resolution for an old person to make to herself than ‘The prayer of an anonymous abbess”. Here is the summary: “Keep me from being talkative and from the unfortunate habit of thinking that I must say something on every subject; release me from the idea that I must straighten out other people’s affairs; keep me from reciting endless details, and wings to get to the point; grant me the patience to listen to others’ complaints and curb my volubility on my own aches and pains; teach me the glorious lesson that occasionally I may be wrong; teach me the grace to appreciate the work of others; most importantly, make me gentle and kind for a harsh old person is one of the devil’s masterpieces!”