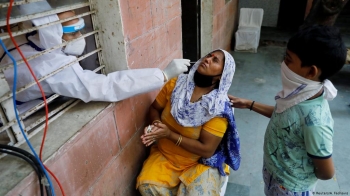 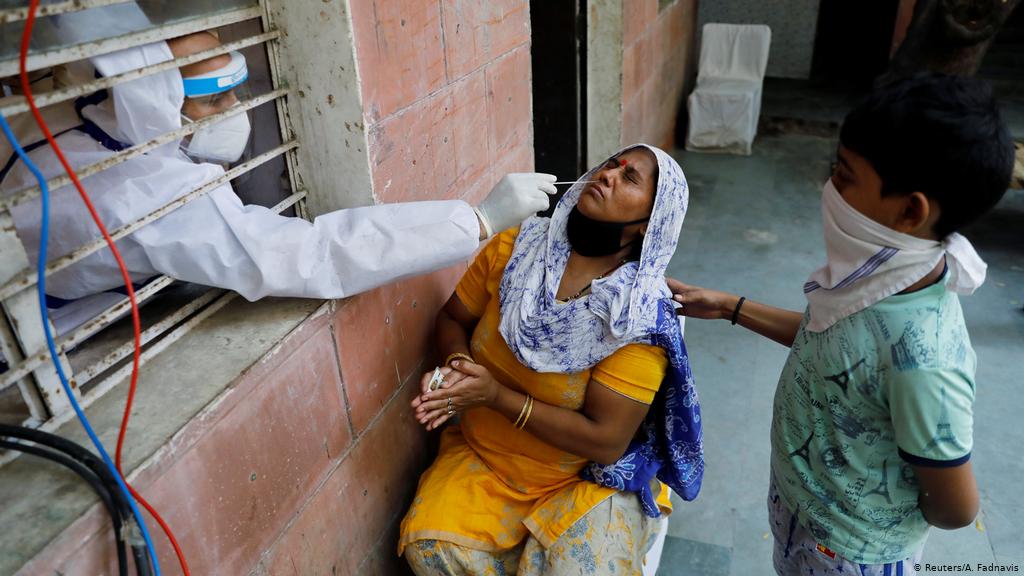 In these days of darkness and gloom hovering over India, it is quite consoling to see signs of sanity emerging like sunrays bursting forth from behind dark clouds. As India is going through the calamity of the Covid pandemic, disaster management on different fronts is an imperative.

Concern for human lives in the face of the ravaging Covid pandemic is both nationally and internationally building up. In this situation, the urgency for averting the danger for the nation turning into a vast crematorium is being strongly felt by all sensible people. The need of the hour is a well coordinated disaster management which needs to be done on a war footing.

The army of doctors, nurses, engineers, scientists, technicians and other medical personnel is ever active with dedication and commitment even risking their own lives. In their empathy, unable to control their feelings for the suffering humanity, many have literally broken down emotionally. Such solidarity and divinely human service is indeed more than a flicker of hope for India.

The way Gurudwaras, charitable organisations and service-minded individuals have opened their doors and premises as temporary shelters, treatment centres or food counters is an indication that, in this land, human fellowship is still alive. It indicates that God is brought down in the form of bed and bread, medicine and manpower.

The lynching mobs and minority-baiting anti-socials may be keeping a safe social distance for fear of the tiny virus or may have gone underground for the time being. But, it is consoling to see individuals of all walks of life, cutting across caste and communities, rolling out their red carpet of fellowship and human solidarity through small and big ways with ambulance or oxygen or even helping at cremation. Such acts of fellow feeling will not go unrewarded. They are lessons to us all Indians that religious walls, caste deformities, fundamentalist depravities and such cancerous contours are to be buried deep.

Some fresh air, emanating from the portals of justice these days, imparts a soothing touch of human solace. Courts are asking the government at the centre and in some states tough questions about their ways of handling the Covid crisis. The flicker is promising to be a flame!

The Supreme Court of India has made it clear that the judiciary will not remain a silent spectator in the current crisis. Reports have it that, so far, 11 high courts have pulled up various state governments and the Centre.

The Allahabad High Court’s reprimand and strict warning to the Yogi government in Uttar Pradesh minced no words: “Those in power must shun the attitude of ‘my way or no way.’ They should welcome suggestions from all quarters. We would be laughed at that we have enough money to spend on elections and very little to spend on public health.”

On April 16, the Gujarat High Court also took the state government for downplaying the severity of the crisis. "Hiding the real picture, suppressing accurate data would generate more serious problems including fear, loss of trust and panic among the public,' the court warned.

In Maharashtra, the Nagpur bench of the Bombay High Court pulled up both the state and the centre for failing to comply with its order to supply 10,000 units of Remdesivir in the Vidarbha region. "If you don't feel ashamed of yourself, we are feeling ashamed of being part of such a nasty society. You are neglecting and ignoring patients. We give you a solution, you do not follow it. You do not give us a solution. What absolute nonsense is going on here,' the court of Justices SB Shukre and SM Moda said.

Even as the Covid rampage is on, the general public is responding to the wakeup call by asking the nation’s top leadership some tough questions. People, by and large, are feeling that a real disaster management needs to be administered to Modi government. And, above all, a change in Modi’s leadership role!

That is to say, the time to say, ’perform or perish’ is over and the unmasked clamour is reverberating as: ‘Enough is enough, Modiji. Please step aside for the sake of the nation before it sinks with its impotent leadership into the morass of a fascist, fundamentalist, and authoritarian state.

The way even cartoonists are wielding their acerbic pen and paint with a punch line is an indication that ‘there is something rotten in the state...’ A cartoon message read: “‘Mann ki baat’ must be conveyed to one’s wife if one has a wife, and ‘desh ki baat’ to the nation.’

No wonder the courts have said that social media items, venting grievances or airing views, are like ventilators for people suffocated by intolerable situations.

National and international commentators, investigative news feeders, intellectuals, thinkers and a host of thinking public are coming  out with their critical analysis and observations that  merit attention. Many speak of the ‘rudderless performance’ of Prime Minister Modi at the helm. If the nation has to move on, a person with a vibrant and intellectual leadership, a scientific orientation and a good dose of humility has to step in. The general opinion, even in market places, is that we need a national leadership that does not squander the nation’s wealth in erections of statues or in donning glamorous outfits or making umpteen promises that never materialise.

Such observations, in the interest of the nation, are indeed the essence of the tool kit of sanity.