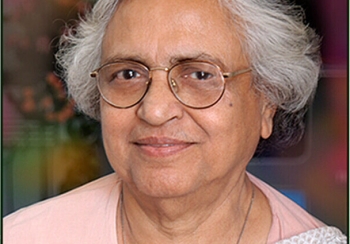 Sr. Loretta Pinto CSST : Making of a prophetic nun with a lasting vision 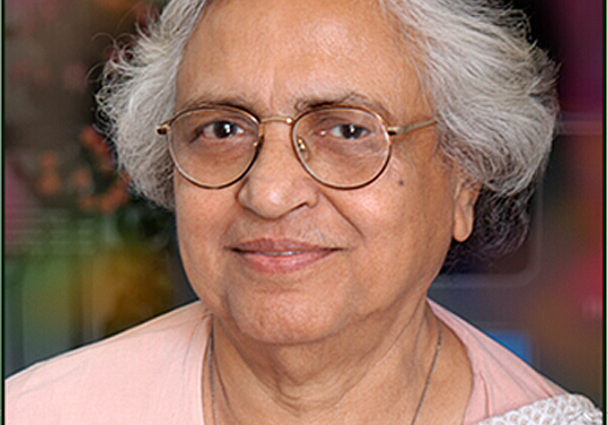 In Hindi there is a common saying,“Manushya janam  se  nahi, karam  se mahan hotha hai”  (A person becomes great not by birth , but by actions).

Sr. Loretta Pinto CSST was born in a noble family with a silver spoon in her mouth. She was fortunate to have the best education. She had accomplished many achievements. She was the first nun who passed MSW in India and worked with Catholic Relief Services (CRS). After obtaining Doctorate she taught in the prestigious St. Theresa’s College, Ernakulam for 35 years. She was the youngest councillor in the General team of CSST congregation for two terms. She was the first provincial of Northern Province of the congregation. She taught in JDV and NVSC Pune.  She was also vice president of CRI.  The greatness of Sr. Loretta was not in her birth in a noble family, her academic qualifications and positions she held but in her willingness to learn from the book of life and make radical changes  rooted in Christ  . How did this evolution happen?

As all other young novices she was also introduced into Bhakti marga of  religiosity of rituals and devotions . As she grew up and took up various responsibilities she entered into  karma Marga of hectic  activities  in which she excelled because of her competence. Her responsibilities in the college, congregation administration, expanding the congregation to different states  and lectures in different national seminars  kept her fully occupied like a karma margi.  All who follow Karma marga get frustrated  and irritated at times  despite their practice of Bhakti marga through routine prayers and religious exercises.

Unlike many nuns and priests who are complacent with Bhakti marga and Karma marga Sr. Loretta had developed a habit of  reading  and updating herself, Gnana marga . She was in touch with the socio-political issues.  From her reading and self-study of various subjects, Gnana marga, she could draw many practical and radical  insights. She contemplated on these insights which she gathered from her reading and interaction with people from all walks of life. She was able to take these insights into her contemplation, Dhyana marga. Her ability to apply these insights into her personal life and mission through contemplation, Dhyana, helped her to make changes in her attitudes and priorities. She could transcend herself from routine religiosity (Bhakti marga) and activism (Karma marga) to Gyana marga and dhyana marga.  She was able to make prophetic and proactive response to issues as a Karma Yogi. Knowledge and contemplation enabled her to speak out instead of fitting into the routine system.

Because of the failure of reading, study and contemplation religious and priests get stuck without growth. They continue with the outdated and unproductive routine practices. They become ineffective in their life and mission. It is through the contemplation on the socio-political issues in the society   and relating them to the life and teachings of Christ, Sr. Loretta was able to take radical decisions rooted in Christ.  Her decision to abandon the traditional religious habit and change into sari as part of inculturation was fruit of contemplation (Dhyana). She was one of the first CSST nuns to do this radical change many decades ago.

Because of her contemplation on the life and teachings of Christ she abandoned her rigid legalism and regretted the authoritarian ways which she followed in the past when she was in positions of authority.  With reading  and study of theology and scripture in relation to the  realities of socio-political  context  (Gyana marga) and contemplation (Dhyana maraga)  she was prompt to understand  and accept the  way of renewal and restructuring when she joined USM mission, “put  new wine in new wineskin”.

It is contemplation and study which prompted Sr. Loretta to opt to work with USM (Universal Solidarity Movement).  She was fascinated by the policy of USM community mission run in a rented premise from its inception in 1993 including people of all faiths and walks of life.  It is contemplation on the way of Christ which gave courage to Sister Loretta to abandon the religiosity of rituals (Bhakti marg) and adopt spirituality of values. She was convinced of the urgency of evangelisation by following the way of Christ than merely worshipping Him in the imperial structures. She was also very happy to see how USM mission worked in a rented premise without owning land and building.

My association with Sr. Loretta started in 1994 in Bhopal when she participated in a seminar organized by USM. Gradually the relationship got matured. She became part of USM (Universal Solidarity Movement) from its inception and became a full time community member from 1999 to 2010. She was elected president of this inter-religious national organisation for three terms.

I was blessed to have very deep interaction and collaboration with Sr. Loretta for more than a decade.  We have crisscrossed the whole of India to conduct renewal programmes for several congregations and dioceses. During this period I was blessed to witness the growth of Sr. Loretta’s spirituality and vision till she came to Villa St. Joseph, Mysore, to spend the last days of retirement.

Sr. Loretta was an excellent example of learning from the book of life. Though firm in her convictions and fearless in communication, she was humble to learn from anyone who could present views contrary to her stand.

Looking back to the life and works of Sr. Loretta from 1994 to 2010, I believe firmly that God deliberately brought her to the USM community to promote the paradigm shift in evangelisation based on the teaching of Christ, “put new wine in new wineskin”. Her presence gave credibility to our humble mission.  She criticised the hypocrisy and short cut of doing futile ‘patchworks’ by religious, priests and hierarchy. At times her passion for Christ’s mission was misunderstood as arrogance by those who did not understand her sincerity and concern for the renewal of the religious life. Convinced of practicing ‘feminine ethos’ she was able to understand the limitations of those who were burdened with institutionalism.

With her knowledge of theology, scripture, socio-political issues, exposure to all parts of India and abroad, her  eloquence,  daring spirit and conviction  she could challenge  the mighty priestly class and the hierarchy like the fiery prophets like Amos, John the Baptist  and Jesus of Nazareth Himself.

While she was a daring and empowered woman, she was also motherly with feminine ethos. She had compassion to all who were in distress and did not count the cost to reach out to them.

While dealing with issues we had heated arguments and disagreements on several occasions. Yet she was the first to reach out and reconnect.  She was truly motherly.

Sr. Loretta passed away from this world on 14th March 2021 to join with God.  She was a saintly prophet who accomplished her mission with passion. By regular practice of study and contemplation   (Gyana and Dhyana) Sister Loretta had become a Karma Yogi (blending contemplation with action). As a Karma yogi she was proactive, altruistic and willing to give maximum service to others. Congregations and the Church leadership who are looking forward to solutions to many of their problems can learn lessons from Sr. Loretta.
The best homage we can offer to  Sr. Loretta would be to carry forward her legacy to renew our lives and restructure our institutions and systems. I wished if she were here with her daring prophetic leadership and wisdom to guide  the leaders of the Church and  religious  communities who  are going through a very difficult time both from internal conflicts and external threats.