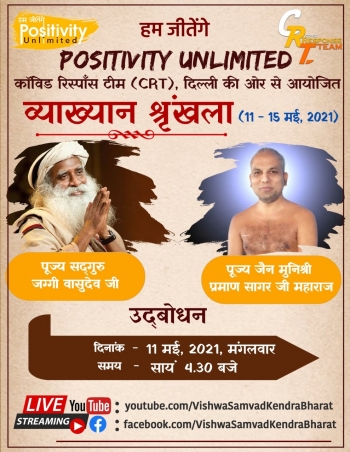 Strategy of the Sangh Parivar : Perception Management over Covid Management 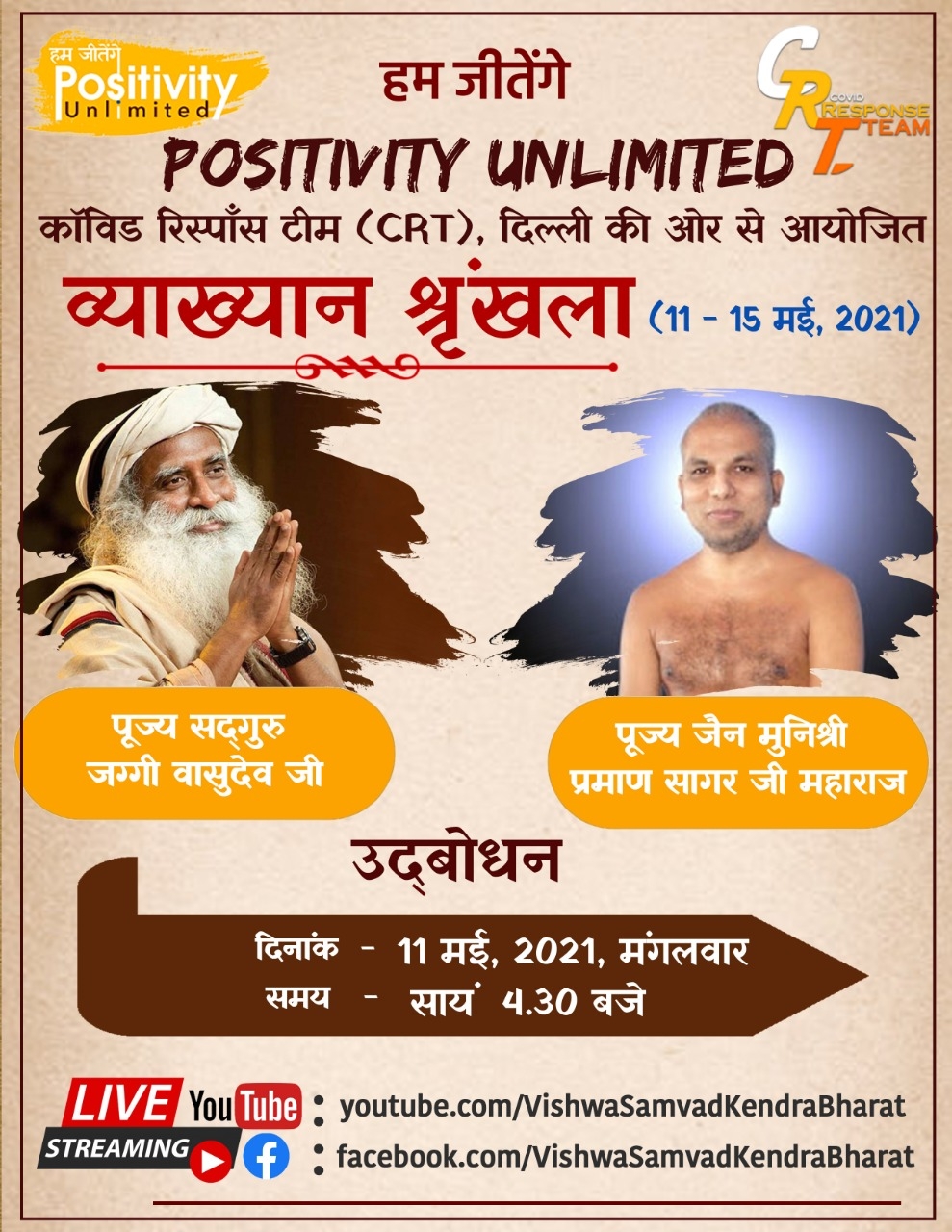 It seems that the Modi government is rattled by national and international criticism of its abject failure in handling Covid second wave. The BJP government is frantically searching for ways and means to disseminate a positive image of PM Modi and the BJP government. It appears that the government’s main concern is perception management rather than Coronavirus management, while Covid situation in India continues to be grim with an increasing number of deaths and shortage of medical oxygen, hospital beds and essential medicines. It is not ready to accept any criticism of its disastrous handling of the second wave. The BJP President J P Nadda wrote a four- page letter to Sonia Gandhi on May 12 in which he accused the Congress of “creating false panic in the fight against Covid” because Sonia Gandhi had hit out at the Modi government for its mishandling of Covid 19 second wave.

The Modi government’s efforts to muzzle the media and the ordinary citizens from expressing their concern over shortage of medical oxygen, hospital beds, and essential drugs did not meet with success. Yogi Adityanath, had announced that citizens reporting shortages would be detained under the National Security Act for “spreading rumours” and “spoiling the atmosphere” and that their property would be seized. It may be the first instance in the world that an anti-terrorist legislation was invoked to threaten citizens voicing their needs during a pandemic.

A firm stand taken by the Supreme Court of India thwarted the draconian plan of Yogi Adityanath and the ilk. “We want to make it clear if citizens want to communicate their grievance, there is no reason to make a presumption that those are not genuine”, said Justice Chandrachud. “Let a very strong message go that we will treat this as the contempt of our court if such grievance is considered for action. Let a strong message go to the states and the DGPs of the states. If any citizen is harassed for making grievances for (hospital) bed, oxygen then we will take action”, he reiterated.

The international media continue to highlight people dying due to the shortage of medical oxygen, crematoriums overflowing with dead bodies and dead bodies floating on river Ganges. Efforts of Indian Foreign Ministry to protest against adverse news published in foreign media, and asking Indian ambassadors in various countries to explain the positive steps taken by the Indian government to handle effectively the second wave of Covid 19 did not have the desired effect. Therefore the government, the BJP and the RSS have jointly planned a three-pronged strategy for perception management, as per the media reports.

According to a report published in NDTV News, a workshop for government officials, including some joint secretary rank officials was organized last week. The officers were instructed to communicate better and highlight the positive work being done by the government in order to negate any criticism of the government in handling Covid crisis.

Union ministers also have been tweeting the efforts taken by the government like the movement of Oxygen Express and stories and articles on the government's outreach at the time of the pandemic. At the party level also efforts are being made to counter any criticism of the Central government's handling of the crisis. Shooting off a four-page letter to Sonia Gandhi by JP Nadda is to be seen from this angle.

The RSS is organizing an online event called, “Positivity unlimited”. This event includes lectures and speeches by top motivators, religious gurus and even eminent industrialists. The talks will be centred on the theme of spreading positivity. RSS chief Mohan Bhagwat is also expected to address the nation.

Congress leader Rahul Gandhi and election strategist Prashant Kishore have come heavily on the government’s mega push for “positivity”.  "The false assurance of 'positive thinking' is a joke on those families and health workers who have lost their loved ones and are suffering a crisis of oxygen, hospitals and medicines. Burying one's head in the sand is not positive - it is a betrayal of our citizens," Rahul Gandhi tweeted.

Any amount of perception management is not going to hoodwink people because they have already seen the tragic scenes highlighted through the media.  Who can forget the scenes of ambulances queuing up with patients in front of the hospitals, relatives screaming when their dear ones die due to the shortage of oxygen, crematoriums overflowing with dead bodies of Covid patients, and more than hundred dead bodies floating in the holy river Ganges?

The most significant reason for the failure of the Modi government in tackling the pandemic appears to be lack of compassion and humaneness because of its blindness caused by religious nationalism. Lack of compassion and sensitivity was explicit in the policies and actions of the Modi government from its beginning. It did not condemn lynching of innocent Muslims by cow vigilantes, and it miserably failed to punish the perpetrators of the most heinous crime. Instead of filing cases against the instigators of East Delhi Communal riots it jailed young people who supported the anti-CAA protest, using draconian laws of NSA and UAPA. One among them is Natasha Narwal, an activist of Pinjra Tod movement. She could not even speak to her father for more than a year, and he died recently without seeing or speaking to her daughter. Members of Tablighi Jamaat were branded as super spreaders of Coronavirus and many innocent Muslims were targeted and attacked by the right wing groups. It also failed to express compassion towards the migrant workers during their exodus at the time of the first wave of Covid 19.

Lack of compassion is also reflected in the actions and the statements of the Modi government during the deadly second wave of Coronavirus. The middle class who believed in Modi Hai, toh Mumkin Hai, are also experiencing the insensitivity of the government during the second wave. As P Chidambaram has written in an article, “Today, due to the government’s incompetence, they find themselves on the corridors of hospitals begging for oxygen cylinders and hospital beds”. Even then the government is not ready to accept its failures and amend its ways. The reason is nothing but lack of compassion.

In general the Modi government remained a silent spectator when innocent people suffered and were murdered. The inability of PM Modi to express consolation and empathy with thousands people dying every day and lead from the front in the war against the Coronavirus is due to the absence of compassion. This lack of sensitivity and compassion at the top might have filtered down to the lower rungs of the administration and society. That could be the reason for dead bodies being thrown callously into rivers.

On 12th May, Scroll.in published an open letter written by a corona warrior and doctor named Akshay Baheti under the title, “A corona warrior’s letter to Prime Minister Modi: We need you to speak up and tell us your plan”. In that letter the author has written clearly that superstition, religious beliefs, nationalism – none of these works against the virus. So please stick only to science. “Give us a plan of action with honest targets and exhort all of us to do what we can to help out in implementing this on a war footing. Give us the date by when the oxygen and medicines shortage will be actually fixed. Announce a grand vaccination scheme similar to America’s Operation Warp Speed”, wrote Akshay Baheti.

Instead of wasting its time and resources on perception management, the BJP government should convene immediately a virtual session of the parliament and discuss with the opposition parties. It should present before the parliamentarians a true status report with facts and figures. It also has to present an emergency plan to deal with the situation and invite suggestions of the parliamentarians especially that of opposition parties. The emergency plan may include 1) a transparent system for sharing medical oxygen, medical equipments and essential medicines among the states, 2) a national vaccination programme that can cover the whole Indian population at least within year, and 3) a package of economic and financial relief to the people on the model of $1.9 trillion package by Joe Biden, the president of the United States.

On 12th May, the main opposition parties sent a joint letter to the Prime Minister with eight suggestions, demanding the Centre to take immediate actions to check the spread of Covid in the country. The emergency plan may include many of these suggestions.

The parliament should arrive at a consensus on the emergency plan that is to be implemented. The opposition parties should cooperate with the ruling party in arriving at a common plan taking into account the diverse situations prevailing in different states. The government may appoint a committee consisting of experts and representatives of different political parties to advise the Central government on the implementation of the plan. A national emergency like Covid 19 requires concerted action by all Indians, transcending political and ideological divides. The RSS, the ideological parent and mentor of the BJP, should advise the government to focus on managing Covid effectively instead of wasting resources on perception management and image building. Perception management at this juncture will only erode the credibility not only of the government but also of the RSS.