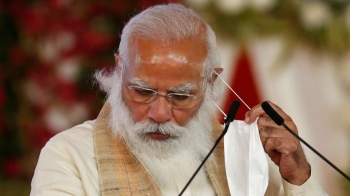 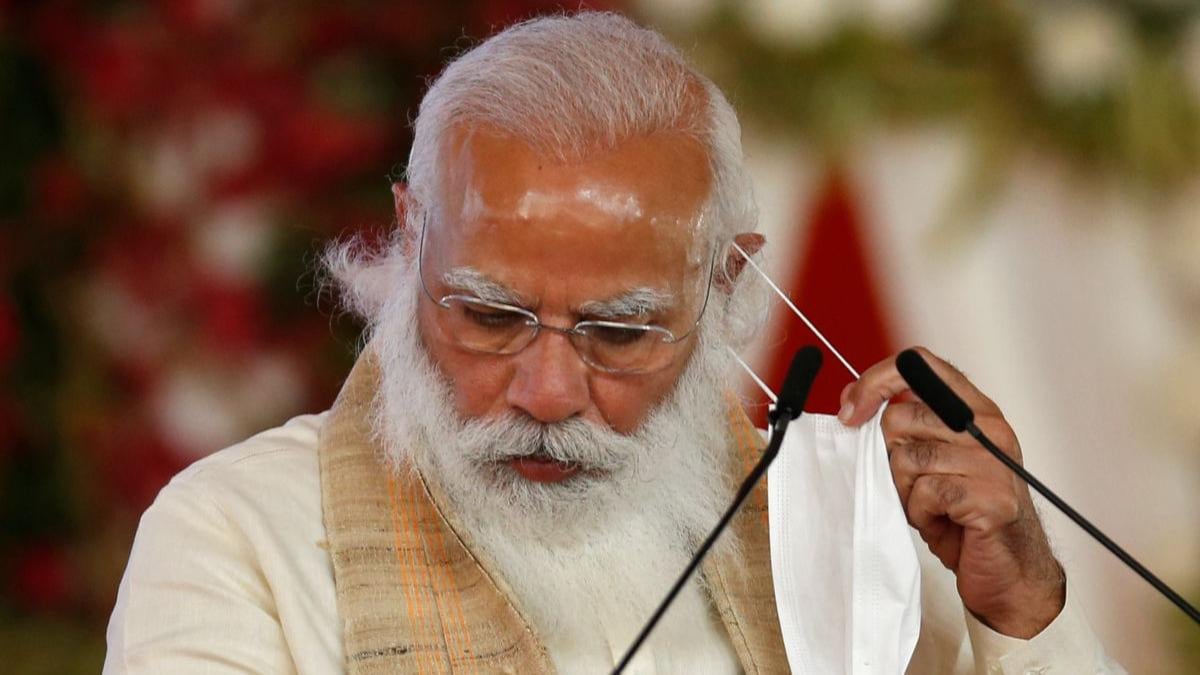 First of all, PM Modi’s popularity is at the lowest now ever since he assumed power in 2014, mainly because of the Covid mismanagement. The national and international media have highlighted what happened in India in April and May when the coronavirus infection and death peaked. The terrifying scenes of ambulances and vehicles with patients queuing up before hospitals for hospital beds, patients dying due to the shortage of medical oxygen, cremation grounds overflowing with dead bodies and dead bodies floating in river Ganga were flashed on the TV screens and front page of newspapers in India and all over the world. The acute shortage of Covid vaccine, the best weapon to prevent a possible third wave of the deadly virus, exposes the negligence and carelessness on the part of the Modi government. Millions of Indians who do not get vaccines are deeply disappointed and any effort to pass the buck to the state governments may not cut ice with people.

Secondly, the defeat of BJP in West Bengal elections, despite the BJP marshalling mammoth resources in terms of money and manpower, and investigation agencies being used to target TMC leaders, has demoralized the Modi-Shah juggernaut to some extent. The intensification of confrontation with Mamata Banerjee, the West Bengal CM by the centre is interpreted by many as vendetta on the part of the Modi government. The confrontation between the two reached a climax with the unprecedented transfer of chief secretary Alapan Bandyopadhyay to Delhi and his resignation followed by his appointment as the chief advisor to the CM.

Along with defeat in West Bengal the poor performance of the BJP in UP Panchayat elections, and the shabby management of Covid situation by the Yogi Adityanath government have become causes of worry for the BJP in view of the assembly elections in UP after eight months. It was reported in the media that the RSS general secretary Dattatreya Hosabale had a meeting with Modi, Amit Shah and BJP president J P Nadda on the UP situation. He spent four days in Lucknow from May 24 to 27 to take feedback from the state level functionaries. It was followed by BJP national level leaders meeting the chief minister and the deputy chief ministers for planning for damage control. The flurry of political activities at the top BJP circles indicates the anxiety of the party echelons.

Thirdly, the economy is in very bad shape. On 1st June, the Indian government released its latest estimates of economic growth for the last financial year that ended in March 2021. India’s Gross Domestic Product (GDP) contracted by 7.30% in 2020-21. It is the worst performance of the economy in four decades. FY 2020/21 was "the darkest year of the economy in four decades, one that resulted in record negative growth and left most Indians poorer than they were two years ago", said Congress MP P Chidambaram on Tuesday, June 01. According to Chidambaram, the state of the economy is no doubt largely due to the pandemic, but it has been compounded by the ineptitude and incompetent economic management of the BJP- led NDA.

Fifthly, it appears that the stand of the Supreme Court has changed on various issues after the new Chief Justice taking charge. The SC has started asking uncomfortable questions to the executive on various issues like misuse of sedition law and discriminative Covid 19 vaccine policy. For example, on Wednesday 2nd June, a special bench of the Supreme Court, consisting of Justices D Y Chandrachud, L N Rao and S Ravindra Bhat, asked the central government to furnish detailed data on the purchase history till date, of all Covid vaccines including Covaxin, Covishield and Sputnik V. It also asked the Centre to place on record all relevant documents and file notings reflecting its thinking culminating in the vaccination policy. The opposition parties can make use of this opportunity by adopting a common policy to approach the SC on vital constitutional issues.

Against this backdrop, the opposition parties may adopt a common strategy to challenge the BJP government at the centre on crucial issues and force it to make corrections in its policies and approaches. This can pave the way for an alliance among them based on a common minimum programme to challenge the BJP in the coming state elections and the Lok Sabha elections in 2024. Thus the perception that there is no alternative to Modi can be altered.

1. Universal Free Covid Vaccination: The most urgent issue that the opposition parties can take up jointly is acquisition of Covid vaccines by the central government both from India and abroad and making them available to the states equitably. The chief minister of Kerala, Pinaray Vijayan has already written a letter in this regard to 11 chief ministers of non-BJP ruled states. "If the burden of procuring the vaccine is left entirely or even substantially on the states, their fiscal situation would be in dire straits. Fiscal strength of the states is an essential part of a healthy federal set-up" Vijayan wrote in his letter. The chief minister also tweeted along the letter, "Wrote to 11 CMs in the spirit of Cooperative Federalism. Quite unfortunate that Centre absolves itself of its duty to procure vaccines, ensure free universal vaccination. United effort to jointly pursue our genuine demand is the need of the hour, so that Centre acts immediately". On Wednesday 2nd June, Kerala assembly unanimously passed a resolution demanding the centre should provide Covid 19 vaccines free of cost to the states.

2. Revival of Sagging Economy: The opposition parties also have to come to an agreement in consultation with the economists and financial experts on the measures to be taken to revive the Indian economy. In an interview with NDTV, Kotak Mahindra Chief Executive Uday Kotak a week ago suggested a few measures to revive the dwindling economy. One among them is direct cash transfer to those who are at the bottom of the economic pyramid to the tune of 1% of the GDP. This will boost consumption leading to expansion in demand. Another suggestion is providing financial stimulus to small and medium industries. He also said that for this purpose, the government has to expand its balance sheet supported by the Reserve Bank of India for monetary expansion or printing money.

Former finance minister P Chidambaram is also of the view of printing money at the moment. “I am very happy that someone, as distinguished as Dr. Abhijit Banerjee has supported the idea. There are many other economists, who have recommended that the Government must print money to support its expenditure," he said. “This is the time to act, this the time to act boldly and decisively- borrow and spend. If necessary- print money and spend on health care, spend on infrastructure," he added.

3. Safeguarding Cooperative Federalism: In the light of the transfer of the former chief secretary of West Bengal Alapan Bandyopadhyay, which was totally unwarranted, the opposition parties have to tell the central government not to infringe upon the rights of the states. The opposition parties have to support the West Bengal government on the issue of the transfer of the chief secretary, although Mamata Banerjee’s absence in the meeting with the PM on relief measures related to cyclone Yaas cannot be justified. Similarly, the decision to provide central security to all BJP MLAs in West Bengal is something unprecedented and it is to be questioned by the opposition parties, and if needed the constitutional validity of the decision is also to be questioned in the Supreme Court. The opposition parties also have to continue to challenge the three farm laws hurriedly passed by the parliament without proper consultation with the state governments. Since agriculture is a state subject the centre should have held wide ranging consultations with the state governments before passing the laws.

Taking up the issues related to the life of the people and questioning the central government by the opposition parties together as a group can restore the confidence of the people in them. Simply criticizing each and every act of the central government may cut no ice with people. The criticisms should be focused on the issues affecting people together with constructive and creative proposals to the government. People are suffering enormously because of the mismanagement of the pandemic by the BJP government at the centre. Even many Modi bhaktas (devotees of Modi) are disappointed with the massive failure of the central government in tackling the coronavirus. The opposition parties may not get a better opportunity than the current one to take on the BJP that has got massive resources at its disposal.