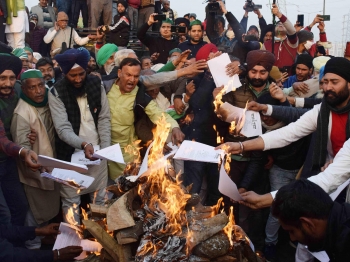 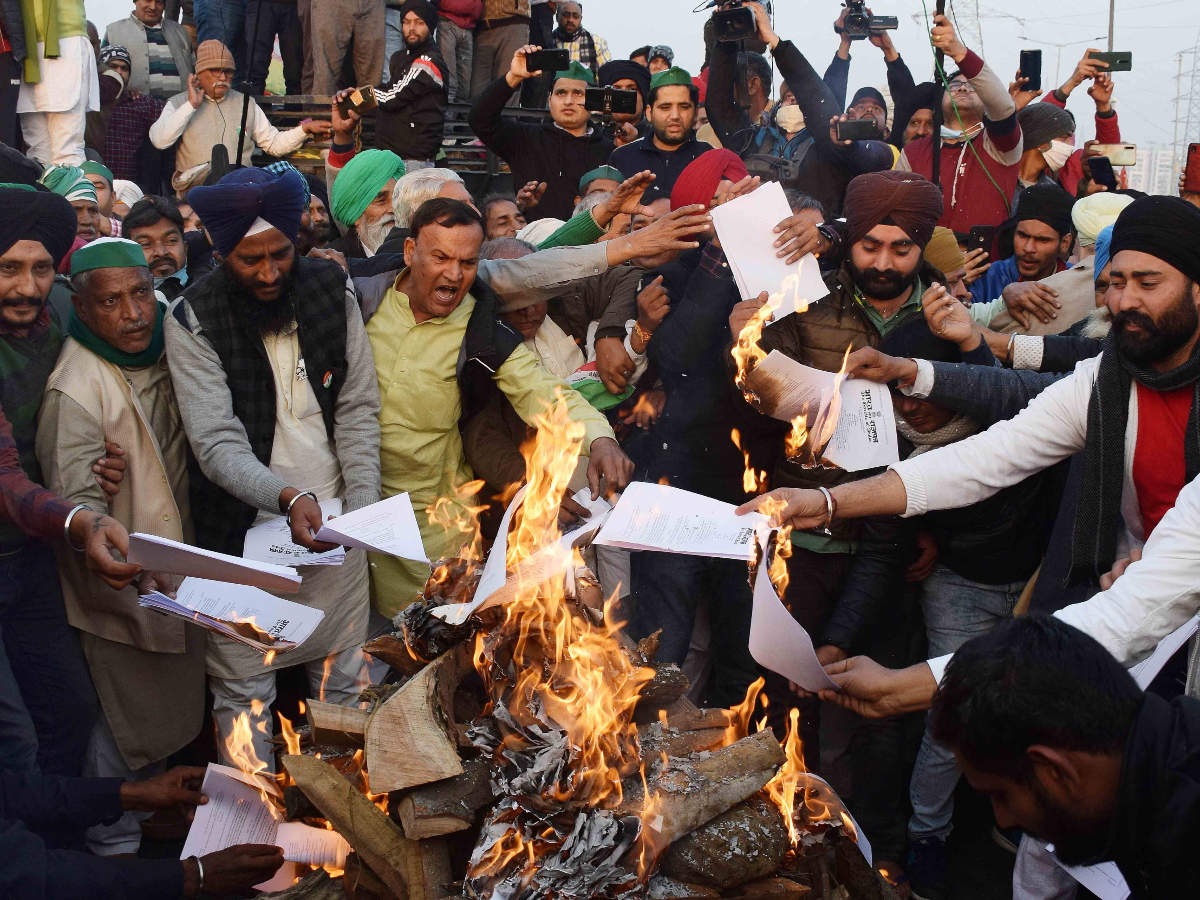 For the second consecutive term, the farmers feel cheated for having not consulted them on the farm laws while forming an expert committee of ‘pro-Government’ experts by the Supreme Court. Earlier, in the process of passing the legislation in Parliament too, they had little voice in its formulation.

With the ongoing farmers’ protest crossing 50th day and nine rounds of talks heading nowhere, the Government has succeeded in setting up a panel with the help of Supreme Court to look into the matter. The farmers had refused a similar Government proposal to set up a committee for mediation in the December 1 meeting.

The SC, on January 12, stayed the implementation of the controversial farm laws till further orders and decided to set up a four-member committee to resolve the impasse. The four members include: Bhupinder Singh Mann, President of Bhartiya Kisan Union; Anil Ghanwat, President of Shetkeri Sangthana, Maharashtra; Pramod Kumar Joshi, Director for South Asia, International Food Policy Research Institute; and Ashok Gulati, agriculture economist. The panel will listen to grievances of the protesting farmers and the point of view of the government on the issue and is to submit its report to the court within two months.

Farmer leaders welcomed the Supreme Court's order to stay the implementation of three farm laws, but said they would not call off their protest until the legislations are repealed and are not willing to participate in any proceedings before the committee appointed by SC. The leaders rejected the committee on the grounds that all its members were 'pro-farm laws' and they have supported the new legislation at one point or another.

Within 24 hours of the announcement, one of the panelists Bhupinder Singh Mann, 81, has resigned. In a press statement, he said, “As a farmer myself and a union leader, in view of the prevailing sentiments and apprehensions among the farm unions and the public in general, I am ready to sacrifice any position offered or given to me so as to not compromise the interests of Punjab and farmers of the country, I am recusing myself from the committee and I will always stand with my farmers and Punjab.”

Dushyant Dave, President of the Supreme Court Bar Association and one of the three lawyers assisting the farmer groups, in an interview with Karan Thapar said: Supreme Court has “put itself in a corner” by its handling of the farm laws. By seeking to arbitrate between the farmers and the government, the SC has “stepped into the political arena”. He said it’s surprising that judges should have made up their mind to do so without hearing anyone.

Thousands of farmers, mostly from Haryana and Punjab, have been protesting at several border points of Delhi since November 28 last year, demanding a repeal of the three laws and a legal guarantee on the minimum support price for their crops. The Sankyukt Kisan Morcha, an umbrella body of around 40 protesting farmer unions, is on the lookout for legal options and garnering support from other states and groups, and is in no-mood to give-up. As the days go by, the elders, women and children at the protest sites are gaining public sympathy.

One of the Panel members, Ghanwat said that the "protesting farmers will get justice." "This movement should stop somewhere and a law should be made in the interest of farmers. First, we need to listen to farmers, if they have any misconception about Minimum Support Price (MSP) and Agricultural Produce Market Committee (APMC), we will clear it, and they need to be assured that whatever is happening is in their interest. Several farmer leaders and unions want freedom from the monopoly of APMC, and farmers should be given the freedom to sell their crop. This has been a demand for the last 40 years. Farmers who want MSP should get it and those who want freedom from it should also have an option," he added.

According to Yogendra Yadav, President of Swaraj India, in rejecting the SC-appointed expert committee, the farmers’ organisations have not only wisely sidestepped a possible trap, but they have also reaffirmed a basic principle of democratic accountability and responsible governance. He clarified that the expert committee appointed by the Supreme Committee is not meant to advise the court on technical matters of agricultural marketing or on the implications of the disputed agricultural laws.

The surprising fact is that the protesting farmers did not approach the court, nor did the government. A third party wanted the court to evict the farmers from their protest site. The other set of petitioners questioned the constitutionality of the three laws and wanted it to be scrapped. None of the petitioners prayed for mediation from the court. The court dismissed, rightly so, the pleas asking for eviction of the protesting farmers. It recognized the democratic rights of the farmers to engage in peaceful protest. As for the pleas, regarding the constitutional validity of the three laws, the court put this on the back burner saying that it will consider these at an appropriate time.

In the process, the Centre has complicated the situation and seems to have shied away from its responsibility. Now, it hopes that the SC-appointed committee will give it time and the protesting farmers would tire out. The farmers' protest isn't an ideological issue for the BJP and came with a greater political cost. The BJP has already lost two allies – Shiromani Akali Dal in Punjab and Rashtriya Loktantrik Party in Rajasthan, and more are to follow. Jannayak Janata Party (JJP), an ally of BJP Government in Haryana, is facing a massive opposition from the local public. In Punjab, the situation is even worse as BJP functionaries have been resigning in dozens and those remaining are finding it difficult to perform basic political activities in the state, which goes to polls in a year's time. With farmers from Rajasthan, Uttarakhand, Western Uttar Pradesh, Madhya Pradesh, Maharashtra and Gujarat, among other states joining the protests, the potential political cost could increase for the BJP if the protests intensify.

Rakesh Tikaith of Bhartiya Kisan Union rejected appearing before the members of the committee. He said: “We know what the pro-government panel members will propose; it is immaterial whether we go to the committee or not. The so-called experts have been meeting the Union Agriculture Minister and supporting the farm laws in favour of commercialization. We have been pleading to a Government whom we voted to power. We have never approached the SC, nor do we have any objection to the committee, but have reservations with the committee members. Our protest is with the Government and not the SC. Beware, the Government is keeping a close watch on 3Ks; Kisan, Kalam and Kamera (farmers, pen and camera).”

The stay on the implementation of farm laws is the only respite for farmers. The court has not made any comment on the constitutional validity of the three farm laws, or on the manner in which the laws were passed. Thus, the core demand of the protesting farmers, that the law should be repealed, is unlikely to find any resonance in the SC committee. The road ahead now becomes tricky for farmers, as they will be faced with the challenge of sustaining the protest for a longer time, until the committee submits its report and the SC removes the stay on the laws.

On the farmers’ front, they are planning to intensify their protests at the state level, and for a grand tractor parade on the Republic Day. Simultaneously, a joke is going viral on the WhatsApp saying, a committee is likely to be set up in the future to safeguard the banks, comprising of Nirav Modi, Lalit Modi, Mehul Chokse and Vijay Mallya.