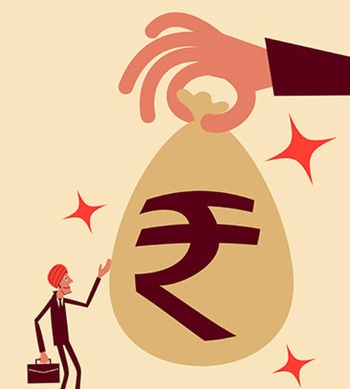 Survival of the Richest

The World Economic Forum President recently declared, “Expecting India to be the fastest growing economy”. Surely Adanis and Ambanis would be upbeat to hear this proclamation. But the common masses of the country would be depressed to hear this, since they know well this statement is not based on facts and figures but on falsehood and myth created by the present regime. The fact of the matter is that from the 168th position in 2020, India's rank deteriorated to 177th position in 2021; in 2022 it became one of the worst-performing nations in the realm of “environmental health, protecting ecosystem vitality and mitigating climate change” and ranked at the bottom in the overall list.

In the Global Hunger Index, India’s position is 101 out of 120 countries and it stood 107 out of 121 countries in Global Poverty Index. India has by far the largest number of poor people worldwide at 228 million. Even this is an old number. During and post-COVID-19, more people from the vulnerable communities have joined the rank of below poverty line. Two-thirds of these people live in a household in which at least one person is deprived of nutrition. More than one in five children in India are poor compared with around one in seven adults. It is in this background one should examine the facts revealed by the Oxfam’s report, ‘Survival of the Richest’.

But before that, let us analyse the World Economic Forum’s ‘The Global Risks Report’ released this month.  The central revelation of the report is the risks that are being manifested currently, like energy supply crisis and the cost-of-living crisis. The report goes on to add that the much-needed attention and resources are being diverted from global risks that may become tomorrow’s shocks and crises.

Failure to mitigate climate change and adapt to climate-change are leading to natural disasters and extreme weather conditions. This would further lead to biodiversity loss and ecosystem collapse. This will result in large-scale involuntary migration. In addition to already increasing number of migrants and refugees, it is predicted that over 200 million forced climate migrants by the year 2050. Even this is a conservative estimate. The negative consequences of migration are already unbearable. It is reported that over 100 Nepali migrant labourers died during the preparation of the stadium in Qatar.

Every crisis generated due to socio-economic, cultural, political and religious degradation will end up in erosion of social cohesion and societal polarization. Neglect of sound and solid national economic policies that do not keep the citizens in focus but focus only on the interest of the corporates would rob the poor to feed the rich. Economic downturn will result in increase in cost of living, further leading to economic crisis. This could take the shape of economic warfare among the individuals, and social groups. And may result in economic warfare between countries. In the recent past, this cruel story unfolded itself in Sri Lanka. Economic crisis resulted in total turmoil in the country.

It is in this background, Oxfam report ‘Survival of the Richest’ released on 16th January, 2023 sounds danger signal to all those who care to examine the crisis engulfing India and the world. The report succinctly states, “Both affordability and availability of basic necessities can stoke social and political instability. Last year, the increase in fuel prices alone led to protests in an estimated 92 countries, some of which resulted in political upheaval and fatalities, alongside strikes and industrial action. The impact of insecurity will continue to be felt most acutely in already vulnerable states…” One can also add in addition to vulnerable states, vulnerable persons and communities.

The report further argues that the crisis after crisis has driven an ever-greater wedge between the haves and the have-nots, exposing the consequences of entrenched inequalities. Most recently, the COVID-19 pandemic and runaway food and fuel prices have led to poverty and a cost-of-living crisis for many, while driving relentless wealth and income growth for the richest. Governments have a responsibility for this inequality explosion. Most have failed to implement progressive policies that prevent or reduce inequality, that redistribute money and power, and that break the vicious cycle of the wealthiest capturing politics and policy-making. Trillions of dollars have been pumped into propping up the economies of wealthy nations. While this prevented economic disaster and further hurt for the poorest people, it has been largely captured by those at the top. Today, every government in the world has a responsibility to urgently implement a comprehensive action plan to reduce inequality. This must include measures to ramp up taxes on the wealthiest, and to significantly curb their ability to amass undue levels of wealth and power in the future.

The LPG cylinders under Ujjwala scheme cost Rs 500 sometime ago. But now it is about Rs. 1,053 and 40% of the rural, poor, Dalit, tribal and minority families cannot afford to invest on this. Any conversation with over 70% of the common masses who are forced to fend for themselves in this hard time, bemoan the fact that they are forced to make hard choices. “Gas cylinders for household use used to cost Rs 450, but now they cost slightly more than a thousand rupees. Now we have to choose between feeding our children or educating them.’ This is the plight of Yusuf, taxi driver, and Shahana, housewife, Bhadarpur Colony, New Delhi.

There is more depressing news for the Indians. The Times News Network reported that 79% of Beti Bachao’s Rs. 447 crore went into ads only. Even if girl children are not educated it is ok for parents but a government which claims for, by and with people should at least protect these girls from being raped and murdered. Similarly, a sum of Rs 1,894.85 crore was incurred as Information, Education and Communications expenditure under Swachh Bharat Mission (Grameen) from 2014-15 to 2021-22, the Minister reported in the Parliament. Information, Education and Communication (IEC) is a strategy to spread awareness through communication channels to target audience to achieve desired positive result.

The Swachh Bharat Mission (Grameen) (SBM-G) was launched by the government on October 2, 2014 with the main aim to make the country open defecation free (ODF) by October 2, 2019, by providing access to toilets to all rural households. If this amount was directly transferred to those who do not have toilets and are forced to defecate in the open, they would have built toilets. In a country where the poor are forced to live in huts and river beds, where would they get land to build toilet is not taken into consideration by those who plan, propagate and benefit out of this scheme.

Conscious economic analysists of the country argue that a government scheme’s success is not judged solely on how many people subscribe to that scheme or how many subscribers are added in a short span of time, but how much utility the subscribers are able to obtain from the scheme and how much people are able to use the facility provided under it. Another crucial fact of this discussion is that it is not how many crores of rupees are spent on schemes like these but what is it spent on, who benefited out of it and who paid for it. A government that takes to myths, history, falsehood and hatred is not interested in attending to these burning issues of the masses.

Cracking of the Joshimath is a clear case of not just cracking of Joshimath but cracking and dismantling of the Indian development paradigm and seven decades of economic policies and programs. An economic system is a means by which societies and governments organize and distribute available resources, services, and goods to all the citizens. But in India the following fundamental questions are not raised when it comes to economic policies and programs: 1. Who owns the means of production? 2. Who works on the means of production? 3. Who distributes or exchanges the product? 4. Who controls the economic system? 5. Who benefits from these? And 6. Who pays for these?

The Father of the Nation, Mahatma Gandhi, had warned of seven sins. Three of them make lots of sense for our discussion: 1) Politics without principles and values; 2) Property without hard work; and 3) Business without moral values. The present regime which came to power with slogans like ‘Sab ke Saath aur Sab ka Vikas’ and ‘Sab ke Saath aur Sab ka Vishvas’ has betrayed both development and faith of the people placed on it as an alternative government. These days, it is just focused on winning the general election in 2024 with money, muscle, machine and mind power. Hence, it is working overtime to dismantle Mahatma Gandhi and Dr. B. R. Ambedkar who burnt their midnight lamps to secure a free, independent, democratic, secular, socialist, egalitarian country for all the citizens of the country.