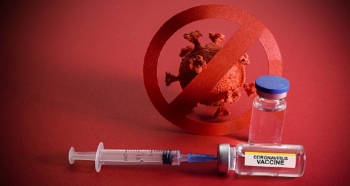 Until two months back, seeing corona virus at the doorsteps, the public eagerly wanted to undergo vaccination. But, with the advance of time and a dip in covid cases, the fear evaded from the hearts and minds of people. Time, Thrust and Trust factor play a crucial role in the success of any vaccination campaign. After a year, when the first Covid-19 case was reported in India on January 30, 2020, a lot of eagerness subsided and hesitancy cropped in against the vaccination. That’s one of the reasons why a lot of reluctance by the health workers was witnessed in the first round of vaccination, after the launch of two indigenous vaccines. But things have changed in the past couple of weeks, with cases rising to over 2 lakh per day, people are now eager to get vaccinated. With almost 6.5 crore vaccines exported to 84 countries as a goodwill gesture, eyebrows are raised over the scarcity in India.

Days after Rahul Gandhi wrote to Prime Minister Narendra Modi to allow Indians access to Covid-19 vaccines made abroad, the Centre has decided to fast track emergency approvals for foreign-produced shots. Following Gandhi's letter, the BJP-led government had accused him of lobbying for pharma companies.

The Covid-19 vaccines being manufactured in foreign countries are granted emergency approval for restricted use by authorities in the US, Europe, the UK, Japan, etc. The Indian government said that the idea to access vaccines made abroad was to "expand the basket of vaccines for domestic use and hasten the pace and coverage of vaccination". "The first 100 beneficiaries of such foreign vaccines shall be assessed for seven days for safety outcomes before it is rolled out for further immunisation programme within the country," the Union Health Ministry said in a statement.

The common people are not happy the way election campaigns were carried out in the Assembly elections, where lakhs of people participated, violating all rules. Also, the Kumbh Mela in Haridwar witnessed lakhs of people taking holy bath without following the Covid protocols.

According to the World Health Organization, vaccine hesitancy describes as a delay in the acceptance of or refusal of vaccines despite the availability of vaccine services. A similar level of doubt and hesitancy prevailed in the minds of general public in India during the Polio campaign too. The rumours and suspicions were overcome with the involvement of religious leaders and other stakeholders. A multi-prong media campaign and a vigorous reach out enabled to develop the eagerness among the mass. The result, India was officially declared Polio-free in 2014.

In the initial stage, at New Delhi’s Ram Manohar Lohia Hospital, against the target of 100 vaccination per day of health workers, only 31 turned up on Day 1. The reasons for the low turnout are varied, from genuine health issues to lack of trust in Bharat Biotech’s Covaxin, whose Phase III trials are still under way, to anxiety about adverse reactions. Glitches in the CoWIN app, the tech platform supporting the vaccination rollout, have also hampered efforts. Though the country crossed the 2 million vaccination mark by January 28, a milestone the Union Health Ministry was eager to underline, that does not conceal the fact that the targets the country set for itself were more ambitious. On the inaugural day, for instance, 3 lakh healthcare workers were expected to get their first shot, but the final number was off by a third. If India is to inoculate 30 crore people by July, as the government had initially announced, that would translate into 3.3 million shots a day on average, considering the vaccines require two doses.

Other countries, too, have grappled with a slow rollout in the beginning, like the US, which aimed to vaccinate 20 million by the end of 2020 but had to make do with 6 million instead. Last week, around 939,973 doses a day were administered in the US.

Globally, vaccine hesitation is an issue immunisation drives have to grapple with, and Covid vaccination is no exception. “People take a vaccine depending on their threat perception, their belief in the need for urgency and their belief in the vaccine efficacy,” says K Srinath Reddy, president, Public Health Foundation of India.

Misinformation and fake news about the vaccine were also doing the rounds on WhatsApp. In one widely circulated video, Dr Johan Denis, an alleged “medical doctor and homeopath” from Belgium, made the unsubstantiated claim that “the vaccine is not proven safe or effective” and the false statements that: “It’s a fake pandemic … it’s all been orchestrated to create fear to make you take the vaccine which might cause irreversible changes to your DNA.”

India’s Universal Immunization Program (UIP) is one of the largest public immunization programs in the world and reaches 26.3 million infants and 30 million pregnant women annually through nine million planned sessions. The program provides access to vaccines against 11 Vaccine Preventable Diseases (VPDs) at the national level and against two VPDs vaccines at the sub-national level.

Under the Ministry of Health & Family Welfare (MoHFW) and state governments, the entire immunization ecosystem has demonstrated proactive commitment for achieving universal immunization coverage in the country in recent years. Strategic projects in this direction include, but are not limited to introduction of new vaccines, rolling out of data systems, strengthening of national immunization centres such as Immunization Technical Support Unit (ITSU) and National Cold Chain & Vaccines Management Resource Centre (NCCVMRC) and successful piloting of initiatives for bolstering health worker capacity building. Coupled with these initiatives, MoHFW launched Mission Indradhanush (MI) in 2014 and Intensified Mission Indradhanush (iMI) in 2017: catch up and system strengthening campaigns to target underserved, vulnerable, resistant, and inaccessible populations. iMI has resulted in an increase of 6.7% in full immunization coverage (FIC) after the first two phases in prioritized districts.

A sharp hike in cases and deaths made people feel there is an urgency. After widening the ambit from health workers to people above 60 and now 45 years provides ample opportunity to resist Covid-19 with vaccination. But at present, vaccine shortage is reported from all across the country. Those who were hesitant were concerned about the safety and efficacy of vaccines. And, the way out is confidence-building through mass awareness campaigns and sufficient supply of vaccines.

Soon, though, supply for vaccines will undoubtedly outstrip demand. Before long, not everyone who is eligible for a vaccine will want one. But unless enough people get vaccinated, this pandemic will not go away completely, and we’ll need to continue limiting the way we live. We need to cut through the noise and make sure everyone knows how great the vaccines are and why they should roll up their sleeves. With Corona deaths all over, neither the Government, nor the general public can shed away their responsibility. Getting a vaccine needs to become one of those new social norms.