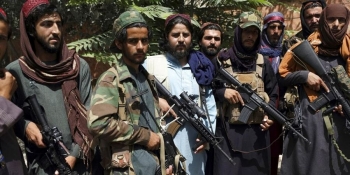 Taliban Back in Driver’s Seat 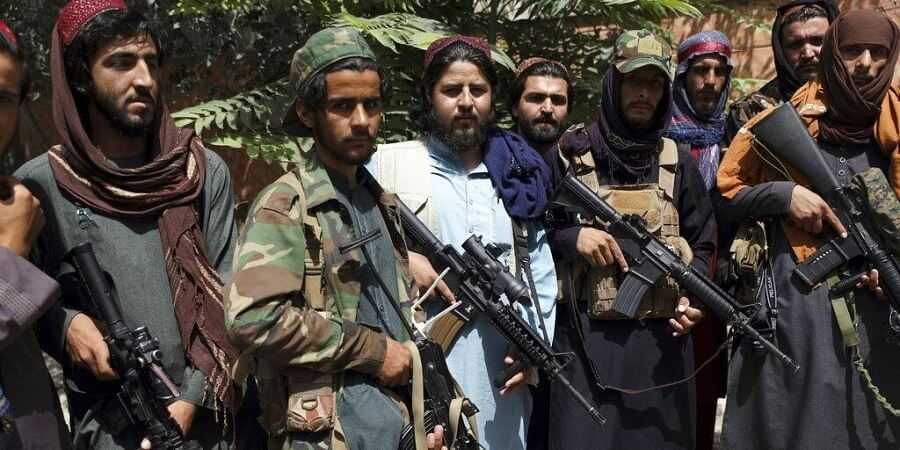 Written in 1818 by 21-year-old Mary Shelley, Frankenstein is a chilling terror tale of a laboratory experiment that goes completely haywire. The story of Frankenstein revolves around the tragic tale of Victor Frankenstein, an ambitious humanist scientist, who embarks on a revolutionary scientific project based on the manipulation of physical reality and creates a grotesque creature out of the dead body parts he collects from various sources and pieces together.

Victor Frankenstein wants to free humanity from the clutches of mortality by creating a superior form of humans that would not only know no death and decay, but also revere him as their creator. Unfortunately, his dream project takes a tragic turn, and he ends up creating an abhorrent monster. The monster goes out of his control, unleashes untold misery and evil in his family and society, and ultimately brings about the annihilation of its very creator.

With the passage of time, the term ‘Frankenstein’s Monster’ has come to mean any ambitious project that goes out of the control of its originator. In his article, “Frankenstein’s Futurity: Replicants and Robots,” Jay Clayton argues that “As a cautionary tale “Frankenstein has had an illustrious career; virtually every catastrophe of the last two centuries — revolution, rampant industrialism, epidemics, famines, World War I, Nazism, nuclear holocaust, clones, replicants, and robots — has been symbolized by Shelley’s monster.”

The Taliban that America, along with Pakistan and Saudi Arabia, indirectly gave birth, and which eventually caused the defeat of its prime originator, America, should certainly be added to the list of the proverbial Frankenstein’s Monsters. The conception and gestation of the Taliban began with the federal government of America authorising the Central Intelligence Agency (CIA) to fund the Afghan Mujahedeen, an assortment of Afghan insurgent groups that fought a guerrilla war against the army of the largely unpopular Soviet-backed government of the Democratic Republic of Afghanistan (later renamed ‘Republic of Afghanistan’) and the Soviet army that invaded Afghanistan in 1979.

The American support to the Taliban was buttressed by the support of Pakistan and Saudi Arabia. While the Mujahedeen fought the Soviet army from 1979 until the withdrawal of the latter from the country in 1989, it fought the army of the Democratic Republic of Afghanistan until the collapse of the government in 1992.

During the Soviet-Afghan war, the Saudi Arabian-born Osama bin Laden joined the Mujahideen to fight the Soviet Union. In 1998, he founded al-Qaeda, a multi-national Islamist militant organization, in order to provide logistical support to the Muslims from across the world fighting against the Soviet Union. Though the Afghan Arabs fighting the Soviet Union were the initial recruits of al-Qaeda, soon, many radicalised Muslims from different parts of the world become its members. While the Taliban was concerned only with fighting jihad in Afghanistan to establish an Islamic state enjoying international recognition, al-Qaeda was concerned about fighting a global jihad in every part of the world where Islam is under threat from its supposed enemies, especially, Christians and Jews and the Western culture.

What followed the fall of the government of the Democratic Republic of Afghanistan was a full-blown civil war among the rival factions of the Mujahedeen resulting in Afghanistan’s descend into total chaos and anarchy. During the civil war, in 1994, the Taliban (trained in the madrasas of Afghanistan and Pakistan) emerged as a force to reckon with. In its efforts to cleanse the country of its savage warlords, establish an Islamic state based on Sharia law, and to gain international recognition for the state, it gained the support of large sections of Afghans. In 1996, it succeeded in establishing the totalitarian Islamic Emirate of Afghanistan.

The Taliban regime provided a safe haven for al-Qaeda in Afghanistan which implied that the latter was allowed to run its global jihad from Afghanistan as well as organise its insurgent training camps in the country. Owing to its affinity with al-Qaeda, the Taliban regarded Osama bin Laden as a guest of the country. The 9/11attack on America was planned and overseen by al-Qaeda leaders under the direction of Osama bin Laden from Afghan soil while the execution of the attack was handled by the members of al-Qaeda spread across the globe.

In Kenneth Branagh’s 1994 film, Mary Shelley's Frankenstein, an adaptation of Mary Shelley’s novel, the monster that Victor Frankenstein recklessly brought to life asks its maker, whether he ever considered the consequences of his action. Similarly, today, the rest of the world seems to be asking America whether it ever considered the consequences of its support to the Afghan Mujahideen against the Soviet Union. Well, its support to the Mujahedeen indirectly facilitated the birth of Taliban and al-Qaeda.

Only when the Taliban refused America’s demands that the former hand of over Osama bin Laden to the latter and ban al-Qaeda in Afghanistan after the 9/11 did America realise that the Taliban that they helped to gestate, be born and grow has gone out of its control; it has turned into the proverbial ‘Frankenstein's monster’ threatening the very existence of its originator. At this stage, we must remember that if the Taliban is a mutated version of the Mujahideen that America once helped with money and arms, al-Qaeda is another mutated version of the same Mujahideen. We shall not forget that Osama bin Laden himself came to Afghanistan to fight the Soviet Union together with and as a Mujahideen.

Just like Victor Frankenstein who pursued his monster across the globe to annihilate it as he realised that it was after his life, America would pursue the Taliban, al-Qaeda and Osama bin Laden to every possible nook and cranny in the world riding on its theory of ‘global war on terror.’ Therefore, supported by its NATO allies, in 2001, America invaded Afghanistan, the legendary graveyard of empires, unseated the Taliban within two months into the invasion, assassinated Osama bin Laden in 2011, and inflicted a lethal blow to al-Qaeda from which the victim has not yet recovered.

While the unseated Taliban regrouped itself and fought the invading Americans and the America-backed Afghan government fiercely, America would have realised how true Alexander the Great was when he said that Afghanistan is “easy to march into but hard to march out of.” Americans would end up staying in the country for two decades spending trillions of dollars and ultimately failing not only in containing the Taliban, but also in establishing any desired political stability and security in the country.

America’s lack of an effective strategy, the ferocious resistance of the Taliban, the reluctance of the allied countries to keep their forces longer in Afghanistan and the shortcomings of both the security forces and the government of Afghanistan are all responsible in varying degrees for America’s failure in Afghanistan.

America had no choice but make an agreement with their bete noire, the Taliban, that it would withdraw all its military forces from Afghanistan in return for the Taliban’s promise to prevent the promotion of all Afghan-based insurgent activities (both by the Taliban and other insurgent groups including al-Qaeda) that endanger the United States or its allies. This agreement was a clear sign of America’s acceptance of its inevitable defeat before the Taliban in the graveyard of empires. In the meantime, America failed to forge an enduring peace agreement between the government of Afghanistan and the Taliban into whose hands the reins of the country would inevitably fall with the departure of America.

When America announced on July 2, 2021 that it had vacated Bagram Airfield, the epicentre of American presence in Afghanistan, what surprised the world was the unceremonious manner in which the Americans left the place. Shutting off the electric supply in the airfield, they sneaked out in the cover of darkness. They neither handed over the airfield to the Afghan officials nor notified them about their departure.

America’s dishonourable flight from Bagram Airfield and its departure from Afghanistan remind the world of Mary Shelley’s terrified Victor Frankenstein’s flight from his creature ashamed and regretful of having created a monster that is beyond his control. While Victor Frankenstein’s counterpart from the graveyard of empires, America, is on the run, his monster’s counterpart, the Taliban, is ruling the roost; and the rest of the world is waiting with baited breath to see the unfolding of Afghanistan’s uncertain future in the hands of the Taliban.