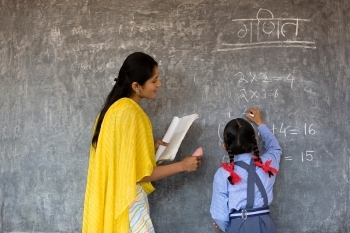 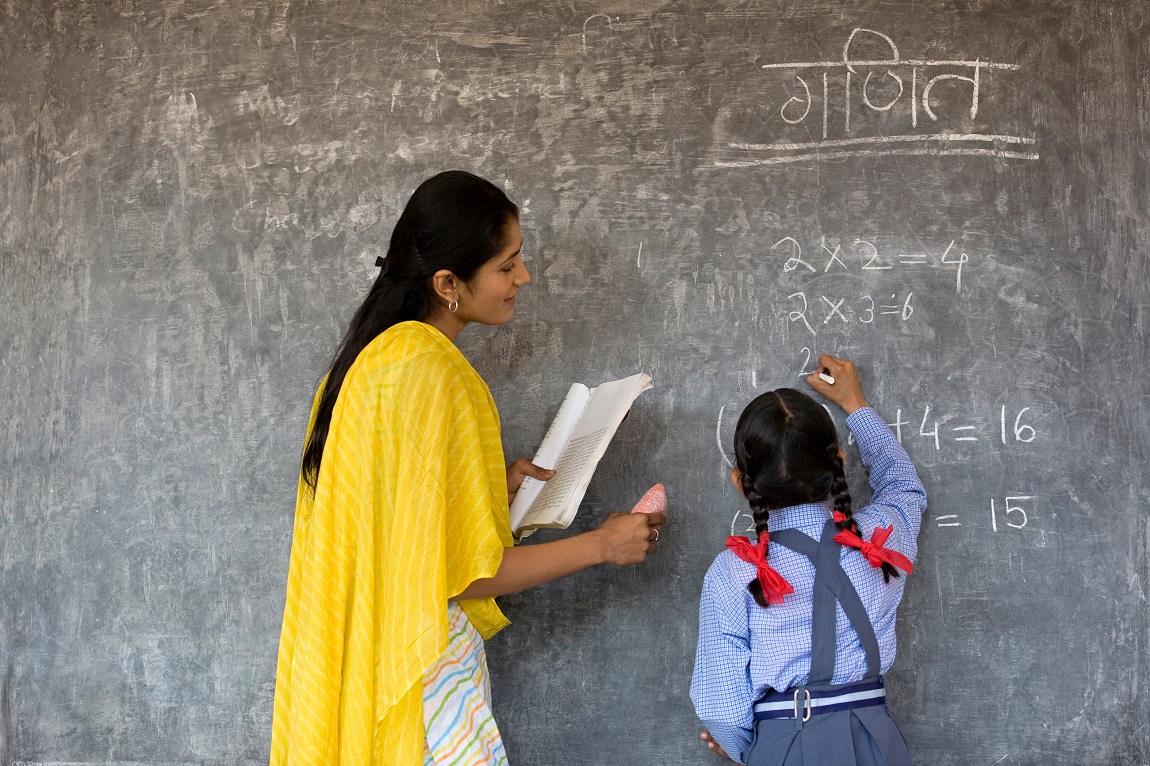 The most prominent and effective programme of the Universal Solidarity Movement (USM) Indore is one-week residential training for High School students under the title Enlightened Leadership Training. From 2007 June till the end of March 2022, 8141 students in 404 groups from 22 states participated in this training. At the beginning of the training the participants are asked to share their dream in life or what they want to become. In the fourth week of May, a group of 33 students from Rajasthan had come to USM to take part in leadership training. When they shared what they want to become, none of them mentioned the teaching profession. Their dreams are becoming doctors, software engineers, IAS officers, army officers, etc.

This is not the first time that the students did not mention teaching as their choice of profession. Only when the students come from the rural areas and that too from Hindi medium schools, some students express their desire to become a teacher. Students from the elite schools generally do not opt for teaching as their profession or mission. Naturally a question arises if the cream of the society does not enter the teaching profession what would be the quality of education in the future. If only average or mediocre people become teachers, will not the students also become mediocre?

What could be the reason for the students from elite schools not opting for teaching? Compared to the salary scale in other professions, the salary of those in the teaching job, especially in private schools, is low. In modern times, teachers seem to have failed to gain respect in society unlike in olden days. The modern generation wants quick money, quick fame and quick success, which may not be compatible with the teaching profession.

According to the Skill India Report 2022, only 46.2% graduates are employable. In other words, 53.8% graduates do not have the required knowledge and skills. In order to change this scenario people have to put pressure on the political leadership to allot more budgetary provision for education and attract the best talents to the teaching profession by providing them attractive salaries and facilities.

Many people while sharing their life experiences acknowledge the influence of certain teachers in their lives. Dr. A P J Abdul Kalam in his autobiography, Wings of Fire, credits his success and knowledge to his physics teacher, Fr. Ladislaus Chinnadurai. A teacher with the right combination of character and competence can definitely influence his/her students and bring about transformation in them. He/she will be remembered by hundreds of students even after his/her death.

The most important ministry of the Catholic Church in India is EDUCTION in terms of infrastructure, financial investment and deployment of human resources. According to the website of the CBCI Commission for Education, the Church has more than 50,000 educational institutions and more than 50 million students in these institutions. Is the Church able to influence Indian society, especially the students, parents, teachers and crores of alumni of its educational institutions in proportion to the investment it has made in terms of finance and human resources? If the answer is “Yes”, why does no one comes forward to defend, when Christian educational institutions are attacked? Why is the Church not able to influence the educational policies of the government? Do the students and parents consider the Catholic schools only providers of educational service for which they pay adequately or even more than the actual cost? In order to get answers to these questions an extensive survey covering all States is needed.

An important observation about the Catholic schools is that only a few consecrated men and women are actually involved in teaching. A majority of schools have priests and nuns in managerial or supervisory positions. If the priests and the Religious do not teach, how will they be in touch with the students, parents and family members? If they are not in contact with the students and parents, how will they influence them? Without being in contact with the most important stakeholders in education, how can education become a mission? If education is not a mission, what is it now? What way a Catholic school is different from another private school having the same level of performance of students in academics and co-curricular activities?

Often the bishops and major superiors give the excuse that they do not have enough personnel to teach in their schools. At the same time, the dioceses and religious congregations go on increasing the number of educational institutions, especially English medium schools. If the educational institutions are not serving the purpose of influencing the society with the core values of Jesus what is the rationale for increasing the number of schools and colleges?

Against this backdrop, what Pope Francis told recently to De La Salle Christian Brothers is very pertinent. He told them that Christian educators must first of all be witness to the Gospel by practising the values taught by Jesus.

“The Christian educator, in the school of Christ, is first of all a witness, and he is a teacher to the extent that he is a witness,” Pope Francis said on May 21, as reported in Matters India.  “By following Him, by walking with Him, our lives are transformed, and we in turn become leaven, salt, and light,” the Pope added. He told the brothers that their mission is to make humanity grow according to the way of Christ. Only then their schools will become ‘Christian’.

In a few words, Pope Francis has delineated the social and spiritual goals of education ministry. Teachers have to become the agents or catalysts of transformation in their students. The first aspect of transformation is a shift from a closed world to an open world. The students should be able to transcend their narrow identities and rise to the highest identity of humanity and the divine presence in every human being and in all creatures of God. They must be inclusive by embracing diversities in religion, culture, language, race, etc.

The second aspect of transformation the Pope expects through education is a change from “throwaway culture to a culture of care”. The widening inequalities in the world are leading to a small minority indulging in luxuries and extravaganza while millions of people in the world do not have the means to meet their basic needs. More than 700 million people in the world are hungry, according to the World Hunger Report 2022. At the same time a lot of food is being wasted. According to an NGO, Feeding India, 10 to 20 percent of food served in Indian marriages goes to waste. Education should instil in the students an attitude of sharing and caring so that they are able to share their resources with the needy and care for the sick, the disabled, the orphans and the destitute and protect mother earth, ‘our common home’, from being polluted and overexploited.

The third dimension of the transformation is shift from rejection to integration. Often rejection and discrimination against certain groups are due to prejudices. History is a witness to the fact that prejudices led to genocide in the past. The Nazis under the leadership Adolph Hitler murdering 6 million Jews is one of the worst and most cruel examples of mass murder based on prejudice. Education should help students to develop critical thinking or scientific temper so that they do not become victims of blind faith, superstitions and prejudice. They should be able to accept people as they are and integrate them to the society in which they are. They should learn that humanity is the greatest religion.

The fourth aspect of the transformation is a shift from the pursuit of vested interests to the pursuit of common good. The main cause of the disastrous consequences of global warming is the mindless pursuit of one’s interests to the utter neglect of the common good. In spite of knowing the dangers at their doorstep, nations are not ready to forgo their vested interests in order to save humanity as a whole from environment related catastrophes. If education instils in the students concern for the common good, the impending environmental disaster can be prevented or reduced to a great extent.

1.    Pray daily for peace according to one’s religious tradition.

2.    Skip a meal a week to express solidarity with the hungry and to help disadvantaged persons with the money thus saved.

3.    Do a good deed a day without any selfish motive.

5.    Respect the earth and save its resources.

Teachers’ orientation programmes organized by the USM focuses on transforming teachers as mentors so that they become catalysts of transformation in their students and in society.

The Catholic Church in India has to introspect on the impact of its education ministry on the society. Instead of multiplying educational institutions, dioceses and religious congregations have to focus on effectiveness by bringing about transformation in the students as expressed by Pope Francis. In order to bring about this change, more and more priests and women and men Religious should start teaching. They should remain in continuous contact with students and parents. Genuine teachers have immense power to bring about transformation not only in their students but also in the parents.