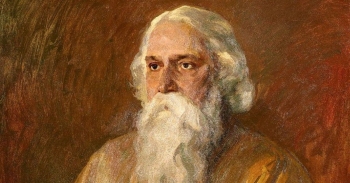 Rabindranath Tagore, the first Nobel Laureate of India, has a remarkable poem, with the title ‘There is No God in the Temple’ (Deeno Daan). The very title may shock the guardians of temples and religionists. But, at a deeper reflection, it would become more than clear that the poem strikes a compelling point and is capable of provoking a revolution in the minds of the humans, in line with the mind of God.

The core of the poem goes thus. A Sage is seated under a tree in the countryside. The King of the area comes to the Sage, apparently with a sharp question for the Sage as to why he was seated there, instead of the temple. The Sage, having rightly sensed the mind of the King, expressed his reservations about the temple the King had got constructed for his people.

The Sage spoke up, even before the King did, “You have built the temple with ‘two million gold coins’, but it does not have God inside”. Severely infuriated, the King told the Sage, “You atheist, how could such a grand temple be empty?” The Sage replied serenely, “It’s not empty; it’s rather full of the Royal pride. You have bestowed yourself, oh King, not the God of this world”!

“It is wrong to have spent your riches in building a temple, that too in the same year people of your land were horribly struck with calamity and they came to your door begging, but you turned them away squarely”, the Sage reminded the King. The Sage proceeded to articulate the mind of God thus, “how could I believe that the King would give me a home in his golden temple, when he could not shelter his homeless subjects? It could be nothing more than the fancy of the King”!

The Sage was too blunt and harsh on the King as well as on the bare reality of the religious-political world then. However, the King of his time, a century back, seems to have been sober enough to take the electric shock from the Sage and sink into a damn silence. But, it is not easy for the kings of the modern times to stomach it, especially for the powerful custodians of the respective religions and temples. But, the telling portrait of contrast between temples and human temples is worth being considered and attended to.

There is no denying the fact that the humans have devised ‘temples’ as ‘abodes of God’ on earth. And ‘temples or places of worship of all religions’ stand for the divine presence of God among human beings, in line with the imagination and tradition of the respective tradition. They are ‘symbols’ of God on earth for believers of all religions and ideologies. They are great sources of solace, inspiration and strength for the respective believers, as well.

On the other hand, Tagore, in all his out-and-out honesty, could not stand the ‘distressing plight of the commons’ who were calamity-stricken in various ways and were left to their own fate by the custodians of power and money of this world. His Sage-mind was intensely hurt by the ‘misplaced devotion’ therein and he had to ‘walk out’ of the ‘golden temple’, in order to stand with the disowned and homeless human beings around him, who were no less than the golden temple, if not more.

As a matter of fact, ‘human beings are created in the image and likeness of God’. They are the ‘real and living temples’ of the divine spirit, undeniably so. They are endowed with the divine imprint in their very being. The temples of brick and stone, however holy and real one may consider, are no comparison to the living human temples, which are naturally sacred by divine making. Despite the great symbolic value of temples of all religions, they are no substitute for the human temples, especially those from the poorer and weaker sections, who are certainly dearer to God, the Creator of one and all.

In contrast, from times beyond memory onwards, massive constructions of brick and stone have been mighty symbols of the religious presence of God in the society. They have been monuments of the ‘vain glory and pride’ of the custodians of religion as well as of their rich sponsors, even to the point of making the black money white. Of late, golden, multi-layered, hi-tech, fashionable and self-imposing temples, churches, gurudwaras, mosques, vihars and ashrams have become projects of even lakhs of crores, ironically and shockingly so.

India is a ‘poor country’ with a large number of filthy rich billionaires of world renown. Most of them are more known for their wasteful habits as well as for their self-coiled and showy corona of life. Politicians and governments are busy erecting statues, parliament-assembly houses, stadiums and the like as their memorials. Religious organizations are typically hyperactive propagating and perpetuating their kingdom as well as keeping the believers under their thumb and procuring money from them, in the disguise of gods and goddesses. The poor are the last in the priority of the economic, political and religious rackets.

Twenty to twenty five crores of people in India, the second most populated country of the world, are condemned to the fate of being on the roadsides, street corners, under the flyovers and bridges and in the slums, as beggars, below poverty line or as more or less. For decades and centuries, politicians are using them for votes, ‘playing gimmicks’ with them and are surviving on them for maintaining power. Religious shrines heap up contributions of gold, silver, cash and kind and thrive as huge money banks, too. The poor remain regularly as hapless victims of money, power and religion, for the most part, as a regular feature.

The terrible plight of the ‘human temples’, tens of crores in number, doesn’t seem to bother the large majority of the citizens who are better off or are suffering from riches. No wonder, Vayalar Ramavarma, a celebrated lyricist in Malayalam, had to write for film ‘Agniputri’, “kannu thurakkaatta daivangale, karayaanariyaata chiriccanariyaatta kalimanpratimakale”. ‘You gods and goddesses, you don’t open your eyes, you cannot cry or laugh; you are mere ‘statues of clay’. The sharp-edged ‘contradiction between golden temples of brick and stone and human temples in abject poverty’ is conspicuously provoking for any human being, who has a ‘conscience’ within him or her.

Perhaps, the logic of the ‘right to temple’ could be as simple as this. A temple of brick and stone has the right to be there only when those living around and visiting it with faith have a house, which they could call a ‘home’. The ‘dignity of the lives of the human temples’ should decide the whereabouts of their temple. Only then, the temple will be a worthy place for them, to gather in the name of God, the Creator of one and all, and to celebrate his or her presence. Their sense of belonging to each other, together to a community and to the larger human society, the poor in special, as well as to God will certify the relevance of the temple they share as a culturing symbol of ‘humane civilization’.