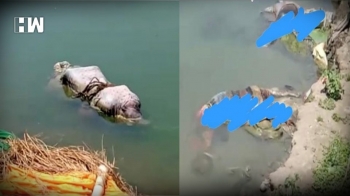 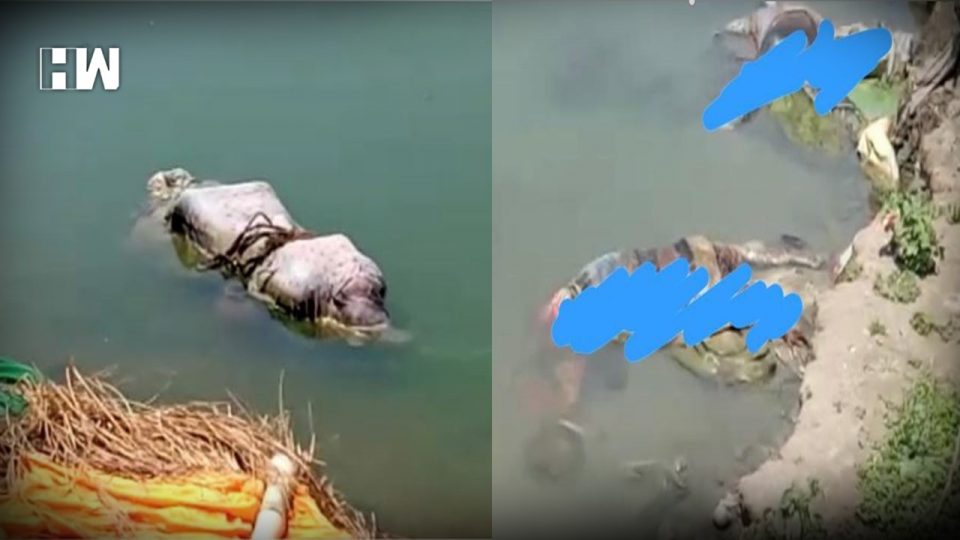 The dead do speak! Make no mistake. In today’s India, they are speaking out the truth. They have nothing to lose any more! They are sending out strong messages.

One may plug one’s ears from hearing them. Or, you may write them off as ill-fitting imagination of weird spirits. But the reality is something else. Their voices are sharp and shrill. They pierce your heart if it is made of flesh and blood with feelings. If it is not a heart of stone!

The messages reaching you are knocking at the door of your conscience, if you have one. Your attempts to thwart its penetration with carbon painted curtains and tool kit contrivances are of no use.

The messages are addressed to all of us alike. Yes, the dead rolling out of Covid treatment centres dare speak. Those floating on Ganges as nameless, numberless and identity-less human figures do speak volumes.  Those reduced to ashes in the flaming fire in no man’s land have a strong message. Those half-buried on sandy stretches and abandoned for dogs and vultures to feast on are worming your conscience.  And more!

The questions they ask are simple and straight. Where was your sense of urgency Mr. Politician, when you were told that the pandemic was rushing to strike like a tsunami wave? Why were you tapping your feet to the drumming and strumming tune of the backroom boys to soothe your nerves at the sight of human bodies strewn around? You wanted to add dash and drama to your election rallies which were meant to inflate your ego! You heeded not timely warnings that the naked reality of your gala religious festivals of sadhus and sants would erupt into uncontrollable tragedy, death and destruction!

You feasted on our votes. Now you let dogs and vultures feast on us! Does it ever strike you that there is dignity in death when people with even with a modicum of sensitivity accord that dignity to the dead? And, to crown it all, the most heinous act was snatching away the shroud cloth from our burial places to avoid adverse publicity about your inaction and hardheartedness. Since the camera’s eye cannot lie, you remain exposed before the whole world as criminal offenders for causing deaths through neglect, inaction and stupidity.

Will not the wealth and glamour, the fame and fortune you amassed as our political servant, scoff at you as you will go empty handed to the nether world? If you ever have a second birth, what will be the shape of your fate?

And, you men and women of fabulous wealth and glamorous world, do you want to keep your treasure moth-eaten and worm- infested   when you could have extended your helping hand to save people from dying by building hospitals or supplying medical equipments? Some of you do respond to the call of conscience. While some others charter planes for a speedy exit to consort with Mephistopheles the demon across the seven seas!

Does not India take pride in having more than three dozen billionaires including Asia’s richest one? Even as they are engaged in cutthroat competitions or in capturing the now booming video-conferencing Zoom market, how much of their attention is given to redeeming India’s festering economic situation in the Covid ravaged world? If they had opened their human hearts and coffers, they could have reduced the number of coffins. So many of India’s sons and daughters floating as unclaimed body bags is a blot on the Indian nation! Now with the cyclone and flood we are being flushed out to the Bay of Bengal or to ocean graves.

Is it not true that Covid is accelerating India’s millionaire exodus to safer destinations abroad?   These well-heeled have topped India’s list of people seeking oasis by running away while holding on to their pot of money and effervescent glory. If ever we happen to meet in the other world, how shall we greet you guys?

Some of you, our near and dear ones, disowned us as contaminated untouchables with our dead bodies remaining unclaimed. Aren’t you objects of mockery before the whole world?  You enjoyed our presence when we were together. The fear of Covid infection kept you closed up in your chambers while at least some dead were accorded a dignified burial or cremation by some charitable organisation or people.  Perhaps, an alien’s gift of a dignified shroud was much more meaningful than that smothering love of yours once upon a time.

The less said the better! When nemesis strikes you all culprits, will there be any one left to lift a finger to help you reach the waters?