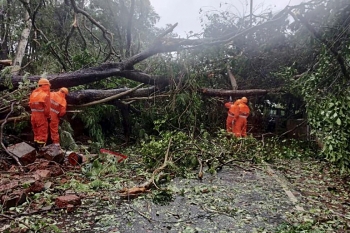 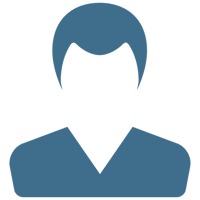 Cyclone Tauktae was the worst ever storm to have made landfall along the Gujarat coast after 1998 when catastrophic tropical cyclone killed at least 10,000 people. Tauktae in comparison was very deadly storm originated from a tropical disturbance which drifted eastward and turned into a deep depression by May 14. The storm soon took a turn towards north, continuing its gradual intensification it turned into a "very severe cyclonic storm Catagoery-3" with wind speed of 165 km/hr and gusting up to 175km/hr.

Tropical storms can be quite large and severe. Potentially high winds, torrential rains and heavy flooding can impact an area near the center of the storm. Therefore, once a storm as large as Tauktae makes a landfall, collapsing structures along with very heavy flooding takes place, bringing transportation and communication facilities to a complete halt. Scores of people are rendered homeless and many who could not evacuate from their habitats, or are old and infirm may even lose their lives.

Contrary to its name, BHOLA was the deadliest tropical cyclone ever recorded to have hit the Indian landmass (West Bengal). Thousands of people lost their lives due to its devastating effects. However, a very severe Storm -- VAYU of category-1 hurricane -- also came close to the Saurashtra Peninsula but caused moderate damage as it turned away abruptly to the west and out to sea.

Though people on the land have a chance to get away from the path of the storm, have you ever imagined the plight of Seamen sailing the seven seas who get stuck in foul weather. They say if you survive rains and flooding, the sun shall eventually shine on you but if you have to ride out a storm you got to face it head-on.

Therefore, one has to sail on a ship to see how severe a storm can be. Winds whipped up by the storm are razor-edged and blow hard, producing waves as high as mountains in comparison to the height of ship decks. At that moment the sea demands absolute obedience to its raw power. Surely of temper, it can lash out harshly, encompassing everything in its path and anything that dares its fury is most likely to be blown away. And during one of these fits of temper, if you happen to experience it, you are likely to see the world change shape before your eyes.

I know…because I have experienced it! It was one of those typical winters with weather patterns indicating low pressure after low pressure sweeping the frigid North Sea area, bringing in winds at 75 knots gusting to 80. Waves rising ominously to the magnitude of 12-15 meters were riding the sea, slamming and tossing our ship. With air pressure dropping like mass falling under gravity, my ears kept painfully popping. What would have been very bad weather conditions at any hour during day-time was scare-inducing and terrifying in the pitch darkness of midnight.

Outside in the howling night on the ship’s mast-head, Radio Antennas whip-lashed. An ocean I had seen as smooth as glass just a couple of days ago, now vengefully threatened to wash away the steel structure and the humanity on it -- that man had dexterously built to withstand all adversities.

Scared, anxious, sleepless, huddled behind the bridge wind screen, I waited for the worst, trying to imagine what to do if Hatch Covers flew off, or the bulk-head collapsed. They say big lows transfer the ordinary into dangerous storms.

Yet, storms are ordinary at high Seas. Thus, the primary lesson I had gradually learned was to face it as it comes. Because, when nature declares eminent domain, man merely hopes to survive. And to survive, a balance must be created and re-created. “One can survive at Sea but need to adapt to calamities on its terms” -- these words of my seniors were still ringing aloud in my ears. I reassured myself that “the ship is the safest lifeboat for a sailor”.

A quote from Dave Smalley comes to my mind: "The survival of the fittest is the ageless law of nature, but the fittest are rarely the strong. The fittest are those endowed with the qualifications for adaptation, the ability to accept the inevitable and conform to the unavoidable, to harmonize with existing or changing conditions." Survive we did by weathering the storm, riding every wave on its merit; and storm passed away from us.

Tauktae has passed; but my mind goes to those who had to face the fury of the storm and wonder how they must have managed to survive without proper shelter facilities.

Undoubtedly, aftereffects of every storm can be very severe, but the hammer of suffering invariably falls on the have-nots and poor who are made to keep quarters even without money and food. Their miseries don’t end there, as the sad and unfortunate part of the episode begins when the families of the affected suffer on account of so-called compensation being usurped by unscrupulous elements in the middle or for that matter not reaching their end at all.

(The writer is an ex-Merchant Naval Officer based in Ludhiana. E-mail: novinchristopher@gmail.com)