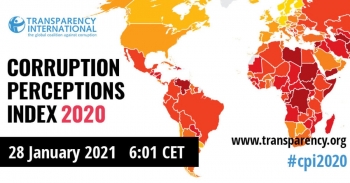 Today corruption is not seen as a dire problem meriting what Jeremy Bentham calls “the superintendence of the public”, which essentially paraphrases into regulation through the force of public opinion.

The bare truth is that after the unceremonious dumping of a venal UPA government in 2014, the majority in this country has been beguiled by the big spin that over the last seven years, this government has largely cleansed the Augean stables of the stigma of corruption that dogged the country since Independence.

So imposing and squeaky clean is PM Modi’s public image that the millions swearing fealty to him have amplified his personal integrity to the extent that it has even subsumed criticism of corruption in his government. Reinforced by a malleable media, compliant institutions of governance, amenable courts and millions of bhakts, this bluff has gained widespread credence.

Open democratic societies with free access to information are vital for fighting corruption. In fact, social thinkers contend that transparency and information-sharing contribute to regime effectiveness in matters ranging from development and growth to social welfare.

Arguably, the most important outcome of transparency is that it has a civilising effect on political behaviour through democratic accountability. However, the deliberate opaqueness of this government in every aspect of its functioning has spawned a system where the entire thrust is on exposing and punishing the corruption of the opponents of the regime.  In today’s India, the fight against corruption is focused primarily on the financial shenanigans of the opposition and others who challenge or cross this imperious regime whereas its votaries are sanguine that the State will protect them.

The ruling establishment has created an intimidatory environment of potent “shock and awe”, which has virtually terrorised every institution into toeing the government line. In government offices there is a nameless menace and fear lurking in the air. The bureaucracy cowers behind the steel frame in an ecosystem where loyalty to the ruling dispensation is paramount and not impartiality and probity. This has had a terribly deleterious effect on the fight against corruption. Speaking truth to power or challenging government policies are fraught with danger. In the grip of a siege mentality, detractors live in the surreal fear that Big Brother is monitoring each and every move. In such an environment, the organisations specifically meant to combat corruption have been defanged and reduced to mere ciphers.

The calculated diminution of the Lokpal is a case in point. A decade ago, corruption was widely perceived to be the life and death problem confronting the country. The two years from 2011 to 2013 were a tumultuous period when the India Against Corruption (IAC) movement organised nation-wide demonstrations and protests against endemic political and bureaucratic corruption. With the Anna Hazare fraternity holding a gun to the government’s head, the Lokpal and Lokayuktas Act, 2013 was passed by Parliament, paving the way for establishment of a Lokpal.

Ironically, the Government that rode to power in 2014 on an anti-corruption wave and on its poll promise of a corruption-free India must take prime responsibility for undermining the institution of the Lokpal. Such is the stranglehold of the PM on the body politic that the Government with impunity put off the setting up of the Lokpal by more than 5 years until March, 2019. In the interim, the statute was subverted with critical amendments that diluted the powers and reach of the Lokpal. An amendment passed in 2016 did away with the requirement for public servants to disclose the incomes of spouses and dependent children, despite a glut of evidence that corrupt officials pass on their illegitimate booty to family members. Furthermore, the Prevention of Corruption Act was amended whereby the Lokpal was required to seek Government permission for prosecuting even a retired public servant against the earlier proviso that covered only serving officials.

The manner in which the composition of the Lokpal Selection Committee was decided and the procedure adopted for selection of the Chairperson and members of the Lokpal are a stunning example of the imperious ways of an illiberal State taking decisions unencumbered by democratic niceties. A pliant, ever-accommodating Supreme Court passed a judgement on April 27, 2017 that the appointment of a Chairperson or a member of the Lokpal would not become invalid merely because of any vacancy in the Selection Committee, which was the opening that the Government needed to make the appointments with a truncated committee and without the leader of the Opposition, whose very role is to provide the tension and contestation that make for objectivity in assessment of candidates. Expectedly, there are allegations that candidates well disposed toward the government now occupy the top posts in the supreme body ordained to fight corruption in government, from the PM down to the newest Group “D” recruit. Although in the saddle for almost two years, the Lokpal has been invisible and innocuous – a pale shadow of the Ombudsman envisaged when the Lokpal law was enacted in 2013.

The Supreme Court had called the CBI a “caged parrot” that danced to the tune of an overbearing political executive. The Lokpal Act envisaged the transfer of the powers of the CBI to the Investigation and Prosecution wings of the Lokpal. The rationale for this change was that, freed from the shackles of government control, the investigating agency would be non-partisan and thereby more effective in rooting out corruption. This proposal looked eminently doable in the Statute, but it is obvious that so long as Modi is PM, the Government will not cede control of the CBI powers to the Lokpal. It is also evident that the Lokpal will accept this violation of the Act without demur, such is the untrammelled authority of the PM. At present, the CBI is busy settling scores with the opponents of the ruling regime when it should be attending to its constitutional commitment to root out corruption in Government.

Equally disturbing is this Government’s systematic undermining of the Right to Information (RTI) law which is aimed at tearing down the wall of bureaucratic secrecy behind which governments do their dirty work through misuse of the colonial-era Official Secrets Act. A Rights group recently found that 38 out of 160 posts of commissioners at Central and State levels are vacant. Complaints are burgeoning but commissioners are reluctant to impose penalties even on public information officers who with impunity refuse to divulge information. Major public organizations are guilty of withholding information on matters of public interest. By far the most scandalous cases of refusal of legitimate RTI requests are the RBI’s denial of information on the list of wilful loan defaulters despite the Supreme Court’s verdict in favour of making disclosures, and the Delhi University’s act of demurral on an RTI request seeking to verify the PM’s academic credentials despite the CIC directing the University to disclose the information. The key institution designed to ensure transparency in government functioning and thereby eliminate corruption has been rendered toothless.

Routinised everyday corruption continues unchecked under this regime. A few weeks ago, tucked in the inner folds of a few national dailies was the news that India’s ranking among 180 countries on the Corruption Perception Index 2020 compiled by Transparency International had slipped from 80 to 86. In the corruption index scale, India’s score is worse than the global average as also the Asia-Pacific average. We are behind China that has a rank of 78, but thankfully much above our bête noire Pakistan, graded at 124.

This news comes on the heels of another report – The Global Corruption Barometer (GCB) – compiled by the Transparency International in November 2020. According to the GCB, India has the dubious distinction of the highest bribery rate (39 percent) in Asia and the greatest number of people who use personal connections to access public services (46 percent). Most of the respondents (89 percent) felt that government corruption was the main problem. A large number (63 percent) think that reporting corruption would invite retaliation.

According to the report,” unnecessary bureaucratic red tape and unclear regulatory frameworks force citizens to seek alternate solutions”, an assessment which touches only a fragment of Government’s inimical role in exacerbating corruption. The report has also ignored the venality of our middle-class and business elite – self-righteous, selfish, and conscienceless – who are the prime propagators of this nexus between bribe-taker and bribe-giver. These reports on corruption in India have not turned a hair because in the last few years, corruption as a subject of public concern has dropped off the nation’s radar. Today, there is colossal indifference to what was at one time a burning political and social issue.

The PM, with a penchant for catchy slogans, had promised more governance and less government, but the decision-making is more opaque than ever, which is hardly conducive to free and fair functioning. The pall of fear and distrust have made civil servants risk-averse and unwilling to take quick and bold decisions. But where the “special interests” of the Government are concerned, there are no holds barred. The impunity of government decision-making was there for all to see in the Rafale and Privatisation of Airports contracts. A few intrepid individuals who dared raise the storm signals on blatant irregularities in the Rafale deal were rebuffed by the top court’s highly contentious verdict. Sadly, most institutions have become subordinate adjuncts of the political executive.

The latest reports of Transparency International have touched only the tip of the iceberg. Corruption permeates many aspects of our social and political life and affects us all. But at the present juncture, our angst as a nation has gone beyond bribing and other monetary depredations to a much darker place, the corruption of the nation’s soul. In the dissonance of clashing voices, myriad mutinies and dysfunctional institutions, the greatest concern is the contagion of majoritarianism that threatens our very survival as a democracy. In such a fraught environment, whither the fight against corruption?

(The writer is a retired civil servant)
.