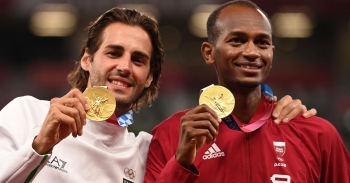 THE POWER OF ONE

Some of you may have seen my latest YouTube Hindi video 1+1=11 (eleven). It is the title of a 2003 Bollywood movie starring Govinda and Sanjay Dutt. You may also have heard the Hindi saying “Akele channa bhar nahin phor sakta” (A single grain of gram cannot break the vessel in which it is being roasted). I do not subscribe to this latter view because I believe in the Power of One.

In the course of human history we had only one Jesus Christ or the Buddha. In the last century we had only one Albert Einstein and Mahatma Gandhi, that India Today magazine described as the greatest path breakers of that century. We also had just one Hitler, Stalin or Mao Tse Tung. Each, in his own way, altered the course of history. So let us not underestimate the Power of One.

1-1=0 is when there is hatred between individuals. The sum total of that relationship is zero. 1÷1=1 is division. We may not necessarily hate others, but we divide them; be it on religious, caste, gender or class lines. Again we don’t progress as the sum total is just 1. In the third equation I have used an x symbol for want of a better one. Here I mean when two persons cross (x) swords, as in sport. In disciplines like badminton, tennis or volleyball there is a net (x) that separates them. Here again there is only one winner, and a loser, so the sum total again is 1x1=1.

The fourth equation is pretty obvious1+1=2. This is symbolic of friendship, as in two friends coming together. Their bond of friendship obviously is stronger than their individuality. Yet, an exclusive friendship, that is closed to others, as most are, cannot expand beyond the sum total of both. It is good, but not good enough to really impact society.

The fifth equation is a sociological one, symbolizing a marital bond. This is not limited to the couple as it is open to bringing more life into the world. So 1 loves 1= 3+; or the old family planning jingle, “We two, our two”.

The sixth equation is the big one where 1 and 1 together =11 (eleven). Here the sum total exceeds its parts. This happens when we bring people together in unity and fraternity. It is never easy, but where there is a will there is a way.

What happened to hate mongers like Hitler? They are confined to the dustbins of history. Their achievements were a big 0. What about divisive forces so prevalent in the current social and political discourse of India? They too will meet their waterloo. See what happened to the great divider, Donald Trump.

I was horrified when on this Independence Day our Prime Minister declared that henceforth every 14th August (incidentally Pakistan’s Independence Day) would be commemorated as Partition Horror Day. This is nothing but the opening of old wounds, for immediate electoral gain; though at the cost of destroying the delicately woven social fabric (tana-bana) of the nation. This is shameful. What if Pakistan now declares our Bangladesh Vijay Diwas as its version of Partition Horror Day? There is no end to such divisiveness. Indeed like 1÷1=1 it will not take its proponents very far.

Now to the third equation, 1x1=1. By its very nature competitive sport or electoral politics produces only one winner; so there is no forward movement.  Yet there are exceptions. In South Africa, Nelson Mandela introduced a Reconciliatory Commission. There were two beautiful instances from the recent Tokyo 2020 Olympics. Its motto of “Faster, Higher, Stronger” has been expanded to include “Together”. It changes the complexion of competitive sport.

The first instance is of Neeraj Chopra, our gold medallist javelin thrower. Some unscrupulous, divisive elements spread the canard that his Pakistani competitor Arshad Nadeem had tried to sabotage his equipment. Neeraj was livid and denounced this mischief, saying that they were competitors, not gladiators, gunning for each other’s throats.

An even more telling example was from High Jump. Two good friends, Gianmarco Tamberi of Italy, and Mutaz Essa of Qatar were tied for first place. Finally Essa requested the judges to declare them as joint winners. The judges were touched and awarded gold medals to both of them. This was sportsmanship not competition. There was no loser, only two winners, what management gurus describe as a Win-Win situation.

The above is a fine example of the fourth equation 1+1=2. True friendship entails seeing the other person’s interest, not just one’s own. However, such friendships tend to be exclusive, not allowing others to enter that space. So again it has a limited impact.

The fifth equation, if at all it can be called mathematical, is that of multiplication. It is a relationship that is expansive, in the form of children. We are moving forward; though here again most families would be inward looking and not thinking of the greater good. For example, producing a large family could further one’s personal interest but be detrimental to society.

This brings us to the sixth and final equation; that of uniting all people for the common good. Its impact far exceeds the sum total of its parts. It is a force multiplier. This Fraternity was the battle cry of the French Revolution. It is echoed in the preamble of India’s Constitution. It is also the opening word of Pope Francis’ October 2020 encyclical “Fratelli Tutti”.

This March Pope Francis went on a pilgrimage to Iraq. I quote from his speech on 6/3/2021 at Ur, the birthplace of Abraham, equally revered by Jews, Christians and Muslims.

“There will be no peace without sharing and acceptance, without a justice that ensures equity and advancement for all ... There will be no peace as long as our alliances are against others ... as they only increase divisions. Peace does not demand winners or losers, but rather brothers and sisters ... Anyone who believes in God has no enemies to fight. He has only one enemy to face ... hatred. Those who follow the ways of God cannot be against someone, but for everyone ... It is up to us to turn instruments of hatred into instruments of peace”. I daresay that I am on the same page as our dear Pope Francis.

I end with the concluding prayer of Jesus, shortly before his crucifixion. “May they all be one” (Jn 17:21). Of this unity the psalmist had earlier proclaimed “How good, how delightful it is to live as brothers all together” (Ps 133:1). The apostles Peter and Paul also eulogise this fraternal love and unity.

“Finally, you should all agree among yourselves and be sympathetic; love the brothers, have compassion and be self-effacing” (1 Pet 3:8). “Take every care to preserve the unity of the Spirit by the peace that binds you together” (Eph 4:3). Words of wisdom.

Of the six equations that I have expressed which one do we choose? Do we want to be remembered as agents of unity or hate and division? The choice is before each one of us to exercise the Power of One.

•    The writer is the Convenor of the Indian Catholic Forum. He may be contacted at noronha.kp@gmail.com