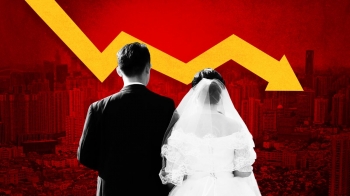 THE TEACHER & THE PEON

Tubal Cain was a man of might
In the days when the earth was young.
Tubal Cain faded into the twilight
By the queen bee he was stung!

The first two lines of the verse are from a poem that I recall from childhood.  The second two lines are my own creation in adulthood.  Who was Tubal Cain anyway?

If we take the Genesis account of creation literally, then he is the seventh generation offspring of Adam and Eve, the son of Lamech and Zillah.  He is described as “the ancestor of all who work copper and iron” (Gen 4:22).  He is therefore believed to be the first iron smith or metallurgist, a profession that required immense physical strength.

Why then has Tubal Cain faded into the twilight, and who is the queen bee that stung him?  As the human race evolved into a patriarchal society, it was characterized by male physical strength – that of the iron smith, the warrior and the hunter.  Where are they today?  Brawn has been replaced by brain.  One does not require physical strength to be a metallurgist.  Nor to press a button, to release a missile or a weapon of mass destruction. Not even for meat. You can pick it off the shelf in a supermarket or a butcher’s shop.  The physical strength of Tubal Cain has become redundant.  He has faded into the twilight.

What is the role of the queen bee - the feminine?  Men are inclined to work in short bursts of intense energy.  After that they need to rest or take a break for a cigarette.  This attitude is even expressed in male sexuality.  In contrast the queen bee, the female psyche, is more disposed to diffused and sustained energy, again also characterized in their sexuality.  The modern world is more attuned to diffused and sustained energy, be it the operation of a computer or a factory assembly line.  The man soon gets bored as he seeks novelty, but a woman can continue pursuing the same monotonous action without ennui.

This is one of the reasons that many employers prefer women.  They tend to be more loyal and persevering, not seeking change and novelty the way men do.  The queen bee has triumphed over Tubal Cain, reducing him to a mere drone.

As a natural consequence woman today are in many areas better employed than men.  Going by the results of public exams, they are also doing better in education.  The bottom line is that, given equal opportunities in both education and employment, the feminine is the stronger sex.  Verily, Tubal Cain has faded away.

These changed equations have had a huge impact on the marriage market, and get accentuated further in small communities, like the Catholic Community in India.  In my previous article I had referred to the book on Mixed Marriages (MMs) in the Agra Ecclesiastical region by Rev Dr. Maxim D’sa.  He had identified 28 factors that result in MMs.  I will dwell on just two – education and employment.

My first experience of Gender Disparity (GD) in the Catholic community is when I was working in then Bombay in 1971-72. I was then living in Vakola, Santacruz (E) that had many slums.  I was active in the Legion of Mary and made weekly visits to those living in the slums.  I was surprised to find many families with house-husbands.  The women were away in the Gulf region, mostly working as housemaids, and sending money home.  How much of that money was spent on the home or on booze was a moot question.  The woman had become the provider and the man the dependant.

A few years later I became the Founder Secretary of the U.P. Regional Youth & Vocations Bureau.  One of my first observations again was of GD.  The girls were far better educated and gainfully employed than the boys.  There were reasons for this, other than what is applicable across modern society.  The girls studied in convent schools/hostels, where they got personalized attention from the sisters.  In contrast in parish schools/mission hostels, there was usually just one priest and possibly a seminarian doing regency, to minister to them.  It was never the same.  So girls easily outperformed the boys of the miniscule community.

Then came employment.  At that time church-run institutions were the major employers of youth.  Most Catholic institutions stopped at Class 12.  At that point a girl could get admission for teacher’s or nurse’s training and get gainfully and respectfully employed; both in church run institutions and outside.  What of the boy who had passed Class 12?  At most he could get a job as a peon or a driver, unless he was lucky enough to go to a technical institute run by the Salesians.

The sum total was that the girl was a teacher at a desk in a classroom, while her brother was employed in the same institution sitting on a stool outside the Principal’s office.  A further consequence was that the girl had a higher emotional quotient than the boy. I know times have changed and both job and educational opportunities have increased.  Yet the GD is still very marked.  This is evident again in parish choirs and youth groups.  The girls vastly outnumber the boys.

This obviously has a disastrous effect on the marriage scenario, resulting in 50% MMs in the community, as we have seen earlier.  It also results in frustration and resentment among the boys, in turn leading to anti-social tendencies.  A vicious circle.  Strange though it may seem and maybe possibly politically incorrect; but my experience says that the church in its pastoral planning, has to make a conscious effort to win back its young men.  It must be a pastoral priority.

This GD obviously has a huge impact on choosing a life partner, and the resultant high percentage of MMs.  There is another factor that has emerged in modern times.  It is what we call the Office Romance.  People working together get attracted to each other and choose to marry, regardless of religion or other factors.  This has its own inherent dangers. Why?

Because at the workplace one is performing a role, not being one’s self.  One cannot fart or burp at work, let one’s hair down or put one’s legs up.  The worker is role playing; hence the true self is not revealed.  A worker who is objectively calm with his/her colleagues at work, may be subjectively short tempered or insensitive at home. This is human nature. So in office romances, the dark side of one’s personality is not revealed.  This again is reflected in social media profiling, where one puts one’s best foot forward. Making life choices based purely on office romances or social medial profiles could be fraught with danger.

Youth animators, family counsellors, parents and pastors need to understand these changed equations to help young people make the correct choice in life.  For Tubal Cain has faded into the night, as have knights in shining armour. And teachers and peons are a horrible mismatch.