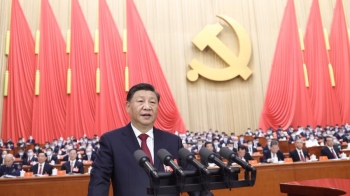 The Xi Jinping Story: The Making of a Dictator

With the election of Xi Jinping as the General Secretary of the Communist Party of China (CPC) for a third consecutive five-year term by the new Standing Committee on October 23, 2022, the Xi era, an era of totalitarianism in China has possibly begun. The world did have a foretaste of what is to come when former Chinese President Hu Jintao was forced out of the closing ceremony of the Congress of the CPC, where he was seated beside Xi Jinping, for reasons that China refuses to divulge. Was Hu Jintao the sole dissenting voice in the Congress that amended the CPC’s constitution with a hundred per cent vote to honour Xi Jinping with the title of the ‘core’ leader elevating him to the status of Mao Zedong and Deng Xiaoping? The CPC insists that all members of the CPC should “closely unite around the Central Committee with comrade Xi Jinping as the core.” A ‘core leader’ has absolute authority and cannot be questioned.

After Mao Zedong, Xi Jinping is the first leader to be elected for a third term as the General Secretary of the CPC. In fact, after having completed his two five-year terms, he should have stepped down as the General Secretary during the twentieth Congress of the party in 2022, but he did not because he had made himself indispensable in the CPC by redrafting the rules of the game to suit his personal advantage.

Despite crossing the official retirement age of 68 and completing a 10-year tenure, on October 22, 2022, the 69-year-old was elected to the 380-member Central Committee of the Chinese Communist Party – the political body that constitutes the high-ranking leaders of the party – by the CPC’s Congress that comprises 2,296 delegates from all over the country.

Xi Jinping, who was once a victim of the totalitarian communist regime of Mao Zedong, today has come to enjoy power and status like that of his tormentor. In fact, Xi Jinping’s has been an incredible journey. His family suffered much during the ‘Great Proletarian Cultural Revolution,’ known popularly as the ‘Cultural Revolution’ – the socio-political movement launched by Mao Zedong in the People’s Republic of China in 1966 and continued until his death in 1976. In the name of the Cultural Revolution, Mao tried to cleanse Chinese communism of its capitalist and other so-called unhealthy influences of Chinese tradition. Mao went after Xi Zhongxun, one of the first generations of Chinese communist leaders and the former’s adviser, just as he went after many top Chinese leaders of the time who were regarded as traitors of communist ideals. After Xi Zhongxun was accused of heading an ‘anti-party clique,’ along with his entire family, he was humiliated and tortured by Red Guards, cadres of young and firebrand Mao loyalists. One of Xi Zhongxun’s two sons, Xi Jinping, aged 15 was sent along with numerous educated youths to work on farms in the Chinese countryside where they were expected to get re-educated by the poor. Two years after the death of Mao in 1976, Xi Zhongxun was rehabilitated and reintroduced into the communist leadership by Deng Xiaoping, the de facto leader of the People’s Republic of China from 1978 to the early 1990s. He was fortunate to rise later to the position of Vice Premier.

Instead of becoming bitter and turning himself into a rebel, Xi Jinping reinvented himself as a fervent communist through his re-education experience. He talks of his tough experience on the farms as a time that shaped his understanding of Chinese politics and the dynamics of power. He learned that by adhering to the very communist system that not only wrecked his early life of privilege but also ruined his family, he not only could survive but also succeed in life. Therefore, on his return from his ‘re-education programme’, Xi Jinping wanted to join the Communist Youth League of China (CYLC), the youth wing of the Communist party that initiates youngsters into Communist party politics. Being the son of a once-tainted leader, he had to apply eight times for membership before his application was finally accepted. His membership in the CYLC did not make his membership in the CPC easy. He had to apply 11 times for his membership in the party. After he entered formal party politics, he rose rather quickly through the ranks of the Chinese Communist Party.

At the 18th Congress of the Communist Party of China (CPC) in 2012, Hu Jintao who served as the General Secretary of the party for two terms from 2002 to 2012, and as the President of the People’s Republic of China for two terms from 2003 to 2013, stepped down as the General Secretary. His act of handing over the batons of the General Secretary and the President post was in accordance with the limit of two terms for the Secretary and the President set by the former leader Deng Xiaoping in 1982. The two-term limit was introduced as a safeguard against the possible emergence of the regressive personality cult, one-man rule and totalitarianism that can happen when a dictatorial leader continues to enjoy unwarranted administrative power. From the example of Mao Zedong, the founder of the CPC and the first one to become the General Secretary of the party for the third time, the Chinese learnt the dangers of personality cult and totalitarian leadership.

In the race for the office of the General Secretary of the CPC in 2012, defeating Li Keqiang, the then Vice Premier, Xi Jinping made it to the coveted chair. Soon after assuming office, by means of his ‘Eight-point Regulation,’ he tried to do away with the culture of waste and corruption in the functioning of the party which in turn helped him to root out all political opposition or potential rivals from the party, and centralise power. This was a strategy that Mao followed by launching anti-corruption campaigns to purge the party of political rivals and establish his absolute power over the party. In 1951, Mao launched a campaign against three crimes – wastage, corruption and bureaucratism – which is referred to as the ‘Three-anti Campaign’ and targeted the members within the CPC who either became or were suspected to have become close to the capitalists. In his campaign against five crimes – bribery, theft of state property, tax evasion, cheating on government contracts, and stealing state economic intelligence – called the ‘Five-anti Campaign’ launched in 1952, he targeted the capitalist class. His misguided socio-political experiment called ‘The Great Proletarian Cultural Revolution’ started in 1966 and continued till his death in 1976 was his successful but misguided effort to reassert his control over the party.

Xi Jinping who learned important lessons from Mao’s style of governance emulates the latter in many ways. No wonder that by the time Xi Jinping completed his first term in office in 2017, he gained complete control over the party. During the 19th Congress of the party held in the same year, Xi Jinping ensured that his ideology known as ‘Xi Jinping Thought on Socialism with Chinese Characteristics for a New Era,’ commonly referred to as ‘Xi Jinping Thought’ was made part of the constitution of the party. In 2018, it became part of the Constitution of the People’s Republic of China by means of an amendment to the preamble of the Constitution.

Xi Jinping became the General Secretary of the CPC and the President of China at a time when the party was concerned about its uneasy grip on the growing private sector, the Chinese economy and the infiltration of Western values. Once in power, while he established CPC’s power over every sphere of life in China, he also established his control over the party, the government, and the country. With the noticeable decline of the influence of the Western democracies, especially of the United States, on the rest of the world, he was convinced of the scope of China to wield its influence on the world with its possible authoritarian governance.

Xi Jinping who considers his predecessors as weak leaders and believes that strong leadership is the need of the hour, embodies the perfect formula for the making of a supposed strong leader. He has unquestionable absolute power in hand; he has the advantage of heading a single-party political system; and he has no political rival, an enviable scenario that not even Mao Zedong enjoyed.

During the Xi Jinping era, especially between 2012 and 2019, the Chinese economy more than doubled from $8.53 trillion to $17.73 trillion. His dream is to make China the largest economy in the world surpassing that of the United States, transforming China from a manufacturing economy to a more service and consumption-based economy.

In the meantime, the impact of Covid-19 pandemic and China’s zero-Covid strategy, the crisis in the real estate sector, the roadblocks faced by the Belt and Road Initiative (BRI), the government’s regulatory crackdown on tech companies, increased budgetary allocation on defence spending, the growing rate of unemployment, and the alarmingly falling rate of birth and rising rate of ageing people are major concerns. All of them have contributed significantly to denting the growth rate of the economy. As per the prediction of the International Monetary Fund, China’s GDP growth will remain at 3.2 per cent in 2022 and 4.4 per cent in 2023. After all, as the American businessman and author Robert Kiyosaki says, “History reminds us that dictators and despots arise during times of severe economic crisis.” Today, the market is concerned that with too many loyalists of Xi Jinping in the CPC’s administrative machinery, President Xi Jinping could unilaterally initiate policies that are unfriendly towards the market. As he emerges as a force to reckon with, the world is waiting with bated breath to see how he will deal with it as he assumes the office of the president for the third time.