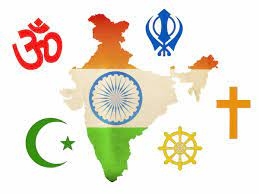 Too Much of Religion, Too Little of Ethics!

India is a ‘religious country’. That is what Indians strongly claim to be. This is exactly what Indians want the whole world to blindly believe, too. Observably, a considerable number of people in other countries do acclaim India so. And without a doubt, the claim deserves to be granted, from various angles.

But, in point of fact, does the way Indians behave in their day-today lives really reflect the ‘ethical fibre’ that befits having a religion? In other words, does religion and religions in India match up ‘ethics and values’ in life? Still further, does the outcome of religion justify its outsized volume in India? This is the pointed question around us right now.

The India of today homes almost all the major and minor religious traditions of the world. Believers of all religions are seen profusely indulging in a great deal of dogmatic professions, rituals, fasts, pilgrimages and other observances, very ceremoniously and scrupulously, too.

Places of worship of all religions have filled India with a powerful ‘religious aura’. Temples, masjids, churches, gurudwaras, vihars, ashrams and shrines have occupied the chunk of the country, even illegally, and they have a lot of riches, much more than what they really require.

The places of worship are the mighty seats of the wardens of the respective religions, who seem to be more influential than gods and goddesses, even God almighty. The ceremonial rituals being performed over there make them relevant and powerful, in terms of incalculable money and power.

The contribution to the gods and goddesses Indians make in gold, silver, cash and kind put together would be more than enough to purchase perhaps another country. The amount of time Indians spend in the name of religion is beyond calculation, even at the cost of work.

For all the religious engagement with the gods and goddesses Indians are accustomed to indulge in, they deserve to be entered in to the ‘Guinness book of world records’, breaking the records of the entire world, may be for all times.

In a deeper analysis still, India is a unique country that brims forth with an inescapable ‘religious air’. Even the original inhabitants of India, the pre-Dravidian people, called the Adivasis or Scheduled Tribes’, had their primordial belief systems, like animism, totemic perception and nature worship.

The Vedic tradition, along with its derivative traditions of Jain, Buddhist and Sikh, has a heap of ritual content, highly tedious and bothersome, that has made the respective followers heavy-laden. The religious traditions that have come in from other countries entertain lots of theories and observances, too.

The high propensity for religious engagement in Indians make them indulge in pooja, ibaadat, arz, argya, prayer, saadhna, fast and sacrifices, both at worship places and at home. Public places, even roadsides, also are not spared of religious idols and devotions.

The calendar of the year is highly scheduled with religious festivals, so much so that India has the highest number of holidays in the world, along with their corresponding religious observances. Almost all public functions are sandwiched with invocations and rituals on either end, too.
Further, markets thrive with religious statues, pictures and other materials. The religious industry immensely contributes to the economy of the people. Most rivers are considered holy and they accumulate the periodic refuse of statues of the gods and goddesses, including dead bodies, along with toilet waste.

The places of worship and the markets are extra-ordinarily crowded up with people, religious music and noise, especially at festivals, so much so that senior citizens and students in special are profusely disturbed for nothing. The auspicious time of marriage processions often match with sleeping hours, no matter legal prohibitions. To say the least, religion in India is a vibrant reality, right or wrong and useful or harmful.

But, on the other hand, there is a very high ‘deficit of ethics and values’, in both private and public life. While there is a lot of ‘parrot-like’ repetition of top ideals and doctrines, most of it does not seem to come to the ground as a day-to-day reality. There seems to be little commitment to living what is preached or professed. The ‘contradiction between theory and practice’ puts on show a high degree of ‘hypocrisy’.

‘Satyamev jayate’ is the supreme motto of the nation. But, ‘half-truths and even full lies’ seem to have hijacked the motto of the nation. It has been tragic that the commons are innocently inclined to mostly swallow up the lies, both religious and political, not knowing what is what. ‘Scientific temper and rational thinking’ is a rare commodity, both in the religious and political sectors.

‘Corruption’ is rampant in all areas of life, both private and public. Human lives have been very much reduced to a ‘game of money and power’, which explains the all-round infliction of dishonesty in life. Corruption is not just a matter of money. It is basically a ‘perversion of thinking’, which affects the entire gamut of life. When salt loses its flavour, it is just useless. That is vastly true about religion.

In spite of the sublime ideal of ‘nishkaam karm’, a ‘culture of work’ is significantly weak, along with a sense of uprightness. ‘Need or greed and fear of punishment’ seem to run the show, all the way through. If the boss or police is not around, most of the people have hardly any hesitation to take law into their hands.

Due to the firm grip of a Himalayan heap of ‘superstitions’, an appallingly large number of Indians are ‘blind’ as regards faith, while faith, in fact, is supposed to open the minds. No wonder, around 60-80 percent of the people seem to be communal, fanatic and intolerant as regards religious matters. Moreover, they are ignorant, disinclined or indifferent to people of other communities, of faith or whatsoever.

‘Discrimination and division’ seem to have been in the main stream tradition of India, from time immemorial. Caste, class, creed, culture, gender, language, ideology, social mores, food habits, dress pattern, and the like, have been the basis of ‘bias’ against the other. The fact that the discriminative policies and practices have been mostly considered normal and justified is the worst part of the story.

In sum, even the scrupulous, fanatic, extreme, exclusive and communal engagement with religion, along with all rigid religious attitudes, behaviours and beliefs, do not seem to contribute very much to the quality of day-to-day life. This is the irony of the reality of the religious country, unfortunately so. It appears that ‘India is suffering from religion’, if we could say so.