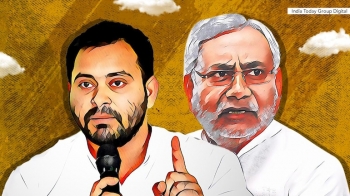 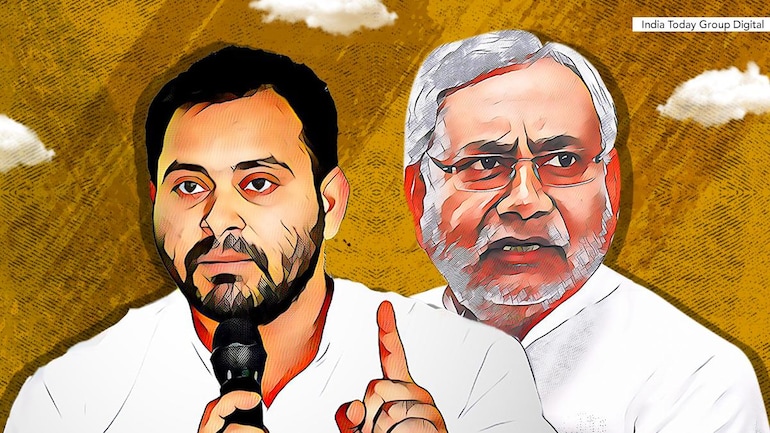 Although the Mahagthbandhan could not capture power in the closely fought election in Bihar, Tejashwi Yadav set a new tone for the political discourse not only in Bihar, but also in the context of India. It is a shift from identity politics to the issues faced by the people. He could mobilize and energize the youth of Bihar on the issue of unemployment. The Bihar election also shows that highly divided opposition political parties can come together and fight against the formidable BJP, if they agree on a common minimum programme in order to solve the crucial problems of the people. The RJD led Mahagathbandhan under the leadership of Tejashwi Yadav could give a tight fight to the NDA, though it could not get the magic number of 122 seats.

The BJP has been winning elections since 2014 mainly by appealing to a mix of majoritarian and communal politics. The opposition parties failed to present before the people of India a different paradigm. On the contrary, the Congress party often attempted to resort to soft Hindutva to outwit the BJP; but it miserably failed in outsmarting the BJP in a game in which it has gained mastery. The Aam Aadmi Party under the leadership of Arvaind Kejriwal could bounce back to power in Delhi Assembly election at the beginning of 2020 because of its sterling performance in the areas of education and health. Unfortunately, it appears that Delhi Chief Minister Kejriwal is also succumbing to the temptation of adopting the majoritarian and communal politics followed by the BJP.

In a video message released on 4th November, the Delhi Chief Minister said that he would lead his team of ministers to conduct a Lakshmi puja and urged all citizens of Delhi to do the same in their homes stating that it would aid the development of Delhi. The message clearly indicates the soft-Hindutva that Kejriwal and AAP have been peddling.

For the time being the BJP seems to be unbeatable. Besides increasing its seat share in Bihar Assembly considerably and becoming the largest party within the NDA with 74 seats, it could win 41 out of the 59 by polls held in different states of India. It made a clean sweep in Gujarat, UP, Telangana and Karnataka. It could win 19 seats in Madhya Pradesh whereas the Congress got only 8 seats.  Out of the 41 seats it won in the by polls 31 are at the cost of the Congress.

Within the Mahagathbandhan in Bihar, the worst performer is the Congress. The RJD won 75 seats out of the 144 seats it contested and its strike rate is 52%; it emerged as the largest party in the Bihar assembly. The strike rate of the left parties is 55%. They could win 16 out of the 29 seats they contested. But the Congress could get through only in 19 seats out of the 70 seats it contested, with a very poor strike rate of 27%. It is reported that the Congress did not make a concerted effort in the Bihar election. Rahul Gandhi campaigned only for four days and no other national level leaders, including Priyanka Gandhi, campaigned in the Bihar election. It was a decisive opportunity for the Congress to show its determination to fight against the BJP.

The Bihar election clearly sends the message that people of India want change, a change that focuses on the issues of improving living standards, job creation, availability of quality education, protection of women etc. The second message from the Bihar election is that the BJP is not non-stoppable. If the opposition parties come together on the basis of an alternative agenda of people centred development, they can give the BJP a tough fight. At the same time, people do not find a credible alternative at the all India level. The opposition parties in India, especially the Congress, miserably failed to present themselves as a reliable alternative to the BJP with an appealing alternative progamme of development.

In spite of the grave governance failures of the BJP like demonetization, badly planned GST implementation, unplanned lockdown in the wake of the pandemic Covid 19 that caused untold suffering to the people the victory of the BJP in the elections continues because of the lack of unity among the opposition parties.  They are ineffective in communicating to the people the damage that is being caused to the nation by the divisive and destructive policies of the BJP.

The two challenges before the opposition parties in India are unity among them and countering the wrong policies of the BJP. The opposition unity cannot be achieved in the absence of a leading political party or an acceptable leader. Because of its pan Indian presence the Congress has the opportunity as well as the responsibility to take initiative to forge a credible opposition alliance not only to fight elections but also to challenge the anti-people and anti-democratic policies of the BJP government. Forming a ragtag alliance just a few months before the election after a long skirmish on seat sharing, will not be sufficient for the opposition parties to take on the BJP with its steely election machinery in terms of finance and manpower. Preparation for the election by the alliance should be the culmination of a well planned and deftly executed strategy to expose the hollowness of the policies of the BJP. Similarly the opposition parties have to realize that personal attacks on PM Narendra Modi can only bring negative dividends. What is required is exposing convincingly the failures of the BJP government with facts and data.

The Congress party has a great obligation to the nation. As a responsible political party it should be ready to play its role as a ruling party as well as a dynamic opposition, which it has failed often. As an opposition party it awaits the anti-incumbency to defeat the ruling party so that it can come to power. It is being proved increasingly that the strong political footprint of the BJP in most parts of the country and its large army of committed cadres are capable of negating anti-incumbency, in spite of the failures of the BJP governments in many states. Hence the Congress has no alternative other than transforming itself into a vibrant opposition party by building committed cadres. The Congress failed to build up the party when it was in power from 2004 to 2014 and it is paying the price for its negligence.

Even after its total rout in the 2014 Lok Sabha election it refused to make introspection and rebuild the party. Many political analysts brought to the attention of the party leadership the urgent need for reinventing and rejuvenating the party, but it did not happen. After a long gap of indecision the top leadership was handed over to Rahul Gandhi; his efforts to rebuild the party did not bear much fruit and the party had to face the second consecutive debacle in 2019 Lok Sabha election. Taking the moral responsibility for the humiliating defeat of the party he resigned the party leadership. He declared that no one from the Gandhi family would take up the top leadership of the party. Again there was a crisis, as the party remained without a president for a few months and finally Sonia Gandhi was anointed as the interim president in August 2019 with the expectation of electing a full time president within a short period.

Unfortunately, there was no move to elect a full-time president for about a year. Rahul Gandhi continued to refuse to accept the post of the president. At the same time he continued to play a prominent role in the decision making process. Against this backdrop 23 prominent Congress leaders wrote a letter to Sonia Gandhi on 24th August, demanding sweeping changes in the party. The letter called for a full time and effective leadership which is both visible and active in the field; elections to the CWC; and the urgent establishment of an “institutional leadership mechanism to collectively guide the party’s revival. The letter also pointed out that the uncertainty over the leadership and the drift in the party had demoralised workers and weakened the party.

Instead of accepting the letter as an invitation for the revival of the party, the party leadership branded them as rebels. The Congress Working Committee requested Sonia Gandhi to continue as the president. The CWC gave an indirect warning to the leaders who wrote the letter. “The CWC makes it clear that no one will be or can be permitted to undermine or weaken the party and its leadership at this juncture,” said the CWC resolution, sending a strong message to dissenters.

The moribund Congress party continues without any hint for solving the leadership crisis and its revival. Narendra Modi had predicted a “Congress mukt Bharat” while campaigning for 2014 election. More than the BJP the Congress itself seems to be responsible for making it irrelevant because of the reluctance of the leadership to rebuild the party. A party that does not practice internal democracy has no right to speak about the failure of democracy in the country. A party that is incapable of solving its leadership crisis will not be able to build an alliance with other opposition parties. Because of its leadership crisis the Congress party’s credibility and morale of the party workers are being eroded.

The Bihar election has vindicated that people of India, especially the youth, can be mobilized on issues affecting them in spite of the attraction of the majoritarian and divisive politics of the BJP and a combined opposition can effectively challenge it. But the million dollar question is whether the opposition parties are ready to come on a common platform; whether the Congress party is ready to wake up from its slumber, rebuild itself and give leadership to building a credible opposition alliance.