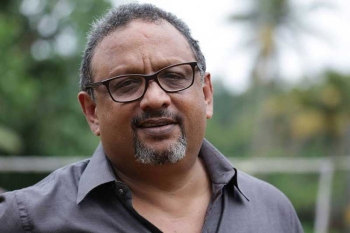 Twists and Turns in Narada Scam

Everything is fair in love, war, politics and profession, is the latest modified and applicable phrase in the Indian context. In the Narada scam in West Bengal, four TMC leaders have been arrested by the Central Bureau of Investigation (CBI) and two stalwarts allowed to go scot-free because they joined BJP.

While a city court, where the accused were virtually produced, granted them interim bail, the Calcutta High Court has issued a stay on the order after the counsel for the CBI filed an appeal. The four leaders — Firhad Hakim, Subrata Mukherjee, Madan Mitra and Sovan Chatterjee – have been sent to custody.

Earlier, as news of the arrests broke, Chief Minister Mamata Banerjee had rushed to the CBI office and remained on the premises for almost six hours. She had dared the CBI authorities to take her into custody.

The Narada tapes, which were allegedly shot some time in 2014, were made public in 2016, months before the State went to the polls then. The purported videos showed about a dozen Trinamool leaders, including MPs and Ministers, accepting cash on camera from an operator of a fictitious company. A case was registered on the basis of an FIR under Section 120B of the IPC and Sections 7, 13 (2) r/w 13 (1) (a) and (d) of the Prevention of Corruption Act. While CBI initially arrested IPS officer SMH Mirza, he is currently out on bail. In March 2017, the Calcutta High Court directed the CBI to probe the tapes. The agency filed an FIR against 13 persons in April, 2017, including the four persons arrested now.

The Trinamool Congress described the arrests as “political vendetta” and questioned why BJP leaders Suvendu Adhikari and Mukul Roy, who were named in the FIR, had not yet been arrested. As party supporters staged a demonstration outside the Raj Bhawan, Governor Jagdeep Dhankhar, in a series of tweets, said there was “lawlessness” in the State. He pointed out to the Chief Minister the “repercussions of such lawlessness and failure of constitutional mechanism.”

Meanwhile, the CBI has sought transfer of the case outside the state, alleging that Chief Minister Mamata Banerjee and her leaders are ‘obstructing CBI officials from carrying out their duties’.

However, Mamata Banerjee asserted: "We are at a loss to understand how the Governor of a state can direct CBI to arrest someone when the law does not permit him to do so. Shamelessly, the Governor of the state is acting as a mouthpiece of BJP and is functioning at the whims of Prime Minister Narendra Modi and Union Home Minister Amit Shah. He is biased and politically motivated."

Previously, the state government had initiated its own probe which booked Mathew Samuel, who carried out the sting operation and published it in Narada News portal, under multiple sections of IPC 469 (forgery to harm reputation), 500 (defamation), 120(B) (criminal conspiracy) etc. On August 5, 2016, the High Court had stayed the state probe for ad infimum, observing that the police cannot run a concurrent investigation along with a court-monitored probe.

Mathew Samuel, the man behind the sting operations and owner of Narada news portal, reveals the backroom story of West Bengal scam and the risks involved in Investigative Journalism. The man behind several exposures through sting operations, like Operation West End, Hansie Cronje Cricket scam, Robert Vadra’s land scam and several other cases, Samuel shared his viewpoint with Indian Currents. While interacting with Manoj Varghese, he stressed upon the passion and guts required to carry out the investigation on such VIPs.

Tell me something about the Narada News portal.

In 2013, Tarun Tejpal stepped down from Tehelka after bringing in a bad name for the Media House. The Management offered me the position of Managing Editor and was given the task of restoring the revenue and overcoming the pro-BJP image of Tehelka. While we were working on some story in MP and HP, the Sharada scam in WB had come to the fore involving eight TMC leaders, whose names figure in the present scam too. The then JMM MP, K D Singh, who holds the major chunk of shares in Tehelka assigned me the task of exposing TMC with a budget of Rs 25 lakhs, which was increased to 80 lakhs with the advance of time. Once the story was done, he refused to publish it as by that time he had switched over to TMC. We kept persuading him for almost two years, and finally had to say goodbye to Tehelka. In March 2016, we launched the Narada News portal in English and Hindi, providing a platform for such exposures.

Brief us about the WB Bribery case investigation.

The task was assigned to us in February 2014, and a 52-hour footage was submitted to Tehelka office in April 2014. We floated a fictious company by the name Impex Consultancy Solutions and approached several TMC leaders for favours against payment. I pretended as Santosh Shankaran, owner of the company, and made fictitious deals with almost 12 TMC leaders. Once the news was flashed on the Narada News portal, the WB Govt came into action and made several charges against us. In the meantime, we filed a PIL in Calcutta High Court and a CBI inquiry was ordered. I was asked to submit the footage and necessary documents in the court, which were verified and accordingly the probe was ordered.

Are you happy with the arrests in WB scam?

I am literally happy with the move, but not satisfied with the leaving aside of Suvendu Adhikari. Justice would be imparted only if all are arrested and convicted despite their association with any political party. Since it’s a High Court-monitored probe by the CBI, a fair investigation and timely justice is expected. The court has acquitted me of all charges levelled by the WB Government. In all the previous exposures too, the courts have appreciated our role in providing the documentary evidence to convict the guilty.

What happened to the Bofors scam or for that reason the 2G and 3G scams, all of them have been dismissed for want of evidence. There have been only allegations, and the trials fell short of any conviction in the absence of genuine proof. Whereas investigative journalism provides a means to nail the culprit with evidence. As per the Supreme Court, such sting operations are legitimate, provided they are not being used for blackmailing or for personal benefit. Video footage is a good documentary evidence for Investigative Journalism. Plot is a malicious tool used to defame someone or to gain personal gains. Almost all our sting operations have led to the conviction of the culprits. In the Operation West End, Bangaru Laxman, Jaya Jaitly and all military generals were convicted. Investigative Journalism is for those who are passionate, daring and adventurous; and certainly it has a lot of scope.

How did you expose the Gospel for Asia fraud?

One of the ex-employees of GFA, now settled in USA, approached me to carry out a detailed screening of funds received by the Believers Church. The deal was struck for a payment of Rs 10 lakhs. I joined GFA as a PRO for a salary of Rs 1.30 lakh per month and got access to their documents. On the other hand, I procured all the land related government documents through RTI and revealed the startling variations. GFA received Rs 6,000 crore from abroad for charity under the Foreign Contributions Regulation Act (FCRA). The money was used to buy properties, real estates, involving huge financial scam and violation of FCRA. Their Bridge of Hope was feeding only 5,000 against the claim of over one lakh children. Based on the charges, the US court penalized GFA to pay Rs 287 crore. On exposure, they offered me Rs 10 crore for a settlement, which I refused. Later, the Income Tax department too raided them.

What is your personal take on the charges that you provide women to procure the documentary evidence and the audio tape going viral of a sexual chat with a former Kerala Chief Secretary?

Sting operation is all about procuring stories with evidence. Sexual talks could be a part of the bigger picture to expose corruption. In the audio, the said lady is mentioning about the sexual talks the CS had with her, and I have not uttered anything or propagated it. Any such allegations and threat to life are part and parcel of Investigative journalism.