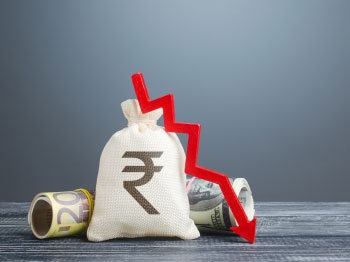 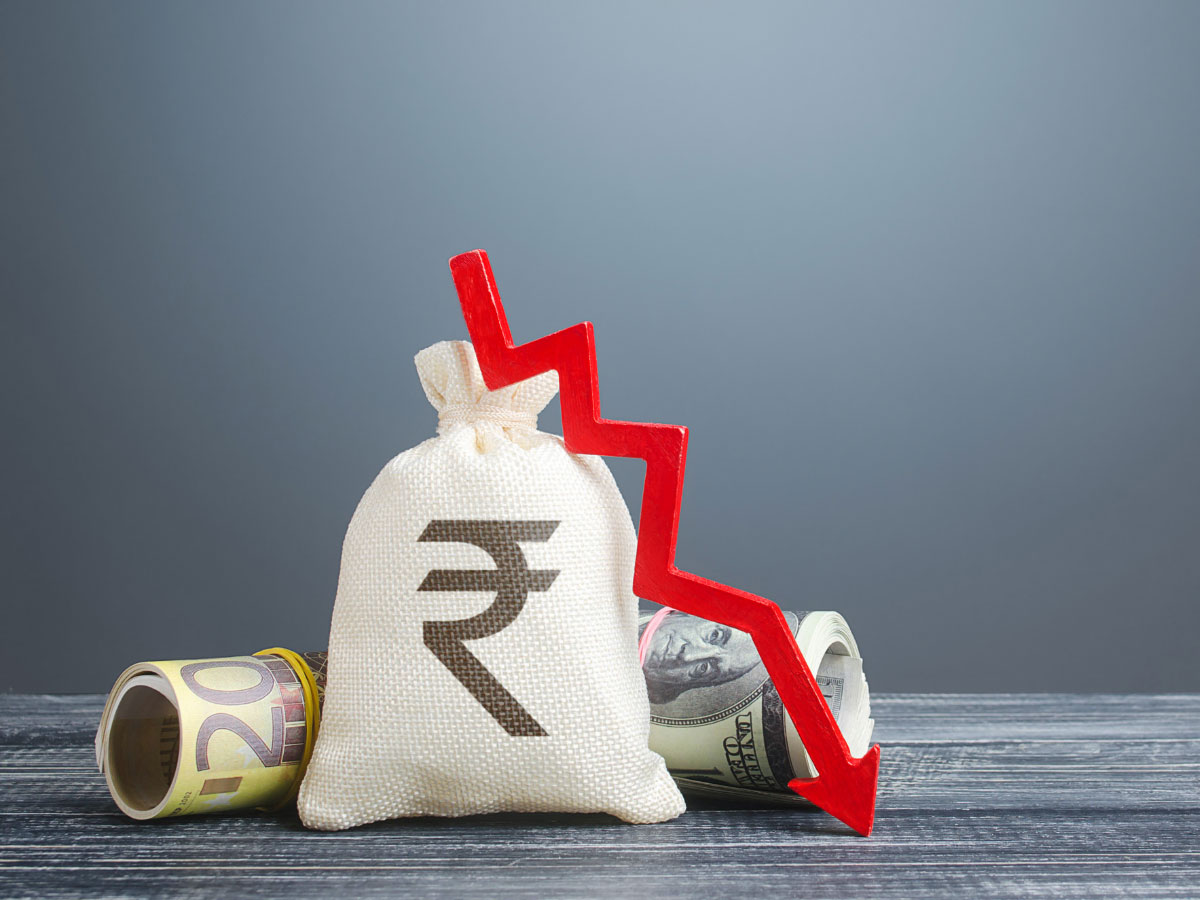 As per the International Monitory Fund’s (IMF’s) 27 July 2021 data in its World Economic Outlook (WEO) report, after the outbreak of the Covid 19 pandemic, the world economy was expected to grow by 6% in 2021 and 4.9% in 2022 even though the growth would be uneven across countries. Just as the world economy was waking up from its pandemic-induced slumber, on 24 February 2022, Russia invaded Ukraine giving rise to a new global scenario with its own set of socio-economic and political complexities.

Both Russia and Ukraine being major commodity producers, the war resulted in a serious shortage of commodities triggering a steep rise in commodity prices, especially in crude oil, natural gas, wheat and other essential items. This shortage hastened the march of inflation in every country in the world. The phenomenon of the cost of living going higher as everything (especially, the commonly used goods and services) continues to become more expensive over a period of time is what is known as inflation, and it is measured by the yardsticks of the Consumer Price Index (CPI) and the Wholesale Price Index (WPI).

Around this time, inflation in India rose from the Reserve Bank of India’s (RBI’s) comfort benchmark of 6% to 6.01%, 6.07%, 6.95%, 7.79%, 7.04% and 7.01% from January to June 2022. In general, as inflation keeps rising beyond tolerable limits, the central bank of the country concerned applies brakes on the surge of inflation by raising the benchmark interest rates to remove the excess liquidity from the monetary system to cool off the inflationary heat. An increase in interest rates has an adverse effect on economic growth. Unless managed carefully and judiciously, the situation can go out of control leading to the collapse of the economy and paralysis of the country’s life as in the case of Sri Lanka in 2022.

As inflation in terms of the Consumer Price Index (CPI) touched 7.79% in April in India, the RBI raised the interest rate (namely, the Repo rate, the rate at which the RBI lends money to commercial banks) by 40 basis points from 4% to 4.40% in May and by 50 basis points from 4.40% to 4.90% in June 2022.  The RBI is likely to raise the rates further in the coming months. While the Indian rupee depreciated more than 7% against the US dollar in 2022, the month of July saw the rupee touching a historic low of Rs 80 to a dollar — a matter of serious concern.

Even though commodity prices have recently come down close to the pre-war level, and it is cooling off the ultra-high inflation triggered by the war, according to the IMF, inflation will continue to remain a worrying factor globally. As per the 19 April WEO report of the IMF, global inflation is expected to hover around 6.6% in developed economies and 9.5% in developing economies in 2022. Unfortunately, when inflation strikes, its hardest blows are struck on the vulnerable sections of low-income countries. Inflation and interest rates are two the major related causes of concern for people across the world today. While a certain amount of inflation is not only important for the growth of the economy but also is an indicator of growth, it can affect the economy and the life of people adversely. If inflation goes out of control, it can change everything, be it politics and policies, governance and governments, global priorities and local concerns or public life and private life.

In fact, today what haunts economists more than inflation and interest rates is the possible descent of stagflation across the world. Stagflation is a scenario of high inflation, a rise in interest rates and a surge in unemployment amidst slow economic growth. Owing to multiple factors, the global economy is already under the sway of an economic slowdown. If stagflation becomes global, according to S&P Global market intelligence, the number of corporates defaulting on their debt obligations all over the world will go up. Based on a stress test conducted on 20,000 corporates having a total debt of $37 trillion, S&P came to the conclusion that the number of lossmaking corporates will rise by 10% globally by the end of 2022 and 14% by 2023. Defaulting and lossmaking corporates will automatically result in steep corrections in the stock markets, job losses, and further slowing down of economies.

Rising inflation leading to an increase in interest rates makes borrowing more expensive which in turn affects businesses adversely reducing business profits and triggering a fall in the price of stocks and bonds. Therefore, rising inflation and soaring interest rates in developing countries are definitely bad news for Foreign Portfolio Investors (FPIs). That is the reason why after three successive years of investments in the Indian market, in 2022, FPIs sold Indian equity and debt instruments worth about $30 billion.

Inflation is a global phenomenon today. In order to contain inflation which is running currently at 9.1%, (the highest in the last four decades) in America, in June, the Federal Reserve, the central bank of the United States, raised interest rates in the country by 75 basis points, the biggest rate hike since 1994. The Federal Reserve is expected to hike the rates further in the days to come. In such a scenario, from the emerging markets, the FPIs automatically move to the safer haven of the American markets to invest in American sovereign bonds that would give them returns that in comparison to the returns that they get from the emerging markets in these uncertain times is more attractive. By doing so, FPIs will be able to avoid the sting of the volatile currencies of developing countries and emerging economies.

The rate hike by the Federal Reserve and the exit of the FPIs from the emerging markets have made most currencies across the world depreciate against the US dollar. In fact, even major currencies such as the Chinese yuan, the Japanese yen, the European Union’s euro, the South African rand and the British pound have depreciated significantly against the US dollar in recent times. The exit of the FPIs from the Indian markets implies their sale of Indian rupees and purchase of US dollars leading to the reduced demand for Indian rupees and the increased demand for US dollars. In the process, the Indian rupee depreciates further. The downward slide of the rupee keeps the FPIs further away from making fresh investments in the Indian market.

Depreciation of the rupee will definitely benefit Indian export. Similarly, the depreciation of the currencies of other countries will help the export of the respective countries. Such a situation is likely to force importing countries to increase their import tax on foreign goods.

This will affect global trade adversely which in turn will contribute to the slowing down of economies all over the world with the case of India being no exception in the matter.

In its effort to arrest the depreciation of the rupee, the RBI has been selling dollars to commercial banks in exchange for rupees. The RBI’s sale of dollars helps in reducing liquidity and controlling inflation. Owing largely to the sale of dollars by the RBI, India’s foreign exchange reserve came down from $642 billion in September last year to $572.712 by 15 July 2022. The progressively depleting foreign exchange reserves is a cause of concern.

Trying to safeguard India’s depleting foreign currency reserves and to protect the rupee’s slide against the dollar, in July, RBI began promoting trade settlements between India and other countries in rupee. It also started offering higher interest rates on fresh deposits both in Foreign Currency Non-Resident Bank (FCNR-B) accounts and in Non-Resident External (NRE) accounts. FCNR-B accounts allow non-resident Indians to make freely convertible fixed deposits in Indian banks in any foreign currency of their choice. An NRE account permits an NRI to remit foreign funds to the account from the country in which he or she stays.

As per the 19 April WEO report of the IMF, India will remain the fastest growing major economy for the current as well as the next fiscal years with its projected growth of 7.4% and 6.6% respectively. The IMF’s prediction of India’s economic growth for the current fiscal year is very close to the RBI’s prediction of 7.2%. At present, the RBI has the difficult job of defending the rupee against the US dollar as well as safeguarding its foreign currency reserves. The life of 1.4 billion Indians depends on the economic trajectory that the Indian economic policymakers would adopt at this crucial juncture when the depreciating rupee and depleting forex reserves have become the order of the day. Let us hope that good sense will prevail over political sense.