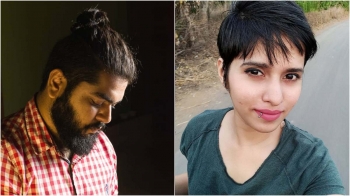 “Use and Throw Relationships” SAY NO

For the past few days, the news related to the outrageous murder of 27-year-old Shraddha Walkar by her 28-year-old live-in partner Aaftab Amin Poonawalla has been grabbing media headlines and debates. It is quite distressing that one more life has been lost. That the man whom she trusted had killed her is more heart breaking. How could someone be so cruel? After strangulating the hapless woman, he cut her body into several pieces, stored in a refrigerator at his home and periodically disposed it off.

On 14 September this year, a friend of the deceased woman had got in touch with her brother informing him that there was no contact with her for the past two-and-a-half months and her mobile was also switched off. The father of the deceased filed a police complaint and the Mumbai Police in turn informed the Delhi Police this November 8 about the missing young woman, who was believed to be staying with a man in Mehrauli, Delhi.

During investigations, according to reports, it emerged that when the police detained Aaftab he disclosed that he and the missing woman were in a live-in relation since 2019 after they met through a dating app and originally both hailed from Mumbai. What we know so far is that he is said to have confessed killing her on May 18 following a fight after she suspected him of cheating on her. The fight led to physical abuse and she fainted. He sat on her chest and strangled her to death. It took him 10 hours to chop the dead body into 35 different pieces. He had burnt her face until it was unrecognizable. The ongoing investigations are expected to unravel more details.

Well, thanks to the coronavirus pandemic induced restrictions across the globe, online dating reportedly became one of the few opportunities for people to stay connected as also socialise.

Simply put, an online dating application, capable of being used on a smartphone, uses algorithms to make match recommendations using one’s personal information like location, age, including the preferences thereof.

It is mind boggling that there are over 8000 online dating sites/platforms worldwide and in 2021, some 323 million people worldwide used dating apps/sites to meet new people.

A recent survey revealed that around 35 percent of online dating platform users have had at least a six-month relationship and almost 14 percent of such daters get married to someone they met on a dating site or app.

According to a recent PEW Research Center survey undertaken in the US, about 71 per cent of online daters widely believed that dishonesty is a very common issue on these platforms and many people lie about themselves to appear more desirable.

Substantial shares, of online daters were of the view that people setting up fake accounts in order to scam others (50 per cent) or people receiving sexually explicit messages or images they did not ask for (48 per cent) are very common on dating sites and apps. While using these platforms, some users (especially younger women) reported being the target of rude or harassing behaviour.

So, with millions of people around the world using online dating sites and apps, there are success stories of people finding love and companionship online as well as several instances of online dating scams which are on the rise.

Romance scams or romance fraud have been found to take place when someone believes they have made a connection or match through an online dating site or app but the person they are talking to is, in fact, a scammer using a fake profile.

The scammer manipulates or grooms the other person to gain their trust over time – ultimately so they can either ask them for money or obtain enough personal information about them to steal their identity.

By and large, most of the victims of online dating scams are middle-aged men and women from upper-middle-class families. In most cases, as reports indicate, scamsters strike with impunity on online dating platforms where most people are looking for a long-term relationship.

The scammer initially puts in all efforts to gain one’s trust, then ask for help with an unexpected emergency, for example, medical expenses, needing to take care of a relative, etc. The scamster would delete the account once the need is fulfilled.

Some are cold-blooded and totally unmindful of their impact on others. They are completely without remorse. Whatever regret they do experience relates to unpleasant consequences that they themselves experience. They regret being apprehended but do not regret what they did.

In India, there have been several reported cases of online dating related crimes. Not long ago, an elderly woman in Delhi fell for a criminal on a dating app and after a six-month “affair” when they finally met, he not only killed her but stole her jewellery worth Rs 50 lakh. After his arrest it was found that the man committed the crime as he was debt-ridden.

A 45-year-old software engineer in Bengaluru lost Rs 37 lakh after he was promised a premium membership on a dating app. While browsing the Internet, he came across an online dating app and when he tried to enrol as a member, an unidentified person claiming to be from the said company called him and lured him to pay for the membership. After that he started paying towards various fees from his bank account, spent all his savings and even borrowed money from a friend to pay only to realise that he had been duped.

Another 48-year-old software engineer from Thane allegedly lost a huge sum of money in online dating fraud. He responded to a message on his mobile phone from a number offering online dating and the person on the other side asked him to pay Rs 38,200 for creating his profile online. Later, on multiple occasions, the accused made the victim allegedly pay over Rs 6 lakh on some pretext or the other.

If you are curious to know how online dating works, beware. Not long ago a 41 year-old married banker got his savings wiped out after he clicked a link that promised a date with “beautiful girls”, online and entered his personal information. He got trapped into an extortion racket and lost nearly Rs 12 lakh.

It needs to be appreciated that fraudsters are highly sophisticated, they use relationships to extort money and it is very challenging for a layman to spot such criminals as they have been found to exhibit distinct psychological features, which can be either exceptionally composed or calm or either temperamental or aggressive. Many are good at social engineering and by the time victims realise it, it is too late. These fraudsters differentiate in terms of intelligent behaviour also, where some are extremely intelligent and others are very low or average in terms of intelligence. They are said to lack a conscience.

People going into online dating should bear in mind, as unromantic as it seems, the genuine risk of fraud inherent to the process. It needs to be realised that one is meeting a complete stranger who is not vetted. Some suggest that it is reasonable to conduct some form of a background search via Google, Facebook, and other sites but this also is not fool-proof.

In human relationships, disputes may occur. But it ought not lead to committing a heinous crime like murder. It is worth pondering over what the Kerala High Court recently observed while disposing a matrimonial dispute. “Now-a-days, the younger generation think that marriage is an evil that could be avoided to enjoy free life without any liabilities or obligations. They would expand the word ‘WIFE’ as ‘Worry Invited For Ever’ substituting the old concept of ‘Wise Investment For Ever’. The consumer culture of ‘use and throw’ seems to have influenced our matrimonial relationships also. Live-in-relationships are on the rise, just to say good-bye when they fell apart”.