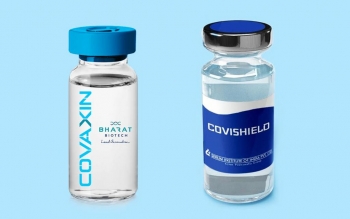 It is said, “the slow and steady wins the race.” The moment one reads about this adage, one gets transported back to the good old school days when our teachers recited the story of the tortoise winning the race against the fast and overconfident rabbit, who underestimated the strength of its opponent. The story is still a part of the pre-school curriculum because it has stood the test of time.

However, this may not always be true. At least not in the current scenario. India is set to witness the third wave of Covid-19. This is what the Indian Council for Medical Research (ICMR) has been warning. In fact, a few scientists are of the view that it has already started as the positivity rate in a few states has been increasing. There are others who are of the view that it will start this month. Some others say that it will start in October with a shorter span.

Be that as it may, India Inc., can certainly not afford another round of devastation. We cannot see our loved ones struggling to get an oxygen cylinder or a bed or gasping for breath on ventilators. This is the least that anyone would want at this juncture, considering that tens of thousands of people have already lost their lives over the last one and a half years.

Everyone has been longing for the pre-Covid world. While many think that the masks and the sanitiser that we use daily, will never be a thing of the past. To an extent, this seems to be true.

At the time of writing, India has around four lakh active cases with a daily addition of around 42,000 positive cases. Of course, the number has come down considerably, compared to the four lakh new cases during May 2021.

However, what is worrying is the increasing reproduction number (R) – a ratio that helps in understanding the rate at which infection has been spreading. On the face of it, the situation seems to be under control. But it is not. According to a report published in the Economic Times, 13 states recorded a surge in infections over the last one week with Kerala registering half of the country’s daily cases.

The report relies on research conducted by the Institute of Mathematical Sciences, Chennai, which reveals that the value of R i.e., the number of people that one positive person can infect, has crossed 1 for the first time since May 7, 2021. The total number of cases has started increasing. This is certainly a worrying sign. The only thing that can save us is the use of masks and vaccination of around 90 per cent of the vulnerable population.

However, India’s vaccination project had been a controversial one right from Day 1. When it was launched after several months, it had a quirky start. The delay in conducting various trials and hurried approvals that the government gave at that time raised several questions. In fact, the vaccine produced by Bharat Biotech was given a go-ahead without having received the results from stage-III trials. Naturally, the people doubted its efficacy. Some labelled it as a BJP vaccine, while others questioned its effectiveness.

Instead of putting it to domestic use at a time when the number of Covid cases came down considerably, the government started exporting the vaccine. The lackadaisical behaviour of the government could be gauged from the fact that it did not place the orders for vaccines by when one of the companies had already produced 50 million shots for domestic use.

When the government finally started the vaccination drive, it had no easy path to tread. The negative reporting on the side effects of the vaccine not only created hurdles but also led to wastage of precious vials. People did not turn up at the vaccination centres. In fact, in a few states as much as 37 per cent of the vaccine doses were wasted.

No effort was made to dispel various myths that got associated with the vaccine. Had the government provided appropriate information at the appropriate time, India’s vaccination story would have been a different one.

The government should have anticipated such controversies in view of the complex socio-economic conditions in the country. The literacy rate of the country might have increased, as reported in the biennial census. It does not mean that it has improved their capacity to make informed decisions. After all, being literate does not mean being educated. The unsteady project implementation exposed the government at every stage.

One may recall the way people from the ruling party reacted when the Opposition was questioning the government over its strategy for implementation of the project. Most BJP spokespersons reacted in a jiffy showcasing papers with concrete numbers. The fact is that the government had no plan in place, be it for vaccination or for production of vaccines.

It was only when the second wave started that people started showing some sort of seriousness towards vaccination. The month of June did witness a considerable increase in the vaccination rate but the speed fizzled out towards mid-July due to shortage of vaccines. The Prime minister, too, announced free vaccination after June 30 even for people falling in the age group of 18 to 44 years. Unfortunately, there was no steam in these words.

It is a fact that people in the 18+ age group could get vaccinated only from private hospitals. The government hospitals only focussed on 45+ In fact, various state governments had to take the help of the civil society organisations to mobilise people to the vaccination centres. The national capital was no exception. Be it the Niti Aayog or the health ministry, the government officials were busy giving fancy numbers to keep the people hooked.

More than six months into the drive, we have vaccinated around 56 crore people, which comes to 33 per cent of the total population. To this date, only 9.5 per cent have received both the doses. India has a mammoth task to achieve. While the government has been promising that the entire adult population will be vaccinated by the end of this year, it is easier said than done.

Of late, the parliamentary debates sparked a controversy. While responding to a question in Parliament, the health ministry reported that the vaccine production capacity is expected to be increased to 120 million in a month. In the same discussion, the figure was quoted as 130 million. The fact is that the maximum capacity that can be produced by Serum Institute of India is 110 to 120 million in a month. The company has no plans to increase its capacity, as reported by the BBC. It only shows that the government’s left hand does not know what the right does.

Meanwhile, a report published by a US-based organisation named “Kaiser family foundation” has shared an interesting revelation for proving the efficacy of vaccination. It says that more than 90 per cent cases of infection and 95 per cent deaths happened amongst those who had not taken even a single dose of vaccine. The report has also revealed that less than 1 per cent of fully vaccinated people get a breakthrough infection. The government should use this report to overcome vaccine hesitancy. At least, it will help in reducing wastage. After all, a Rupee saved is a Rupee earned.

This also shows how important it is to bring the vaccination project on track. The average vaccination per day over the last six months is barely 23 million people against the-much-needed 90 million people. At this pace, India will need at least 13 months to vaccinate the entire adult population. In other words, the government has set an ambitious target for itself, without knowing the kind of resources it needs for achieving it.

While deposing in front of the Supreme Court, the government had given an affidavit in June that 1.35 billion doses will be available in the country between August and December. However, the current supply is grossly inadequate to meet this demand. In fact, experts have estimated that India will be able to vaccinate only 15 million people against the target of 25 million in the month of August. It is a statement on our preparedness.

In such a scenario, if a third wave hits the country, say in a month, we will certainly have a tough time. Amidst the continued ruckus that our elected representatives have been creating in Parliament, they have forgotten an important task that they have been entrusted with -- saving the praja who voted them to the House.

The second wave has left such indelible marks on everyone’s mind that even a thought of it gives one sleepless night. Is that not enough to wake the Sarkar from its deep slumber? Lest, the tortoise — the government -- loses its race to the hare -- Corona-virus! After all, the virus will not wait and hit only when the government is ready to bear its attack. It is certainly not a war between equals. The hidden enemy is capable of derailing all our plans. It is high time the government acts before it speaks.