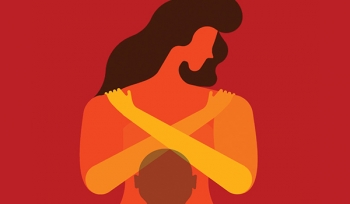 Violence against Women: The Invisible Epidemic

“Unite to end violence against women and girls”. The theme for this year’s International Day for the Elimination of Violence against Women, (observed by the United Nations every November 25) could not be more apt. Violence against women that includes stalking, physical and sexual violence, forced marriage, forced abortion, forced sterilisation, female genital mutilation, sexual harassment, etc., is surging around the globe.

The World Health Organisation in 2013 maintained that violence against women and girls is an epidemic affecting one in three women worldwide in their adult lifetime and particularly, globally, women aged 15–44 are more at risk of rape and domestic violence.
What is shocking is that from an estimated 48,000 women and girls intentionally killed around the world in 2012, the figure for 2021 is 81,000 as per the United Nations Office on Drugs and Crime's recent global report on homicide. Sadly enough, around 56 percent or 45,000 of them died at the hands of intimate partners or other family members.

In many countries, reportedly, men propagate violence on women, because of low frustration tolerance, influence of criminal peers or they had been abused or witnessed violence in their families of origin, or their role models settled conflicts through aggression. Further, women with little education are far more likely to tolerate violence from their husbands, especially if they are dependent on them for sustenance.

Specifically, the largely under-reported malaise of domestic violence, a pattern of abusive behaviour in any relationship, is said to occur when a person consistently aims to control their partner through physical, sexual, or emotional abuse. Studies have shown that psychological abuse impacts health as much or worse than physical abuse as it targets thoughts, feelings and perception thereby adversely impacting a person’s psyche and sense of wellbeing. Such behaviours, meant to emotionally scare as well physically harm a partner, can affect anyone irrespective of any age, gender, race etc.

However, female victims of domestic violence seem to suffer a wide variety of health problems including organ, bone damage, miscarriage, other gynaecological problems. They are also more susceptible to a variety of mental health problems ranging from depression, post-traumatic stress disorders, sleep and eating disorders, etc. The percentage of women worldwide who are battered during their pregnancy is between 25 percent and 45 percent.

Well, the harmful effects of domestic violence against women can also extend to their children as such children who grow up in families where there is domestic violence can experience wide ranging behavioural and emotional disturbances. One of three abused children becomes an adult abuser or victim.

Even as victims of intimate partner violence experience diminished self-worth, anxiety, depression and a general sense of helplessness, why is that many women endure or return to such abusive relationships? Well, it is possible that some are driven by the basic necessities of life. Other victims seem to believe that the rewards outweigh the costs of separation despite mistreatment and return to their abusers.

What goes on within the four walls of a home is surely private. Many years back when I visited my grandparents during summer vacations, I was literally shocked to hear the loud cries of a woman wailing out of pain from a neighbouring house pleading with her husband not to beat her. When asked, my grandmother muttered, “What goes on behind closed doors is none of our business”, and she was correct in a way. The couple who fought so much could be seen coming out of their house together after some time smilingly, as though nothing had happened, depicting a very respectful and loving relationship.

On the flipside, besides right to equality guaranteed by the Constitution, the enactment of specific legislations like the Dowry Prohibition Act, 1961, the Protection of Women from Domestic Violence Act, 2005 and the Prohibition of Child Marriage Act, 2006 have seemingly addressed gender inequality, discrimination and violence faced by women. But there are still challenges and we have a long way to go as the most common type of spousal (domestic) violence, that is physical abuse, emotional and or sexual violence is a cause for concern.

During the period 2019-20, about 1000 cases were registered under the Protection of Women from Domestic Violence Act. Notably enough, domestic violence against women, according to the recently released National Family Health Survey-5 Report, has declined from 31.2 percent (NFHS-4 – 2015-16) to 29.3 percent (NFHS-5 – 2019-20). While 30 percent women, between the age of 18 and 49, reportedly experienced physical violence since the age of 15 years, 6 percent experienced sexual violence in their lifetime. Women in the 40-49 age bracket experienced more violence than those in the 18-19 age category.

While physical violence was more common among women in rural areas as compared to their counterparts in urban areas, such violence declined sharply with increased schooling and wealth of the woman. Even as the husband was the perpetrator of violence in over 80 percent cases, such abuse (physical, emotional or sexual) varied with the level of his education and alcohol consumption.

During 2020 and 2021, the National Commission for Women received 23,722 and 30,865 complaints respectively which included: i) to secure one’s right to live with dignity (harassment other than domestic violence like curtailment of one’s freedom to take decisions, stopping one from working and situations that infringed their privacy), ii) protection from domestic violence, and iii) matters of harassment of married women including for dowry.

If reports are to be believed, domestic violence kills more than 14,000 women every year in Russia while in China, one-third of its 270 million households cope with it. In Zimbabwe domestic violence accounts for more than six in ten murder cases while in Kenya and Uganda, 42 percent and 41 percent respectively of women have been beaten by their husbands. In some Middle East countries both fathers and eldest brothers, in most cases, assert their right to punish their wives and children in any way they see appropriate.

Amidst protests from women activists, South Korea recently abolished its Ministry of Gender Equality and Family while Australia implemented its first Gender Equality Act that will require public sector employers to promote and advance gender equality in the workplace.

Domestic violence is undoubtedly a human rights issue and serious deterrent to development. It needs to be realised that violence against women has a high economic cost to the society. While the cost of domestic violence is pegged at 11.1 percent of the world gross domestic product, the costs related to violence against women and girls and child abuse are also high at 5.3 percent and 4.3 percent of the global GDP respectively. In the US, the cost of domestic and family violence is USD 12 billion annually. Likewise, it costs the Australian and British economies an estimated $13.6 billion and £66 billion respectively.

As gender inequality usually fuels intimate partner violence, at a macro level there is an imperative need to address sexist and misogynist beliefs through multi-pronged strategies in order to achieve gender equality.

This October, Australia unveiled its National Plan to End Violence against Women and Children within the next ten years (2022–2032). One in 3 women there has experienced physical violence since the age of 15 and one in 5 has experienced sexual violence. On average, a woman is killed by an intimate partner every 10 days.

The National Plan intends to take actions across four domains: 1) Prevention – by addressing the attitudes and systems that drive violence against women and children to stop it before it starts. 2) Early intervention – identifying and supporting individuals who are at high risk of experiencing or perpetrating violence and prevent it from reoccurring. 3) Response – by addressing existing violence and support victim-survivors experiencing violence, like, crisis support and police intervention and a trauma-informed justice system. 4) Recovery and healing – supporting victim-survivors to be safe and healthy to be able to recover from the trauma and the physical, mental, emotional and economic impacts of violence.

At the societal level, basically, changing the mindset and attitudinal behaviour towards women can help immensely. There are others who argue that unless we change the culture, victimisation of women will continue.

Well, at an individual level, the victims of gender abuse ought not suffer in silence. They must consider taking the assistance of someone they trust, or join a support group.

The invisible epidemic of violence against women has to be tackled ruthlessly. Surely, together, we can.