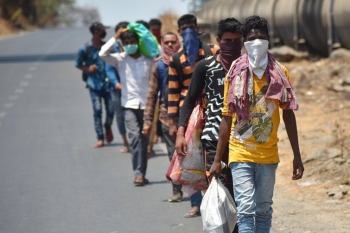 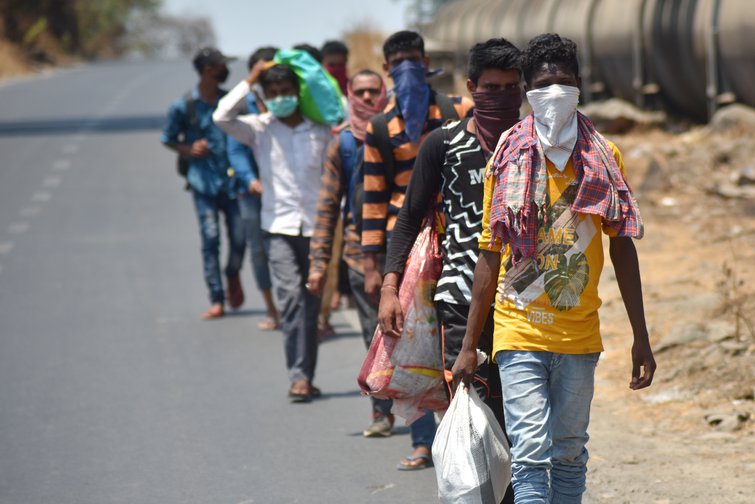 The year 2020 had been an unusual year. It began with people protesting against the citizenship Amendment Act followed by riots in North East Delhi. But for the Covid-19 pandemic, scars from these two events would have remained fresh for a longer period. The lockdown announced owing to the pandemic wrecked more havoc than any other event in history.

Globally, relief packages were announced by different governments for supporting the general public. The funds so released were good enough for people to survive the pandemic.

The Indian government too transferred some money into the accounts of the needy. The money was, however, not even sufficient to buy essential items, forget surviving the lockdown. Many were not even able to withdraw it.

This was followed by an appeal to the NGO sector to come forward. The Ministry of Home affairs wanted a fortnightly report on what each NGO was contributing. Ironically, the sector, that stood up to the expectations of people, is now being given a step-motherly treatment. The government is using its machinery to impose various restrictions on the NGOs. Many are facing existential crisis as they would no longer be able to sub-grant or collaborate with other NGOs for achieving common goals.

Be that as it may, one fact remains unquestioned. The lockdown has affected the migrant labourers and daily wage workers disproportionately. Not only this, many blue-collar employees were also shown doors. The salaried class including the government sector had to bear a huge pay-cut.

A survey conducted by Azim Premji university reveals that 66 per cent of the surveyed workers had lost their jobs, 77 per cent of them were consuming a reduced quantity of food and 64 per cent had a considerably reduced income.

Another survey conducted by Center for Monitoring Indian economy (CMIE) says that around 21 million salaried people lost jobs during the first phase of the lockdown. Close to 31 per cent of the white-collar professionals like engineers, teachers, physicians and 26 per cent of those working in the Micro, Small and medium enterprises (MSME) became jobless. A segment, which remained unaffected was that of white-collar clerical employees working with large Public sector Undertakings or private companies.

In other words, the affects were far-reaching. During the month of September, a report suggested that unemployment rate has reduced considerably as compared to the pre-Covid world. The report gave an impression that the economy had started picking up. However, it lacked crucial information on labour participation rate (LPR). It has been estimated that there has been a huge downfall in LPR from 39.5 per cent in 2019-20 to 38 per cent in September 2020.

Now what does this mean? The statistics show that around 20 million people have left the labour market. They no longer wish to work as the current market scenario has actually disappointed them.

The government’s claim of economic revival seems to be exaggerated. If this was true, then why LPR has come down to less than 40 per cent while the global average is 66 per cent. Female LPR is all-the-more disappointing. The figure is pegged at around 11 per cent by CMIE which is way below that of the neighbouring Bangladesh. Had there been more work, the LPR would have remained close to the last fiscal, if not higher.

Even the popular newspaper, Mint’s macro tracker, which traces various indicators on a monthly basis to gauge economic progress, showed a negative growth even after the festive season. The report published in the last week shows majority of the indicators in the red.

Now what could have saved the labour market from such a huge crash? Or what could have triggered the revival process? Will the new labour laws or reforms, as they are called, be a game changer? Clearly no.

Mahatma Gandhi National Rural Employment Guarantee Act (MNREGA), has helped the people in rural areas. There is a dire need for a similar scheme for the urban poor. The government had made an announcement in September last for designing Urban Employment Guarantee (UEG) scheme. However, nothing has happened so far. One quarter has already passed since that announcement. Close to a month from now, the government will present the union budget.

Considering the need for Covid vaccination drive, the health budget may see a considerable increase. The government should also focus on schemes which will have direct impact on economic growth.

A paper published by National Bureau of Economic Research, Cambridge has produced evidence that MNREGA (erstwhile NREGA) has led to an increase in economic activity and Gross Domestic Product (GDP) by 1 to 2 per cent. Of course, this may not be enough. However, the results may be promising, if the scheme is modified to bridge certain gaps like effective utilization of funds, strategic job allocation and disbursement of wages etc. And a similar scheme is launched for the urban poor.

Despite operational hiccups and inbuilt flaws, MNREGA was able to serve people immediately after lockdown 1.0. A report shows that 8.3 million new job cards were issued between April to September 2020. Clearly, it is the highest annual increase during the last seven years. In other words, the rural poor still got some relief. It has also been estimated that 0.2 million households had already completed their 100 days of work by end of July and earned Rs. 202 a day. Of course, there is a need to relook at the wages.

A survey conducted by London School of Economics shows why UEG can bring a radical change at a time when the private sector copes with losses, loan restructuring and other issues. It shows that only 31 per cent of those working in the urban areas have work for a set minimum period in India. This can be easily related to the plight of daily wage workers, who struggle to get work every day. An overwhelming 71 per cent demanded a minimum of 100 days of work and minimum wages for their survival.

The main idea of having Urban Employment Guarantee (UEG) scheme would be to give work to the unemployed with minimum wages for a minimum period. It could be at least 100 days or more, considering the hardship people face in a city or a town as compared to a village. For one thing, seasonal unemployment is more prevalent in villages than cities and towns. Also, Panchayati Raj institutions are more participatory in nature than the urban local governance institutions.

The government may have to look for alternatives for execution. In fact, NGOs having a strong presence in the urban or semi-urban slums, resettlement colonies with expertise in livelihood initiatives can be the implementing partners while the government can establish a strong monitoring mechanism. The scheme will help in creating public assets and providing financial support to the urban poor.

The work may include maintenance and upkeep of present infrastructure, including public toilets, parks, schools, hospitals, colleges etc., building new facilities, sanitizing, cleaning, white-washing and many more. There might be training requirements for the workers. Once training needs are identified, these workers can be given short-term training. It will open another avenue for skill development centers. These centers may give employment to teachers, counselors and instructors. In other words, a scheme like this can have a multiplier effect and help in rotation of money, and trigger growth.

A few state governments including Jharkhand and Kerala have shown the way. Kerala has been implementing such a scheme for the last few years now. The successes and misses from these states can help in designing a more effective scheme.

Recently, the prime minister announced that metro services will reach over 25 cities by 2025. While this will certainly resolve commuting problems faced by many, but will do little in giving the much-needed momentum to the economy at this juncture. Such projects often get delayed due to several procedural issues like land acquisition, availability of resources, etc.

It is also a fact that many projects, including the ambitious Delhi-Mumbai Industrial Corridor (DMIC), have not been initiated so far despite necessary approval. In fact, DMIC was designed over a decade ago and has a huge potential of increasing industrial output and exports. A scheme like UEG will not only give much-needed employment, can also be used in getting such projects implemented for boosting economic growth.

Yes, the government may have to move away from fiscal consolidation for a few years and invest in such schemes to boost the economy. This is the minimum expectation that every citizen of this country would have from its elected representatives. After all, India is a “Socialist Sovereign Democratic Republic”. The government must act in the best interest of general public rather than putting much of its responsibility on the private sector.