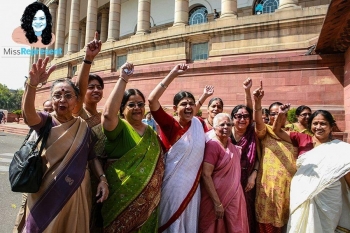 Wall of Patriarchy : Exclusion of Shailaja Teacher in Kerala Cabinet 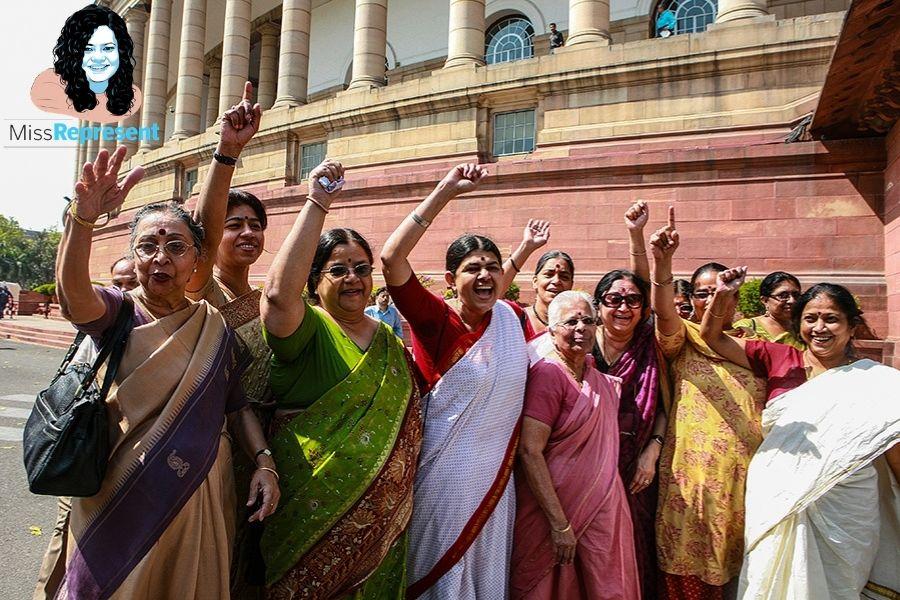 Exclusion of Shailaja teacher, the globally acclaimed health minister of Kerala, from the new Kerala cabinet has caused a storm of protests in the social media. Many celebrities, social activists and ordinary citizens have expressed their anger and shock at excluding a valiant and capable woman who proved her competence, compassion and care for the people during the pandemic Covid 19, and earlier, the Nipah outbreak. “Her omission takes the sheen off what could be seen as an experiment by the party to look beyond age and experience in allocating portfolios in government. The party’s explanation that she was dropped to make way for newcomers is unconvincing”, wrote the Indian Express Editorial on 19th May.

Her victory in the recently concluded assembly elections, with a majority over 60,000 votes- the highest ever in an assembly election in Kerala- shows her popularity. Kerala is still in the grip of Covid 19 second wave. Her continuity as the health minister would have ensured continuity in the planning, monitoring and delivery of health services without any disruption. People of Kerala may not easily reconcile with her exclusion from the new council of ministers despite the arguments put forward by the state leaders of Marxist Communist party. Giving cabinet berth to the son-in-law of the chief minister is a question mark on the impartiality of the leadership of the party? “Is it not nepotism”, people may ask.

Ever since Covid 19 started spreading in the world, unleashing suffering, death and devastation on an unprecedented scale, many articles appeared in the media highlighting how women leaders could manage the covid situation better than men. The write ups have pointed out that women leaders have all been remarkably proactive – responding early, testing intensively, and communicating clearly. They took concrete action in terms of protective equipment and healthcare arrangements. An editorial in The Indian Express underlined the reason for women leaders behaving differently. It is mainly because their experience is different. Women leaders tend to have different priorities and they invest in public health and social infrastructure. “Showmanship, ego and bluster don’t work for women, while collaboration comes easier to them. In a pandemic, these qualities matter greatly.” The pandemic Covid 19 has taught the world the need for instilling feminine ethos into governance. Hence exclusion of a woman politician like Shailaja teacher could be a great loss to the people of Kerala.

Exclusion of Shailaja teacher also points to the stumbling blocks in the ascent of women political leaders in India. Analyses of the recently concluded elections to the three states, Kerala, Tamil Nadu and West Bengal by political pundits have brought to light that women voted in higher proportions than men to the party or alliance that won in the three states. According to the Lokniti-CSDS post-poll survey, about 50% of women voted for TMC whereas only 46% men voted for the same party. Women’s participation in voting is increasing in elections in India during the last one decade. At the same time, there is no increase in the number of women candidates both in the assembly and parliament elections. As a result, the percentage of women elected to the State assemblies and the Lok Sabha is also very low in comparison with their percentage in the population.

A study of the elections to the four State assemblies and one Union Territory under the title, “Decoding women’s representation in the 2021 state elections” by Avishek and Gilles Vermiers in Hindustan times has revealed the following facts. Overall, women constituted only 10.4% of all candidates, and only 8.5% of all members of the legislative assembly (MLAs).

Kerala has the highest female literacy (95.2%) and women have proved their capability for good governance through their brilliant performance as the heads of local self governments, including the three tire Panchayati Raj Institutions. When it comes to the selection of candidates for the assembly and parliament elections their representation is very poor. For the 2021 Kerala assembly elections, altogether 104 women candidates contested. The 3 major coalitions, National Democratic Alliance (NDA) led by BJP, Left Democratic Front (LDF) led by CPI (M), and United Democratic Front (UDF) led by INC had fielded women candidates less than 16% of their total candidates. NDA had the highest with 21 women out of 139 candidates, LDF 15 women out of 140 candidates and UDF 12 women out of 140 candidates. Out of the 140 MLAs only 11 (7.9%) are women. It is a matter of great concern that in a state where women constitute 52% of the population, their representation in the state assembly is only 7.9%. Out of the 21 ministers the share of women is only 3 i.e. 14.28%. It seems that literacy and education of women are not leading to their political empowerment.

The scenario at the national level is slightly better than in many states. The 17th Lok Sabha had 78 women MPs (14%) in 2019, the highest since independence. Thus Women are grossly underrepresented both in the parliament and in the state assemblies. At the same time women’s turnout in elections has been increasing since 1962. Between 1962 and 2018, women voters’ turnout increased by 27 per cent, as opposed to men’s turnout, which increased only by 7 per cent in this time.

According to the election analysts, parties and governments are catering to women’s interests, especially through general social and welfare policies in view of attracting their votes. There is a competition among the political parties to woo women through welfare schemes targeting women. For example, prior to the 2021 assembly elections Trinamool Congress of Mamata Banerjee promised to implement “Monthly Basic Income” scheme whereby the “women heads of families” will be entitled to a stipend of Rs 500 - Rs 1000 (per month) for general castes and SC, ST and OBCs respectively. Simultaneously efforts to include women in the political process are also made, leading to more women taking part in political activities like attending rallies and campaign events. At the same time, the political parties that are still under the grip of patriarchy are not ready to allot tickets to a considerable number of women candidates during the elections. Even the parties headed by women like Mayawati and Mamata Banerjee have not been generous in allotting tickets to women candidates.

Patriarchal mindset prevents men from sharing power with women in most societies. As long as women are not treated equally at home, educational institutions, religious institutions and other organizations, political empowerment of women will remain a distant dream. The change has to start from families. Parents should not make any discrimination between boys and girls. There has been considerable change in the attitude of parents towards education of girl children. But with regard to freedom, many parents still follow different yardsticks for boys and girls.

Education also plays a key role in treating women with respect and equal dignity. Education of women is definitely a crucial factor in their empowerment. But education in general should focus on inculcating human and ethical values. Equality between men and women should be a core value that is to be inculcated in the students.

Women’s Reservation Bill (The Constitution (108th Amendment) Bill, 2008) has been pending with the parliament for more than a decade after it was passed by the Rajya Sabha on 9th March 2010. The bill proposes to reserve one third of all seats for women in the Lower house of Parliament of India, the Lok Sabha, and in all state legislative assemblies. Since the BJP is not interested in passing the bill, it may remain in limbo indefinitely unless and until pressure builds up from the bottom. Women’s groups and civil society organizations have to take up the issue and put pressure on the political parties to pass the bill.

Simultaneously women’s groups have to tell the political parties that women would be voting to the party that agrees to reserve for women at least one third of the seats they contest in an election. Women should not be satisfied with the welfare schemes implemented by the political parties when they come to power. There is a need for rejuvenating women’s movement in India for breaking the concrete wall of patriarchy as a means for politically empowering women. Otherwise women like Shailaja teacher, who are competent, compassionate and committed to the well being of people, will be sidelined and people will be deprived of their service.