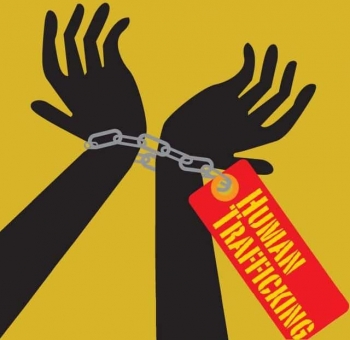 Where Rights are Wrong

Though hailed as the largest democracy in the world, India has a chequered, if not dubious track record when it comes to safeguarding human rights. In fact, the essence of any democracy is that its marginalized voices are heard and any rule must emerge from that sensitivity. Vulnerable people of India have suffered one disastrous government after another in the past several decades, their lives filled with disappointment, setbacks, deprivations and humiliations. The list of notorious acts of commission and omission is a long one.

A majority of people participate in the race of life barefoot. Governments give only a few the riches to acquire horses, learn to ride it, train the animals and participate in this race. For a few cronies, chariots come. I’m not harping on compassion, empathy and sensitivity, but democracy/equality. When there is not even a semblance of effort to create living conditions for the less fortunate, there is bound to have suspicion over the government’s intention. To deny any citizen her/his right to equality is a violation of the fundamental right our country’s Constitution has guaranteed.

The more I observe and interact with people, the more I realize that majority of them think and act in fear. However, I’ve also noticed with amazement how the affected lot develop greater capacities to understand and fight for themselves once they are encouraged to speak up and stand up for their rights. By now lakhs of Indians have migrated to places where they can express their needs and are respected. Democracies, by definition, respect the concerns of the disadvantaged.

When we think of human rights, the first thing that comes to our minds is the descent-based discrimination that permeates everywhere. Strange enough, we also see outspoken human rights defenders being harassed and prosecuted. Even today we debate, weep and mourn the plight and fate of heroes who saw the value of constitutional provisions and advocated their use to protect the downtrodden. Thus, it’s ensured that anybody who gears up to espouse the freedom and rights of fellow humans is put in his/her place with a number of laws and Acts. Given our track record, does this still shock!

Take the case of manual scavengers in India. A day without them will end in disaster and for them, every day is a disaster. They have no access to anything we call basic human rights --minimum wage and safety gear. I’ve seen humans inside manholes that are nearly full. Neck deep in muck, literally. Few years ago, I saw a dead man being pulled out of a manhole as if he was another dead cockroach. People made frantic calls here, there and everywhere and an ambulance arrived 45 minutes after he stopped breathing. As far as human rights violations are concerned, the graph of faith in human nature is showing a greater dip.

India is built on diversity. All citizens enrich India with their own identity, culture and traditions. The video of a hijab-clad student heckled by boys wearing saffron scarves shook the nation. For India to shine, intellectuals and institution builders are needed. No one can build world class institutions without adopting the policy of inclusion. Universities and educational institutions cannot be built on foundations of hatred. The attacks on Jamia Millia Islamia and JNU showed us how the government can blatantly crush dissent, throwing caution and common sense to the wind. Democratic discussion, debate and peaceful protests have been liberal traditions of India. The Constitution has given us this right, even as it has put some fetters on our right of ex

Nine-year-old Indra Meghwal is also a citizen of India as much as any successful businessman or industrialist. Do our leaders have anything at all to flaunt after a small boy was beaten to death in a school, not for stealing, not for any malpractice but for touching a water pot that was meant for people belonging to another community?

If Rohith Vemula with a double JRF (Junior Research Fellowship) in hand felt that he was reduced to his immediate identity, to a vote, to a number, to a thing and called his birth a fatal accident before ending his life, imagine the plight of humans who live in constant fear of being raped, intimidated, lynched, paraded naked, offended, arrested, tortured and sometimes even killed. A central university needed the life of a promising young scientist to release the stipend he rightfully deserved. On this day, let me rephrase what the 13th Dalai Lama wrote to the British Trade Agent in Tibet on his way to exile. ‘That is, large insects continue to scare and devour smaller ones, which are also robbed of their rights to life and freedom’.

Struggles of activists have led them nowhere so far. We have seen them struggle till their last breath, to say nothing of the abuse and torment they go through. Father Stan Swamy’s story is a good case in point. A champion of human rights, all he did was put service to the marginalized above his personal life and realizations.

Of the many real and implied threats to the idea of human rights, the gravest by far is that of communal violence. Alas, those who commit violence have invariably slipped away under the anonymity of being part of a mob. Clearly, political will can fix anybody who violates human rights. Unfortunately, when the enforcement agencies are prone to prejudices and shoddy work, ‘due process of law’ becomes a misnomer.

A hopeful handful still hope that despite frequent betrayal of our own ideals of democracy, we are a land of terrific potential. Sadly, according to many, as a society we long gave up on justice and human rights. Nevertheless, we hear songs of loss and yearning, of fighting those who use caste/religion for politics, of the imperative for a new religion which teaches us to be humane or human and of the need to walk together with broken souls and wounded hearts.