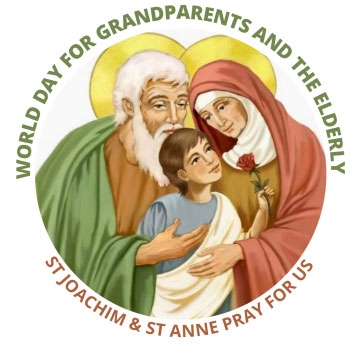 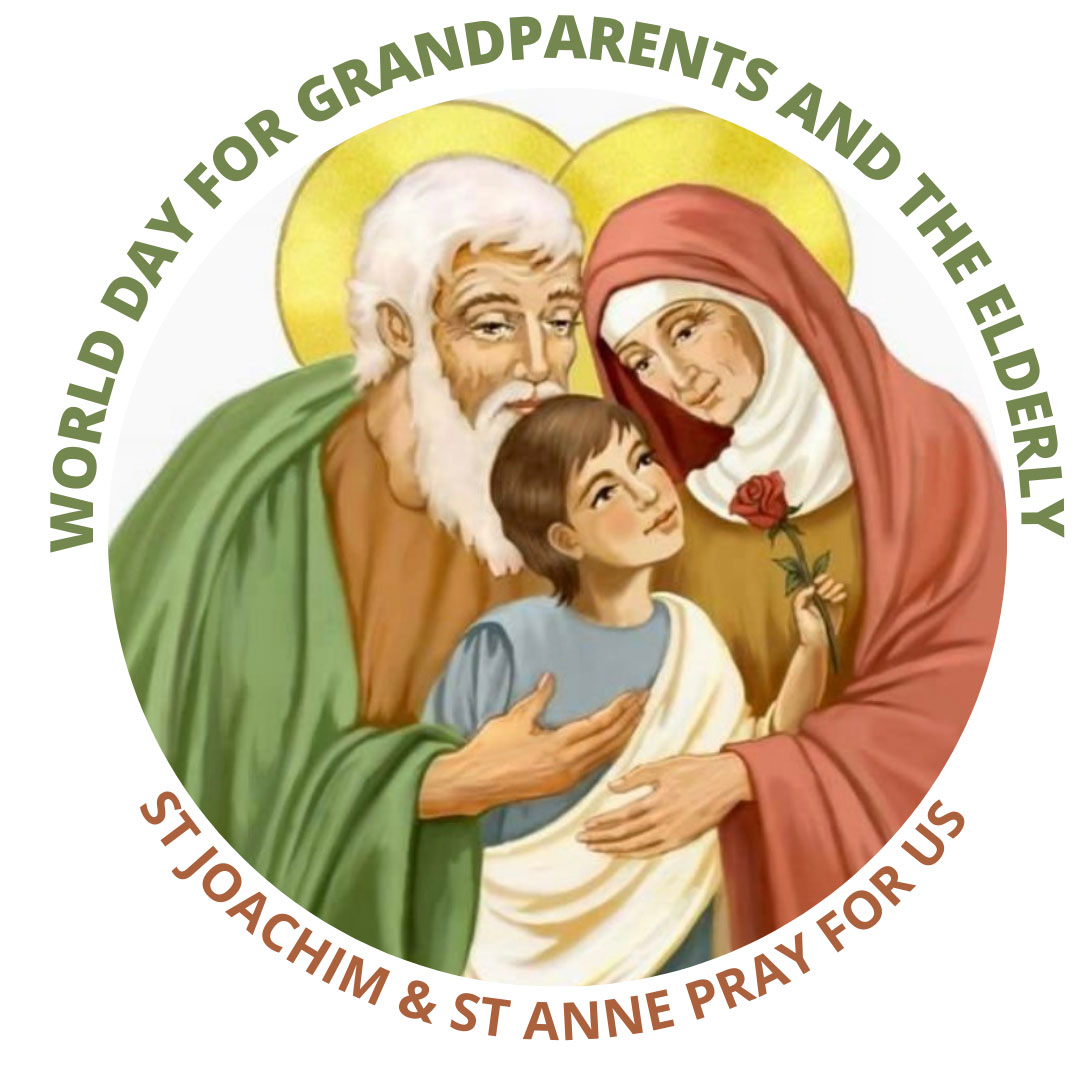 The world is ageing. India is ageing. According to the United Nations, “Over the next three decades, the number of older persons worldwide is projected to more than double, reaching more than 1.5 billion persons in 2050 and 80% of them will be living in low and middle income countries.”

India is not far from these global predictions. About a year ago, the National Statistical Office (NSO) released its ‘Elderly in India 2020’ report. It flagged concerns around an ageing population and stressed the urgent need and importance for India to plan for a changing population structure. Some of the official statistics are startling; these include:

NSO’s National Sample Survey (NSS) data from 2017-18 notes that 70 per cent of the elderly in India were dependent on others for their daily living.

This is just the tip of the iceberg. The reality is that in every family, community and society (both in rural and urban areas) we do have a growing number of senior citizens. Unlike the past, the painful reality is that there is a sizable number of the elderly everywhere who feel lonely, unaccepted, rejected and isolated; their own infirmities, illness and lack of independence make life even more difficult for them. The country has not made any comprehensive provisions to respond to the needs of the elderly. The Indian Railways even deny concession to the Senior Citizens in passenger fare, which is given in most parts of the world!

It is not without reason that the Catholic Church will celebrate on Sunday 24 July the ‘World Day of Grandparents and the Elderly’. This is the second such year (now become an annual observance) of this extraordinary day, which began in 2021.The day will always be on the last Sunday of July, closest to the Feast of Saints Anne and Joachim (26 July). Though precious little is known about these Saints, the very fact that they were the parents of Mary and the grandparents of Jesus, is sufficient to hail them as role models: wonderful and exemplary, caring and sensitive senior citizens, worthy of emulation today.

Referring to this important day, during his Wednesday audience on 2 March 2022, Pope Francis said, “Old age certainly imposes a slower pace: But they are not merely times of inertia. Indeed, the measure of these rhythms opens up, for all, spaces of meaning of life unknown to the obsession with speed. Losing contact with the slower rhythms of old age closes up these spaces to everyone. It is from this perspective that I wished to establish the feast of grandparents, on the last Sunday of July. The alliance between the two extreme generations of life—children and the elderly—also helps the other two—young people and adults—to bond with each other so as to make everyone’s existence richer in humanity.”

Grandparents (old, ageing, elderly, senior citizens) have a special place in the heart of Pope Francis and thereby of the Church. His message for the day this year, focuses on the theme ‘In old age they will still bear fruit’ (Ps 92 :15). This is a powerful, meaningful and relevant message in the context of what is happening to the elderly today.

Pope Francis says, “the World Day of Grandparents and the Elderly is an opportunity to proclaim once more, with joy, that the Church wants to celebrate together with all those whom the Lord – in the words of the Bible – has “filled with days”. Let us celebrate it together! I ask you to make this Day known in your parishes and communities; to seek out those elderly persons who feel most alone, at home or in residences where they live. Let us make sure that no one feels alone on this day. Expecting a visit can transform those days when we think we have nothing to look forward to; from an initial encounter, a new friendship can emerge. Visiting the elderly who live alone is a work of mercy in our time.”  He is clear, he is direct: he does not want grandparents and other elderly, to feel excluded, unwanted and isolated.

‘Times are changing!’ A cliché that is repeated from one generation to another. Today, it is true, that families have become smaller; careerism and consumerism has overwhelmed the average person. The rapid strides in technology have made us less human and more individualistic. The value time that families enjoyed in the past -- caring and sharing, praying and playing, bonding and nurturing -- seems to have become a rarity today. Those times of the traditional ‘joint family’ where the very presence of elders was deemed sacred, has all but disappeared.  “We have no time” – scream one and all; there is much less time for grandparents and the elderly.

Often, they are just tolerated, if not regarded as an absolute nuisance. It is so easy for fairly well-to-do children and grandchildren who enjoy a comfortable life abroad, to dump their seniors in a ‘Home for the Aged’ back home. They attempt to absolve themselves from all responsibility and guilt saying “the Sisters there look after them very well; we call every week and of course, we pay for their monthly expenses.” What grandparents and elderly want and need the most is the presence of their very own: their flesh and blood -- just to be there!

Pope Francis in his message calls this painful reality out, very strongly, “Many people are afraid of old age. They consider it a sort of disease with which any contact is best avoided. The elderly, they think, are none of their concern and should be set apart, perhaps in homes or places where they can be cared for, lest we have to deal with their problems. This is the mindset of the ‘throw-away culture’, which leads us to think that we are somehow different from the poor and vulnerable in our midst, untouched by their frailties and separated from ‘them’ and their troubles. The Scriptures see things differently. A long life – so the Bible teaches – is a blessing, and the elderly are not outcasts to be shunned but living signs of the goodness of God who bestows life in abundance. Blessed is the house where an older person lives! Blessed is the family that honours the elderly.”

Pope Francis highlights the role and responsibilities of grandparents and the elderly too. He says to them directly, “Our world is passing through a time of trial and testing, beginning with the sudden, violent outbreak of the pandemic, and then by a war that is harming peace and development on a global scale. Nor is it a coincidence that war is returning to Europe at a time when the generation that experienced it in the last century is dying out. These great crises risk anaesthetizing us to the reality of other ‘epidemic’ and other widespread forms of violence that menace the human family and our common home. All this points to the need for a profound change, a conversion, that disarms hearts and leads us to see others as our brothers or sisters. We grandparents and elderly people have a great responsibility: to teach the women and men of our time to regard others with the same understanding and loving gaze with which we regard our own grandchildren. We ourselves have grown in humanity by caring for others, and now we can be teachers of a way of life that is peaceful and attentive to those in greatest need. This attitude may be mistaken for weakness or resignation, yet it will be the meek, not the aggressive and the abusive, who will inherit the earth.” Yes, senior citizens have an important role to play even in India today – which has mainstreamed hate and violence, divisiveness and discrimination. The elderly must play a healing role.

As one celebrates another ‘World Day of Grandparents and the Elderly’, those who still do fall under the category of ‘seniors’, are called to revisit and celebrate the warmth and love, the sacrifices and generosity, the selflessness and the sensitivity: that ‘revolution of tenderness’, which one may have experienced from one’s own grandparents and the other elderly in families and communities. Today, one needs to accept and appreciate that the elderly too have their rights which include the right for independence, participation, care, self-fulfillment and dignity. The younger ones need to work towards the realization of these at all times! Grandparents and elderly, particularly today, must be cared for. There should be no debate about this. It is non-negotiable.

Pope Francis in his message also provides hope for the grandparents and elderly, “We can resonate with the heartfelt prayer of the Psalmist: ‘Do not cast me off in the time of old age; forsake me not when my strength is spent’ (71:9). Yet that same psalm – which meditates on how the Lord has been present at every stage of our lives – urges us to persevere in hope. Along with old age and white hairs, God continues to give us the gift of life and to keep us from being overcome by evil. If we trust in Him, we will find the strength to praise him still (cf. vv. 14-20). We will come to see that growing old is more than the natural decline of the body or the inevitable passage of time, but the gift of a long life. Aging is not a condemnation, but a blessing!”

Yes, ageing is a blessing! Happy grandparents and elderly day!