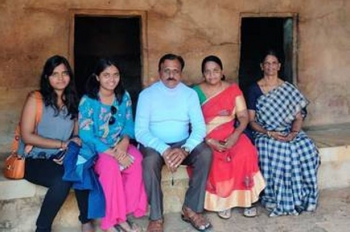 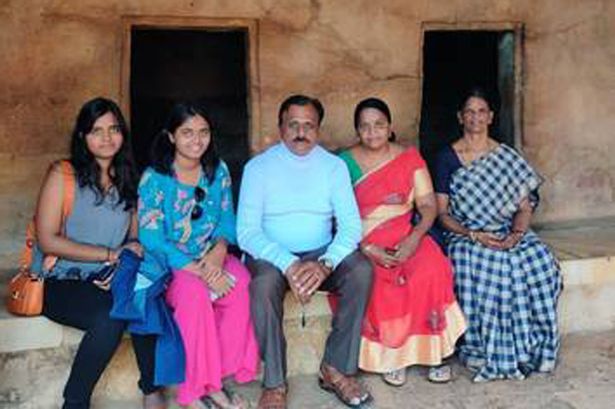 A well-educated, affluent family sacrificed their two adult daughters, propelled by a blind belief in tantric rituals and reincarnation, at their residence in Sivalayam street of Madanapalli town in Chittoor district of Andhra Pradesh. The couple bludgeoned their two daughters Alekhya (27) and Sai Divya (22) to death proclaiming the end of Kali-yuga and the arrival of Satya-kaalam.

In India, several such instances have been reported in pockets where people offer lives to their village goddesses, usually the followers of the Goddess Kali. At the Kamakhya Temple, one of India's holiest pilgrimage sites near Guwahati, it is alleged, that human sacrifices are made at midnight, on the day of Ashtami during the 10-day autumnal Durga Puja to the Mother Goddess Shakti.

The well settled and respected teachers in the Chittoor district town, 120 km from Bengaluru is learnt to be not in their mental stability. Dr V Purushotham Naidu, M.Sc., M.Phil, Ph.D, is an associate professor of chemistry at the Government Women's Degree College in Madanapalle, while his wife V Padmaja, M.Sc., (Gold Medalist) is the correspondent of Masterminds IIT Talent School, a private education institute.

Alekhya had an engineering degree and a post graduate management degree from the Institute of Forest Management at Bhopal. She had worked as a project manager for six months and had returned home to prepare for the civil services exam. Her younger sister was a business management graduate and was pursuing a career in music at a Chennai institute. Both came home during the lockdown last year and the family had little contact with the outside world.

Lord Bhairav or Bhairon is an incarnation (avatar) of Lord Shiva and is widely worshipped by tantriks and yogis to gain various siddhis. Bhairon is regarded as the protector and the kotwal. In astrology, Lord Bhairav is the Lord of star (graha) Rahu, so to attain the maximum benefits of Rahu, people worship Lord Bhairav.

Earlier, 11 members of the Chundawat family from Burari in Delhi, following occult practice, were found dead in 2018. Ten family members were found hanged, while the oldest grandmother was strangled. The recovered handwritten notes stated “attaining salvation”, ‘badh tapsya’, which indicated that one has to get into a formation like a banyan tree whose branches are hanging.

According to the police, the family became extremely superstitious and indulged in various tantric rituals from the last several months, confining themselves to their home, not even allowing the maid inside. The couple resisted shifting of the bodies for post-mortem, claiming that their daughters would come back to life by morning. “The way the couple is talking, it seems they have transcended to a different kind of world. They are asking us for one day time, saying that they would bring their kids back to life. They are refusing to explain how it would be possible. It is Srishti-rahasyam”, they say.

Only the four were present inside the house at the time of the crime. The couple has admitted to the crime. Social media posts by the two girls suggest that they were willful participants in the shocking rituals. “Work is done!” “Shiva is coming!!!,” posted Alekhya from her Instagram account four days ago. The scalp hair of the girls was partially tonsured and one of the bodies was recovered from the puja room. Several literatures related to religious leaders like Osho, Meher Baba were also found in their home.

The couple told police that some miracles were occurring in their house for the past few years. They said they had received a divine message to sacrifice their daughters, as Kali Yuga is going to end and they will get rebirth in the beginning of Satya Yuga.

Neighbours told police that they had been hearing strange sounds from the house for the last four days, but the couple told them they were performing special pujas. At around 9 pm on the fatal night, Naidu called up a friend and told him his daughters had been sacrificed to the Almighty. Shocked, he alerted police who rushed to the spot. The couple initially stopped police from entering the house, stating rituals were being performed. When police officials forcibly barged into the house, it was in disarray with objects of tantric worship strewn everywhere. The body of one of the daughters was lying in the puja room while the second daughter’s body was found naked and in a pool of blood in a bedroom on the second floor.

Sai Divya was bludgeoned with a dumbbell while her sister was killed with a trident. Naidu has since come out of his "trance" partially. He couldn't bear to see his daughters bleed to death and called his friend, who alerted the police. But his wife continues to make delusional statements. "I am Shiva. Coronavirus came from my body, not from China," Padmaja said yesterday, resisting a Covid test in prison in Chittoor. "I am telling you corona virus will go away by March. No need for vaccines.'' As her husband tried to reason with her, she snapped: "Right now, you are not my husband. I am Shiva."

Had the police not intervened, the couple would have killed themselves too, in the belief that all of them would later come alive. The couple claimed that they had witnessed the supernatural in the past. "My daughter had a skin allergy and it disappeared with prayers,'' the father said.

According to Hindu scriptures, the Goddess Chamunda also known as Kali killed and drank the blood of Raktabija, who had magical abilities.  (Devi Mahatmyam, Chapter 8: 40-41 Raktabija Vadham) The Hindu Mother Goddess Chinnamasta portray her head decapitated, while holding her own head, which is drinking from one fountain of blood coming from her neck, and the other two fountains being drank by two attendants.

In Torah, the five sacred books in common for Muslims, Jews and Christians; human sacrifice is completely forbidden. In Leviticus 19: 31, Lord says, “Do not go for advice to people who consult the spirits of the dead, If you do, you will be ritually unclean, I am the Lord your God.” And in 20: 2 it says, “Whoever gives any of his children to be used in the worship of the God Molech shall be stoned to death by the whole community.” In Islam only animals are sacrificed, and it can only be certain animals, and it serves two purposes; as a symbol of submission to Allah, and provide a means of charity for the needy, defended a Muslim clergy.

Dr Ashwni Dikshit, Professor and HoD-Botany Department, Guru Ghasidas University, Bilaspur is of the opinion that both the human or animal sacrifices are inhuman and an unethical act. God has given equal right of survival to all living creatures.

In the philosophical or theological context, an avatar means a manifestation of God upon earth in corporeal form, which can be that of a human being or any living being. As an incarnation, God lives upon earth, goes through the same lifecycle as other living beings to resolve some fundamental problems of existence. It is always to set things right, to resolve some problem, or destroy evil. Any tantric rituals, or an occult practice, or a superstitious act is not acceptable in this modern world of science. It cannot be tolerated, and that too, never at the cost of a human life.