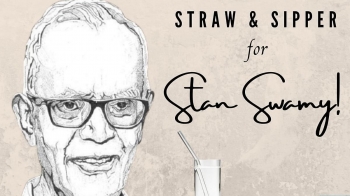 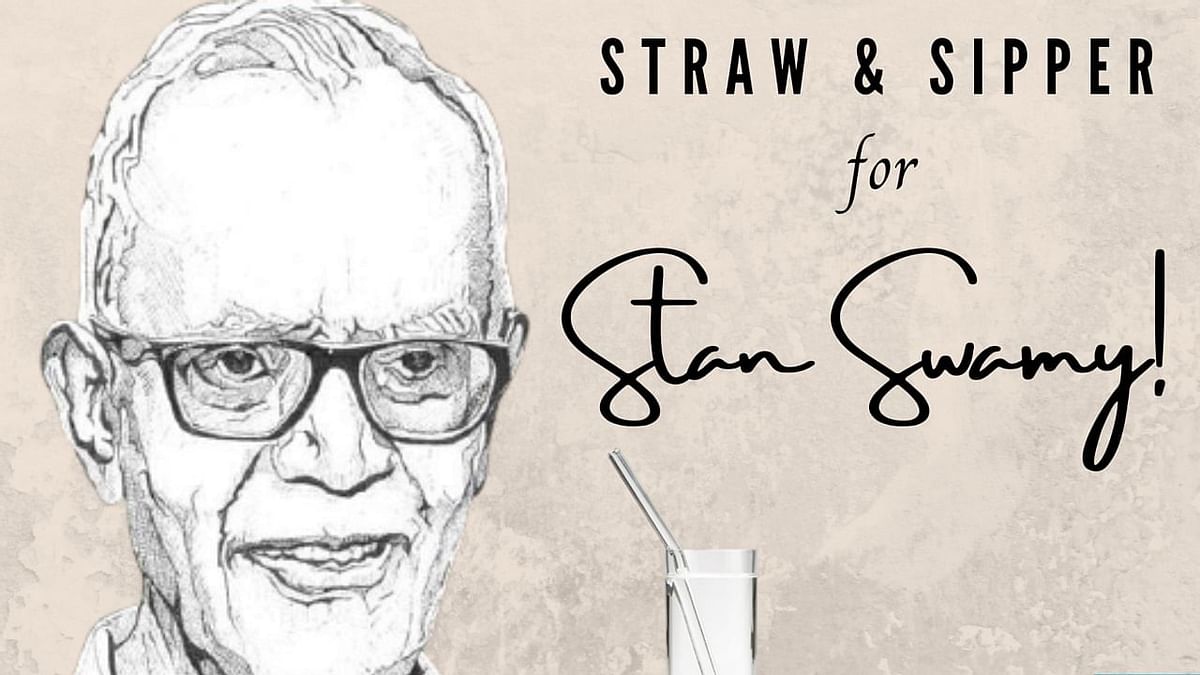 In 2013 as he prepared to launch himself from the Chief Minister’s chair in Gujarat to the Prime Ministership of India, Mr Narendra Modi decided to outmanoeuvre party seniors and opposition ideologues by targeting Muslims as the main enemy and projecting himself as the only saviour of the nation and of the Hindu faith.

His gamble paid off. The election campaign was savage, blisteringly abusive, deeply polarising.  But successful. Mr Modi won with a good majority.

The die was cast for the future. The nation was scarred and polarised. As deeply as it had been in the wake of the Partition. The promise of development, employment and infrastructure was incidental, and added a sizable number of youths to the list of party supporters.

Mr Modi did not put up a single Muslim candidate in the election. “His” Lok Sabha had no Muslim other than those who came in on a Congress, Samajwadi, TMC or some other regional party ticket.

It was historic, in a dark, gloomy, macabre sort of a way. Mr Modi had a Muslim in the Rajya Sabha. The BJP hadn’t even one Christian in Parliament and it took quite some time before they could install a token junior Christian minister. [At present they have a Christian and two Muslims in the Rajya Sabha, and a Christian Adivasi from North Bengal in Lok Sabha.]

Mr Modi repeated the candidate selection and campaign strategy in the 2017 Uttar Pradesh Assembly and the 2019 Lok Sabha elections, with similar stunning results. His protégé Ajay Singh, known as Yogi Adityanath and currently the Chief Minister of Uttar Pradesh, has learnt from the master. Debuting in the Lok Sabha two decades ago, the Yogi is in many ways Modi’s senior in communal speech from a national platform of the importance of Lok Sabha.

It is quite clear that ignoring the Muslims, in fact criminalising them, will be the cutting edge of the campaign strategy in the forthcoming elections in U.P., the biggest of the five states going to polls between February 10 and March 7. The other States are Uttarakhand, Punjab, Manipur and Goa. Of these, Punjab is ruled by the Congress while the rest are in the control of the BJP and its allies.

Muslims number approximately 15% of the national population, and of the electorate, spread all over the country, and coagulating around historic towns and qasba. In UP, they are about 19.5%, with ten districts having from 30% to 47% of the minority community.

Muslims are not electorally important in the other four states. Sikhs matter in the Punjab. They were in the lead of the farmers’ agitation for the withdrawal of the three farm laws which led to Modi’s public humiliation in having to withdraw them, and in the process losing BJP’s long-time ally Akali Dal.

The party will seek to present a developmental and even secular face in Goa, Manipur and Punjab where it is now an underdog.

But it has already lit its flamethrower “Hindu versus Muslim” Brahmastra in the massive electoral terrain of Uttar Pradesh with its 403 Assembly seats, and the potential to change not just the layout of the Rajya Sabha in the immediate future, but the tone of the 2024 general elections too.

Uttarakhand, once a part of UP, but with very little Muslim presence, may still benefit from the winds blowing up the hills from the plains of UP, requiring only minor tweaking for the caste struggle between the Brahmins and the Thakur in the Himalayan foot-hills.

Uttar Pradesh and Uttarakhand are already lit by hate speeches. The Dharam Sansad in the holy Ganga city of Haridwar in December saw saffron clad political seers calling upon the Indian Army to join them in a genocide of Muslims [and Christians].

Yogi Adityanath spoke at a conclave organised by government-run national television Doordarshan recently. “It will be an 80% versus 20% in UP polls and the BJP will retain power. The 80 per cent supporters will be on one side while 20 per cent will be on the other. I think 80 per cent will move forward with positive energy whereas 20 per cent have always opposed and will oppose further,” he said.
His snigger left the meanest intelligence in no doubt that by 20% he meant the Muslims, while the 80% was the Hindus who he thought agreed with his ideology.

His political opponents have charged him with inflaming communal passions. Which of course he is doing. But he seems sure the Election Commission will overlook his loaded statements. They have done so these last seven years, as have the courts. Even civil society thinks the Election Commission is toothless in this regard. More so after being summoned to a meeting at the Prime Minister’s Office. The meeting was unprecedented.

A spokesperson of the Samajwadi Party (SP) said: “This is what he [Yogi] and the BJP are best at — communalism and hate politics. It’s a clear communal statement, but now all such statements will go unnoticed. Hindu-Muslim or hate politics won’t count this time, people have already made up their minds to oust this government.”

But as a measure of ample caution, Samajwadi Party’s chief Mr. Akhilesh Yadav appealed to the Election Commission “to watch out for the language and speeches of the BJP leaders.”

Bahujan Samaj Party (BSP) president Mayawati also expressed concern over the “increasing” use of religion in politics. “In the past few years, during the elections, there have been attempts to derive electoral advantage using religion. This impacts the election and the entire country is worried about this,” she said.

The dog-whistle Mr Modi and Yogi blow makes it clear that their objective is to annihilate the political presence of the Muslims in national life.

This is seen as the first step in the establishment of a Hindu Rashtra with a Common Civil Code and no franchise for Muslims and Christians as envisaged by Savarkar who conceived of Hindutva, and the RSS’s founding fathers Hedgewar and Golwalkar.

Without a political voice in Parliament and major legislative Assemblies, any community would be made to feel like second class citizens, at the mercy of the majority and its political leadership.

The Yogi, who is the head of the Gorakhnath cult’s chief math at Gorakhpur, in his five years in office had used the state machinery, and particularly its police, to harass and intimidate the Muslim community.

There have been indiscriminate arrests under the Unlawful Activities Prevention Act, known as UAPA, of dissidents, activists and Muslims. The most recent has been the tweaking of the anti-conversion laws to arrest Muslim youths in a relationship with Hindu women, or who have already married Hindu women. Inter-religious marriage, known sometimes as Love Jihad, just a term in Kerala where it was invented, has become a crime under the law in Uttar Pradesh. [This is also so in other north Indian states ruled by the BJP, specially.

Madhya Pradesh, Haryana and Gujarat, with Karnataka trying hard to join them.]

Mr Modi has done much to deepen Hinduism in the UP landscape. The starting of the work on the Ram Temple in Ayodhya and refurbishing Varanasi, also his Lok Sabha constituency, have further cemented Modi’s image as the Hindu “Hridaya Samrat," ruler of the Hindu heart. And heartland, presumably. Many feel it was his pressure that made the Supreme Court rule in favour of the Hindus in the Babri Mosque ownership case.

The affirmation of the Hindu supremacy continues. On the eve of the Assembly elections, Vishwa Hindu Parishad (VHP) and Bajrang Dal have been putting up posters around the ghats of Varanasi that read, “Non-Hindus are prohibited from visiting the Ganga’s bank in Varanasi.” Leaders of these groups shared on social media photos of themselves putting up these posters.

At the national level, even the 2006 Sachar Committee report had seen the political under-representation of Muslims and suggested ways to improve it, including a more rational delimitation of Scheduled Caste seats for Parliament and Assemblies. Gerrymandering, as the practice is known, has used delimitation to ensure that very few constituencies remain where a Muslim candidate can win on his/her own steam.

The big picture is that Muslims are thoroughly under-represented in Parliament, Assemblies and local bodies, community leaders have said.

Syed Mahmood Zafar, officer on special duty on behalf of the Central Government in the Sachar committee, has said that many constituencies reserved for SCs had a substantial Muslim population. As these seats fell in the reserved category, Muslims are not allowed to contest. With the 2017 Uttar Pradesh Assembly elections, Muslim representation in India’s most populous state plummeted from 17.1% in 2012 to 5.9%.

In the 12 Assembly elections, Uttar Pradesh had the highest number of 67 Muslim MLAs since independence. Later their number increased to 69. Of these, about 45 MLAs were from Samajwadi Party. Then 19.5 percent Muslim population of the state got 17.1 percent representation in the Assembly.

Outside of the elections, a different victory is being declared. “No matter who comes to power, we will not allow Muslims to rise up. We are in the process of awakening our youth. We will get mullahs out of graves and finish them from their roots. Wait for April 2, you will see we will create a situation where Muslims have to either convert to Hinduism or they will be sent to Pakistan,” Hindutva leader Pinky Chaudhary declared at the August 8, 2021 rally at  Jantar Mantar in New Delhi.

And two months later, Upadhyay, Hindu and Sharma attended the Haridwar ‘dharam sansad’ or religious parliament, held from 17-19 December 2021, which called for a genocide against Muslims, attacks on Christians, arming Hindus and insurrection against the government if it did not allow ethnic cleansing.

Inevitable, if the 20% have been politically cleansed already.