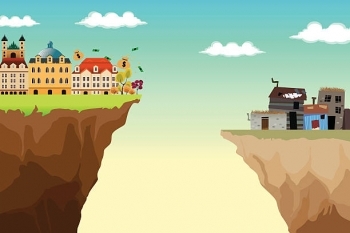 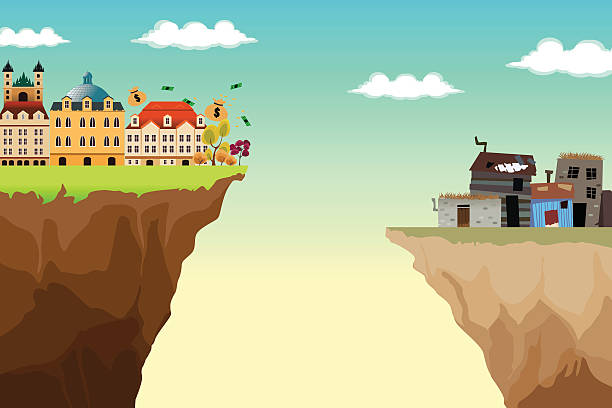 Around two months ago, India’s fastest growing businessman remarked that if India became a USD 30-trillion-economy by 2050, no one would go to bed on an empty stomach.

While speaking at a conclave, Gautam Adani said, “We are around 10,000 days away from the year 2050. Over this period, I anticipate we'll add about USD 25 trillion to our economy. This translates to an addition of USD 2.5 billion to the GDP every day. I also anticipate that over this period, we'll have eradicated all forms of poverty.”

He anticipated that the stock markets would add about USD 40 trillion in market capitalisation, which translated to an addition of USD 4 billion every day until 2050. “Uplifting the lives of 1.4 billion may feel like a marathon in the short run, but it's a sprint in the long run," concluded Adani.

Well, those who attended the conclave would have actually felt that the person, who is now a frontrunner for the richest person in the world, also thinks of the poor. We can only wish that India’s growth story could also lead to the growth of each and every fellow citizen. However, it all seems to be a figment of the imagination!

Incidentally, the industrialist, who runs a slew of businesses from airports to ports to power generation to distribution to cement manufacturing to infrastructure development, has added USD 49 billion to his wealth in 2021! The figure is much higher than the world's two richest persons – Elon Musk and Jeff Bezos – at that time. Jeff Bezos has moved to the third position recently.

In fact, during 2020 when the entire world came to a standstill due to the pandemic, Adani’s wealth grew at a much higher speed than the coronavirus! Immediately before the onset of the pandemic, he bought a lavish bungalow at one of the posh localities of the national capital. Unlike Ambani’s Antilia, not much has been written about his bungalow. However, the land size is much bigger than that of Ambani, if reports are to be believed.

In the month of February, Adani overtook Ambani to become Asia’s richest person. His net worth stood at USD 88.5 billion at that time. In a matter of five months, it stands at USD 115.5 billion! Be that as it may, his growth rate is certainly exponential!

Of late, Forbes has placed him at the fourth place in the list of world’s richest people. Incidentally, he just crossed Bill Gates, who has been donating his wealth to charity and who wishes to be kicked off this list.

Let us see how India's economy fared during the last two years. The continuous lockdown in the year 2020 followed by the second wave in a few months from the unlock phase, had jolted the Indian economy. Despite this, we are termed as the fastest growing country. However, there is a caveat to this statement.

The combined fiscal deficit of the Centre and the states is more than 10 percent of the Gross Domestic Product. It only means that the government had to print more money to keep the machinery called the Indian economy going. It is an established fact that growth at the cost of fiscal consolidation is not a good practice.

We saw a similar trend in the pre-liberalisation period. In fact, India has registered a growth rate of 5.3 percent in the 1980s. However, high fiscal deficit had brought the country on the verge of bankruptcy. High fiscal deficit increases the current account deficit leading to inflation and exhaustion of foreign reserves.

During 2020-21, the Centre had a fiscal deficit of 9.6 percent, understandably to combat the emergency posed by the Covid-19 pandemic. The economic slowdown had impacted the revenue. The government had no option but to print more money. The deficit was reduced to 6.9 percent in 2021-22. The finance minister has projected it to be at 6.4 percent, which is at a higher end.

Of late, a lot is being talked about global recession in view of the Russia-Ukraine war. Experts in our country have been maintaining a stand that the Indian economy is strong enough to bear this jolt. At least the economic facts do not validate such statements.

One, foreign investors have been exiting the Indian market. Resultantly, the current value of the Rupee has gone down considerably. The exchange value of the dollar has touched Rs. 80. Generally, recession is tackled by printing more money, which means higher fiscal deficit. In the current scenario, where fiscal deficit is already high, it will be suicidal to increase it to the levels of the covid year.

A government which believes in populism will find it tempting to print more money for political reasons, a move which may not gel well with the foreign investors. The rupee may further plunge, giving way to inflation, making people at the bottom of the pyramid more vulnerable.

While people like Adani may continue to make wealth, the poor will become poorer day by day. The last few years beginning with demonetisation, imposition of GST, the sudden economic closure due to the pandemic, have affected the poor badly. The ongoing war between Russia and Ukraine has triggered retail inflation. Items of daily use have become expensive. Fuel prices have touched new heights.

On the top of it, the government’s decision to levy taxes on essential items will only make their life miserable. If one looks at the latest unemployment data released by the Centre for Monitoring Indian Economy (CMIE), it has shot up to 7.8 percent in June, with a loss of 13 million jobs, mainly in the agriculture sector. Not only this, 2.5 million people lost jobs amongst the salaried employees.

The government reduced the demand for armed personnel of late by announcing a new scheme. The job opportunities in the private equity-funded market have also started reducing. The situation is all-the-more worrying. High inflation coupled with reducing income levels, will only add more people to below the poverty line, increasing the pressure on government-funded schemes like the national food security act (NFSA), NREGA etc.

This only means more fiscal deficit, malnutrition, impacting the lives of children, women and the elderly. The youth who is left with no avenues to earn a livelihood, is more likely to contribute to social evils like drug addiction, crime etc. Uneducated, unskilled, unemployable youth will only add on to the economic burden. Unlike Japan, India will not be able to leverage this period when the young population is higher than ageing ones.

A report from the international food policy research (IFPRI) published a few days ago should set the alarm bells ringing. The institute has estimated that India’s food production is likely to reduce by 16 percent due to climate change. We have already witnessed the plunge in wheat production this year forcing us to stop exports. The quantity of wheat being distributed through the public distribution systems under schemes like NFSA have also been reduced. At many places, wheat has been completely replaced by rice and other cereals.

One can easily imagine how defective government policies, where the rich are favoured at the cost of the poor, will make the poor poorer year on year. It is because of this reason that India’s growth story has not been able to transform the lives of the marginalised and the underserved.

When it comes to the poor, the government looks at them from the lens of potential voters not as growth catalysts. The likes of Nirav Modi, Vijaya Mallya etc. enjoy the clout to exploit the system to their favour while the common man struggles to get a loan approved for setting up his enterprise.

As far as Adani’s statement is concerned, it certainly speaks about a world that seems to be Utopian. We can only imagine a world where no one sleeps with an empty stomach. It can only happen if the government does a serious introspection, introduces taxes to regulate the unquestioned growth of a few and invests the money for the benefit of the poor, something on the lines of Thomas Pikkety’s world as presented in his book “Capitalism in 21st Century”.

As of now “Sabka saath, Sabka vikas, Sabka vishwas” is a mere slogan, aimed at winning votes of the people not their hearts. We are set to see the rise of Adanis and Ambanis but not of the poor, who will remain trapped in the inter-generational cycle of poverty.