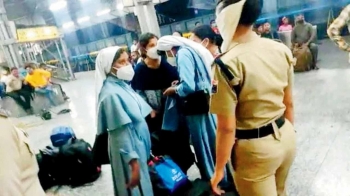 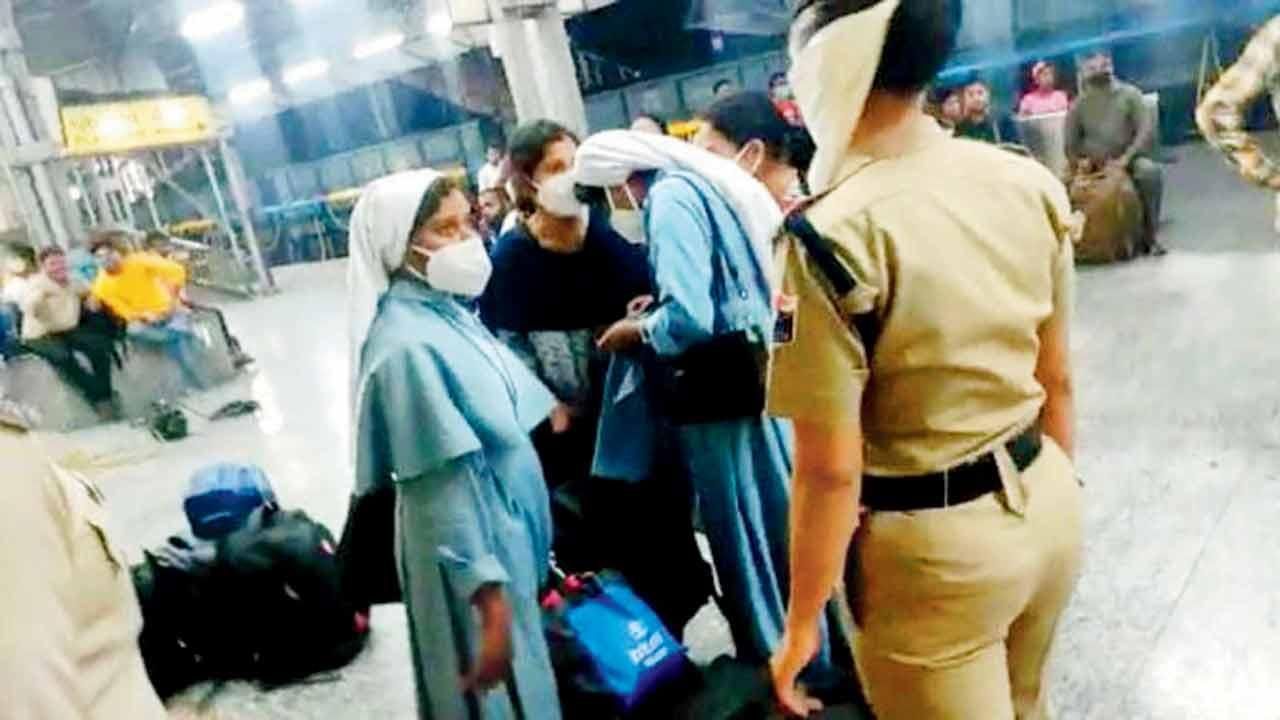 The ‘turncoat’ Christian leaders might pontificate portraying a picture of secular India under the BJP-rule. A section of the Church authorities might say that everything is hunky-dory for the Christians, and other minorities, under the saffron-rule. But the ground reality is far from what they want us to believe. The latest incident at Jhansi in Uttar Pradesh, where Catholic nuns and postulants were forced out of the train they were travelling in, should open the eyes of those who are in deep slumber. With confirmed tickets, two nuns and two postulants were going from Delhi to Odisha when suddenly all hell broke loose. They became sitting ducks for the Sangh Parivar activists. The nuns were accused of taking the postulants for conversion. Though the postulants vowed that they were born in Christian families, yet the goons would have none of it. The nuns and the postulants were forcibly taken to a police station. Their agony ended only after Church authorities and other officials in Jhansi and Delhi intervened.

This is not an isolated incident as many in the BJP and the Sangh Parivar would want us to believe. There had been incidents of assaults on priests, nuns, seminarians and laity at different places in various states though the BJP-ruled States are at the forefront of such crimes. Unfortunately, most of these atrocities are brushed under the carpet and the culprits go scot-free. In some cases, instead of filing cases against the marauders, FIRs are registered against the victims. One need not go back to what happened in the Dangs in Gujarat or Kandhamal in Odisha years ago to expose the Hindutva proponents and their venom-spewing supporters. Incidents in the recent past are glaring examples of how constitutional rights and freedoms of citizens are flouted with impunity.

Instead of condemning the attacks in the strongest words and exposing the powers that lend tacit support to the attackers, Church leaders are seen going soft on them. Reactions of Church authorities on the Jhansi incident leave much to be desired. The spurt in attacks against minorities should be seen in the background of the new anti-conversion laws enacted in the BJP-ruled States. They give more teeth to the authorities and new energy to the Hindutva elements to subject minorities to torture. In the face of the violations of the rights of minorities and attacks against Christians, the Church leaders’ knee-jerk reaction is tantamount to turning a blind eye to them. They should announce their unequivocal opposition to the unjust laws and unbridled actions of the saffron brigade.

The Christian missionaries are at the forefront of providing succour to the Dalits, Tribals and other marginalized sections of society. The oft-repeated ‘conversion bogey’ raised by the Sangh Parivar has failed to click as hardly anyone has been convicted under the Freedom of Religion Acts existing in several States. The Church should not be mesmerized and enthralled by the sweet talk of the government and assurances like ‘the guilty would be punished’. These are vain promises made to be broken. This is evident from the repeated attacks on Christians and their institutions. Let not the Church wait for the crumbs that fall from the tables of the ruling party. Eternal vigilance is the price for liberty. Or else the vigilante groups will continue to hound the minorities.