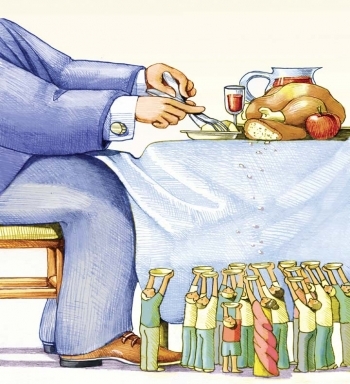 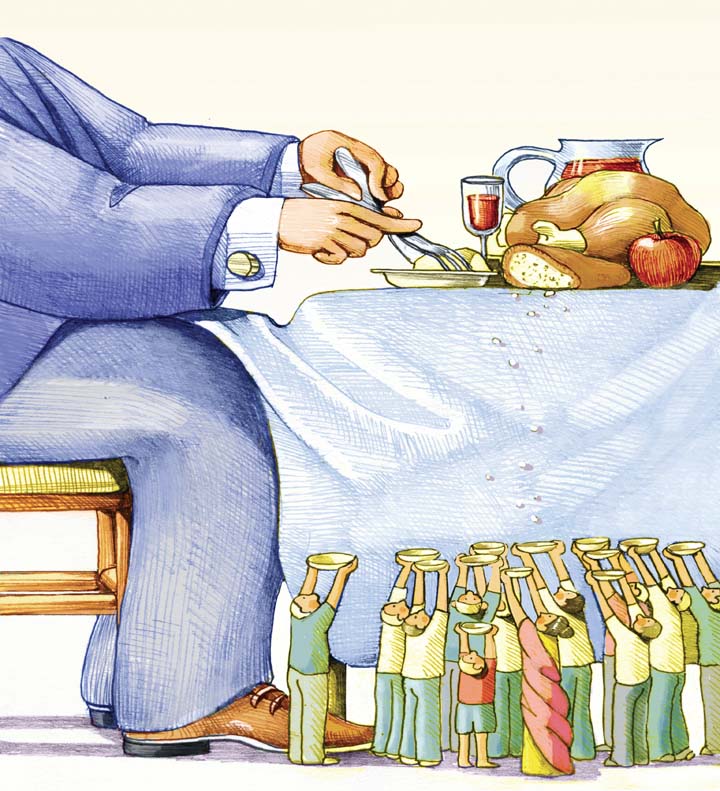 To become rich is anyone’s dream; to be the richest among all could be the ultimate dream of some. This is true of both individuals and countries. The recent news that Gautam Adani, the Indian business tycoon who is the chairman of the Gujarat-based Adani group, has become the fourth richest person in the world, toppling the Microsoft founder Bill Gates, is sure to warm the cockles of many hearts.

A similar news is emerging that India is closing in on the United Kingdom on the Gross Domestic Product (GDP). In the near future, we might go to town tom-toming that India has become the fifth largest economy in the world.

It was not long ago that the ruling party leadership went gung ho over Prime Minister Narendra Modi’s declaration that India would be a $ 5 trillion economy by 2024, though we are nowhere near the target. But the tragedy is that the growth story of India’s richest persons like Adani and the much-touted ‘galloping economy of the country’ do not translate into progress and prosperity for the common man.

The real test of the ‘country’s richness’ lies not in national GDP or the wealth of the richest in the country, but in per capita GDP. Regrettably, the nation has failed its people on this indicator. With a per capita GDP of $ 2277, as per World Bank reports, India is only slightly better than the Republic of Congo, Angola and Nigeria. Adding insult to injury, countries like Ghana and Bangladesh have better per capita GDP than India.

Higher the per capita GDP, the more prosperous its people would be. For example, the per capita GDP of France, a country India overtook to claim the sixth slot among the largest economies, is 20 times more than that of India.

Reports suggest that the number of billionaires have gone up from 102 to 142 during the pandemic in India, and their wealth increased from Rs. 23 trillion to 53 trillion, but the fortunes of ordinary mortals have gone down. The stupendous performance by a few rich people has not boosted the state of affairs of the brute majority of population.

In most of the development parameters like global hunger index, world happiness index, human development index and many more, India’s place is in the ‘hall of shame.’ Neither the national GDP nor the number of the rich is the yardstick for measuring the prosperity of the people.

The demeaning level of income inequality is a slur on the largest democracy in the world. Drastically reducing the inequal distribution of income and wealth is the sole solution to the appalling and disgraceful condition of the poverty-stricken people in India.

The government run by a ‘party with a difference’, though whatever it means, has to resort to unpalatable measures to strike at the root of income inequality; it has to take harsh measures to ensure more money in the hands of the common man. An increase in per capita income should be the motto of the government. Its target should be to make the country’s growth more inclusive. It is absurd that the revenue of top 10 per cent of the population is equal to the revenue of the bottom 64 per cent. This is not governance with a difference, but governance for a few.